ASWSU unsure on plans after break 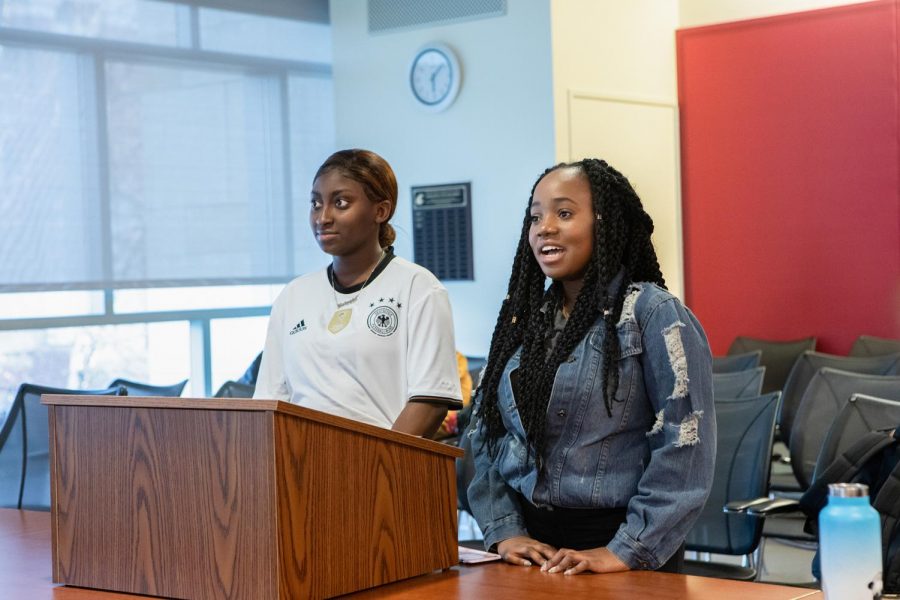 African Diaspora Association representatives requested funding for their Afrogala event. ADA is denied because they would have made a profit. The issue is tabled for the next meeting.

Martian said that there are still bills that need to be passed and resolutions that need to go through. It is unknown how many senators plan on returning from break, she said.

“I’m hopeful that this will not be the last senate meeting,” Martian said, “because there is still lots of work to do.”

Advisor Ashley Morehouse said the senate will continue to meet since it is a smaller group of people. She said they must be vigilant about disinfecting surfaces. She also said that if anyone feels sick, they should stay home.

She said there is a possibility the senators may use a program such as Zoom or Facetime to be virtually present in meetings.

The Afrogala will be at 6 p.m. in the SEL event center on April 4. Events include a fashion show, dancing, awards ceremony and dinner.

Semakula and Elongo requested the funds to cover catering costs for the dinner.

The event has already received funding from WSU’s International Student Council and will be selling tickets to students and community members. With the added ASWSU funding, the event would be making a profit which would render it ineligible for ASWSU funding, Martian said.

The senate tabled the motion and will revisit the issue at the next meeting.

In addition, administrative assistant Albert James announced that he will be stepping down from his position on Friday, March 27.

James said the application for senate administrative assistant will be reopened. He said he hopes a new assistant can be confirmed at the next senate meeting.

He said that he plans on working with his successor, ensuring that they are ready to fulfill the duties and responsibilities of the position.

James said his position in ASWSU has allowed him to build lasting relationships and develop diverse opinions.

“I cannot express my gratitude to this body and to you all for welcoming me here,” he said.

James said that he is stepping down from the position after taking into consideration his current financial obligations and the success of the overall organization. He said he is seeking a new administrative position within the organization.

“Unfortunately,” James said, “this won’t be the last time you see me.”