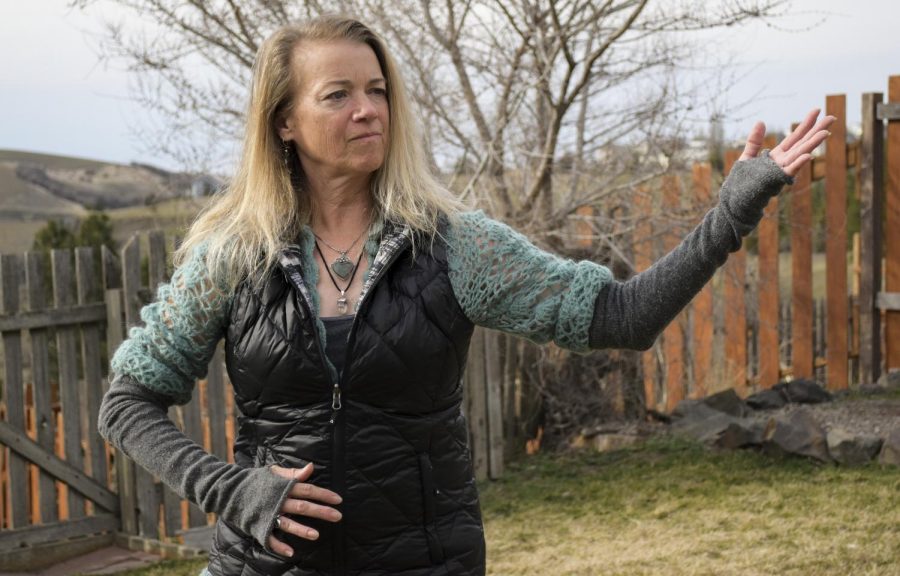 From her house in Pullman, Janet
Keeney-Valenza teaches her students yoga, tai-chi and how to appreciate the
body.

Valenza also tries to teach them
how yoga and tai-chi apply to everyday life, such as posture and healthy ways
to hold your feet.

Amber Wright, owner of Amber’s Grooming
Salon, said she practices both yoga and tai-chi with Valenza. She said a friend
told her about Valenza and she’s been practicing with her since.

“[Valenza and I] go through and she
takes each step of each series that she teaches and really breaks it down,”
Wright said. “She’s very good at communicating that to us, what we need to do
to be able to get the best energy flow.”

Valenza said
she started doing yoga three to four times a week and became so interested in
yoga and Hindu culture that she took a sabbatical for six months and did yoga
training at a Hindu temple outside Bangalore.

She said going to India was likely
the highlight of her life, and the six months changed her perception of the
world, seeing people with less than she had yet more content, compared to the
wealthier Houston she was used to, and she learned to be more grateful for
life.

Valenza also does nutritional and
hormonal consulting, inspired to start after a specialist helped her have
children through a new diet and medication. Valenza said she mainly consults
for women and hormonal problems.

“A lot of things that are hormonal
related, people don’t even realize it,” Valenza said.

She started by teaching yoga in
Boerne, Texas. Valenza said that while she was living there, she pulled out the
notes from her sabbatical and realized she could teach classes. She started
teaching classes she called “Yoga as it is,” meaning yoga as it is taught in
India.

Valenza said in these classes she
also incorporates Hindu philosophy by teaching a part of the five layers of
existence for the first fifteen minutes.

She came to Pullman after a ski
injury that left the left side of her body from mid-back to knee torn, Valenza
said. After going through multiple doctors and chiropractors, two of her
brothers brought her to Pullman to see a chiropractor they knew. Valenza said
that after their first session, she could bend her knee again. After four
months of therapy two times a day, seven days a week, Valenza was able to start
working again and decided to do so in Pullman.

Valenza taught personal training
and therapeutic yoga at Anytime Fitness, then at a studio in the Gladish Community
& Cultural Center. Now she does all her podiatry work, counseling and yoga
and tai-chi classes in her house.

“I love what I do. I wouldn’t
change it for the world.” Valenza said.