100 years later, where is the physics department now? 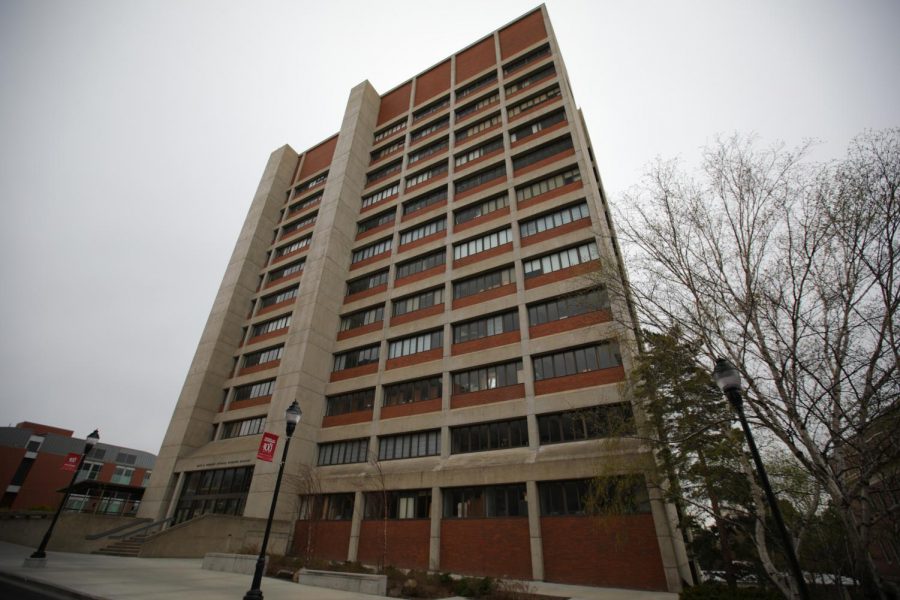 Since the WSU physics and astronomy department’s founding 100 years ago, researchers have made developments that make the program known worldwide.

Saam said these three men were Paul Anderson, William Band and George Duvall. Anderson helped develop ultra-high vacuum technology, Band was an influential theoretical physicist and Duvall helped build the shock physics program to be one of the leading programs in the world.

Along with being chair of the department, Saam researches atomic physics. He works with lasers, as well as leads a research group with graduate students and post-doctoral students.

The WSU physics and astronomy department is one of the smallest in the Pac-12 conference, Saam said. Other universities in the conference are double in size.

“We punch above our weight,” Saam said.

To celebrate 100 years, the department held a colloquium guest speaker series. The series started in January.

Peter Engels, an experimental atomic physicist, works with samples of atoms that assemble at low temperatures which are close to absolute zero, Saam said.

Engels’ work tells scientists a lot about the quantum physics world, he said.

This type of physics has a variety of applications, such as renewable energy technology, electronics and understanding the interior of stars, Saam said.

This type of physics tries to explain what happens when a material is compressed at a high level. Some objects vibrate or liquify when they are squeezed. The research is applied to when stars explode.

Researchers in this department set up cannons to blast materials into each other to simulate these conditions of extreme pressures and extreme temperatures, he said.

“It has applications for fundamental science,” Saam said. “It got its start here at WSU. This is the home of that whole area of exploration in physics.”

Mark Kuzyk, WSU regents professor, said he came to WSU in the 1990s.

His research focuses on materials that change shape when light hits it.

The most exciting application for his research is Kuzyk can morph material into whatever shape he wants with the light beams, he said.

Kuzyk started this research in the ’90s and WSU researchers were the only ones in the field, he said. The type of research just recently started to become popular in the science realm.

WSU received grants to study this area in collaboration with the University of Massachusetts, Kent State University and California Institute of Technology. The project will end this summer but they are looking to the future to further their research.

The material samples, which are plastic, sit in a chamber. The contraption is computer controlled. Then lasers direct the light to the sample.

If the length of the material changes microscopically, then it will not work, Kuzyk said.

Saam said when he came to the department he noticed the faculty is almost entirely made up of men. One of his goals this year is to hire more women.

“One of the things we’d like to do is as we move forward with new [faculty searches] is we’d like to address gender inequity and have better representation from women and other underrepresented groups,” Saam said.

Kuzyk said one of the more notable moments he has had at WSU was working with a female doctorate student from Greece during the ’90s.

Kuzyk left for a conference for two weeks and his student was given work to complete by the time he got back.

She tried and tried, but it was not working. The student was about to quit and thought about going home, so she decided to call her mother.

“Her mother said to her, ‘Good, because no women should be doing science,’” Kuzyk said.

Her mother’s words gave the student more motivation to keep working on the problems and she finished them two days before he returned to Pullman, Kuzyk said.

Three years after graduating, the student went to work with IBM and other research labs, he said. The person she worked for at IBM ended up winning a Nobel Peace Prize.

Now she is the senior director of a pharmaceutical company.

“When I was a grad student, there might have been one or two [women] in the department,” he said. “Whereas now we’ve had certain years where we’ve had lots of women in an incoming class.”