No stopping for ASWSU 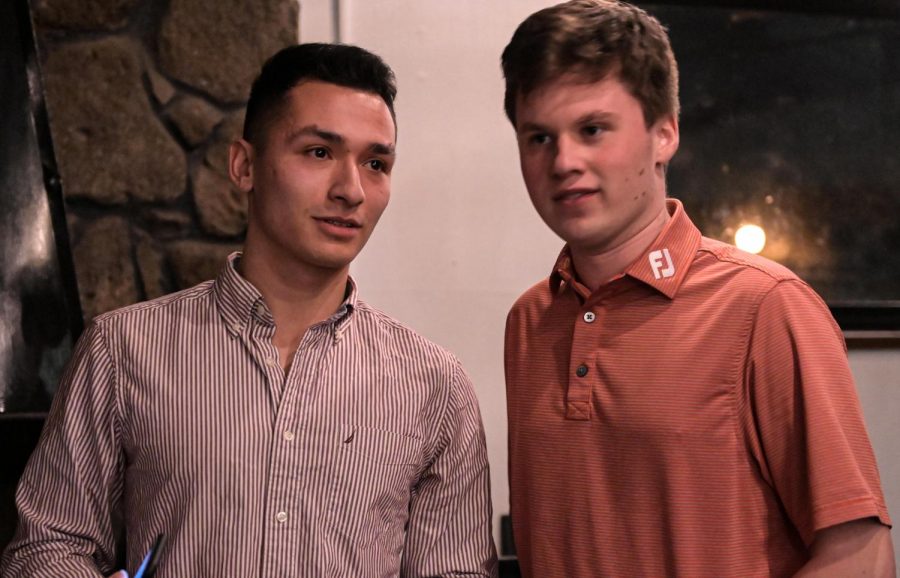 New President Curtis Cohen and New Vice President Sean Doster look over the results of the election on Wednesday night at the Phi Kappa Sigma House. The former candidates celebrated with a speech that ended with lots of hugging and clapping for the them.

Running the day-to-day tasks of the ASWSU executive staff and transitioning into it can be a daunting task, even more so with a stay-at-home order from Gov. Jay Inslee.

“The transition is like drinking from a fire hose,” ASWSU President Quinton Berkompas said, “and that’s on a normal year where you’re on campus and meeting in person.”

Curtis Cohen, ASWSU office-elect after winning the ASWSU election on March 11, said he enjoys face-to-face interactions and hiring his executive staff through Zoom is disappointing. 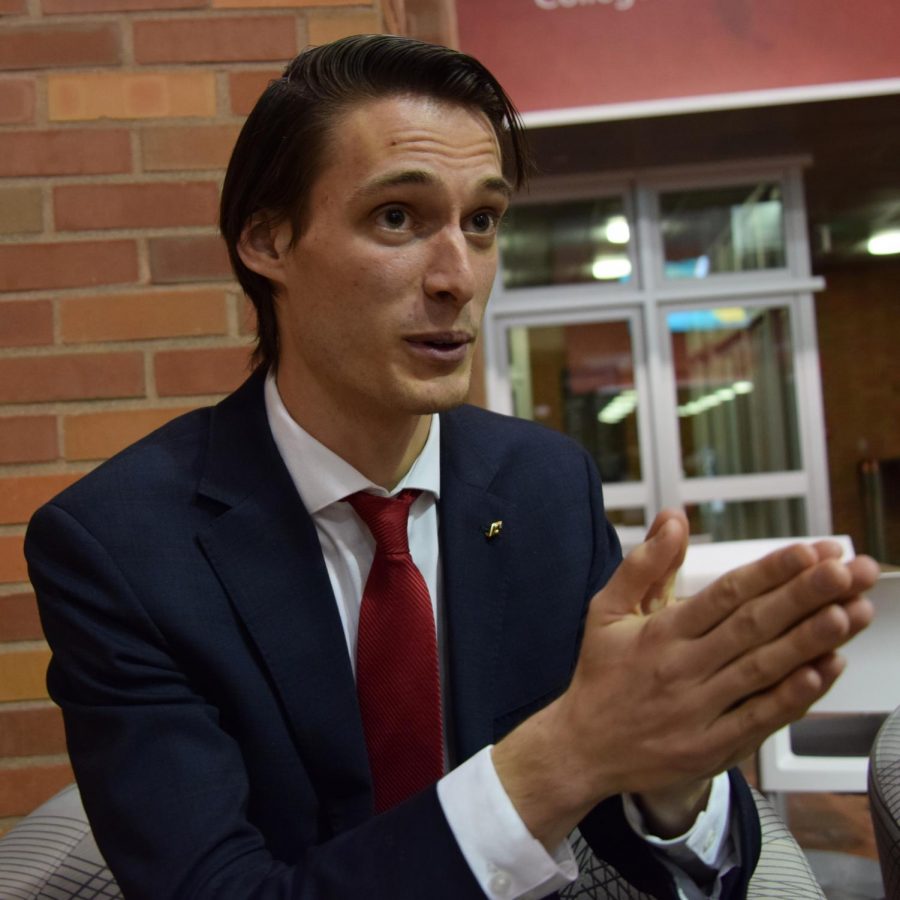 “Zoom is a great application, there’s a lot of things that can be done online,” Cohen said. “At the end of the day, nothing brings a true sense of relationship building like physical connection.”

Cohen and his running mate Sean Doster’s first step will be to hire a chief of staff, Cohen said. Once that is complete, they will work with their new hires to fill out the rest of the executive staff.

The chief of staff application is posted on Cougsync. The deadline to apply is 11:45 p.m. April 5.

Like much of WSU, ASWSU is conducting its daily business using Zoom meetings to continue operating, Berkompas said. Any scheduled public meeting like senate meetings will be open for individuals to attend on Zoom.

He said ASWSU is fully functioning and focused on new student issues that have arisen due to COVID-19, such as reimbursement for services and activities fees that students can no longer use.

“In a perfect world, we’d love to see students get reimbursed as much as possible,” he said. “While we’re closing certain resources like the Chinook or UREC, other resources are getting used more than ever.”

He said the university has not given answers to reimbursement questions because university leadership does not have the answers yet.

“That’s the phase we’re in right now,” he said.

WSU President Kirk Schulz tweeted on Tuesday that he drafted a university communication to address student reimbursement. He said the university hopes to release it to the public this Friday.

We are working on this – I have drafted a communication on this which we hope to have out on Friday. I want to be sure that we do not just answer the “if” questions – but also “how” these fiscal issues will work. #GoCougs https://t.co/qVSWANzDBS

“I want to be sure that we do not just answer the ‘if’ questions — but also ‘how’ these fiscal issues will work,” Schulz said.

Cohen said he is interested in working on reimbursement issues for students once he and his staff are sworn into office.

He said the day after he and Doster were elected, they met with Berkompas and Vice President Jhordin Prescott to ask for advice about their new roles.

“We’re definitely going to be reaching out to them for advice on how to conduct interviews for the executive staff,” Cohen said. “This is very unprecedented … so it’s something we’re just going to have to work through.”

Berkompas said he and Prescott are talking with Cohen and Doster as much as they can. He has full faith that they will be successful, he said.

“We were fortunate enough to meet before break in person,” Berkompas said. “They’re already getting started … Jhordin and I will do everything we can to support them.”