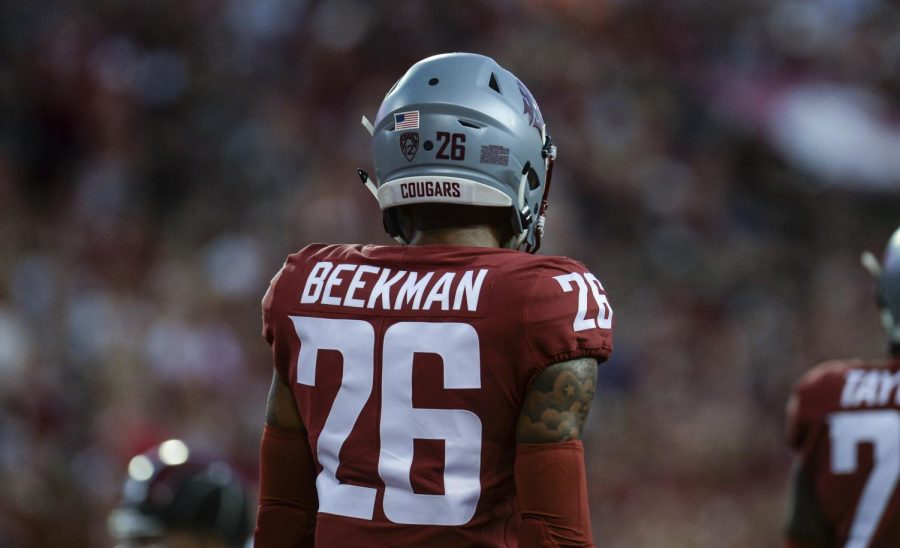 Then-redshirt junior safety Bryce Beekman walks on the field during a game against New Mexico State on Aug. 31 at Martin Stadium.

The death of Bryce Beekman, WSU student and redshirt senior, was confirmed Wednesday morning by the Pullman Police Department.

Pullman PD Cmdr. Jake Opgenorth said Beekman, 22, passed away in Pullman. Beekman is from Baton Rouge, Louisiana, according to the WSU Athletics website.

Any further information will be released by the Whitman County Coroner, he said.

According to a statement from WSU Athletics, WSU learned about Beekman’s death on Tuesday.

In the statement, Director of Athletics Pat Chun wrote that Beekman was “a tremendous young man [and] great teammate.”

Both Chun and Rolovich offered their condolences to Beekman’s family and friends.

Mike Leach, former head coach, said Beekman “always had a smile and a kind word for everyone” in a tweet on Wednesday.

Heartfelt thoughts and prayers go out to the Beekman Family and the Washington State University community. Bryce was an incredible kid who always had a smile and a kind word for everyone.