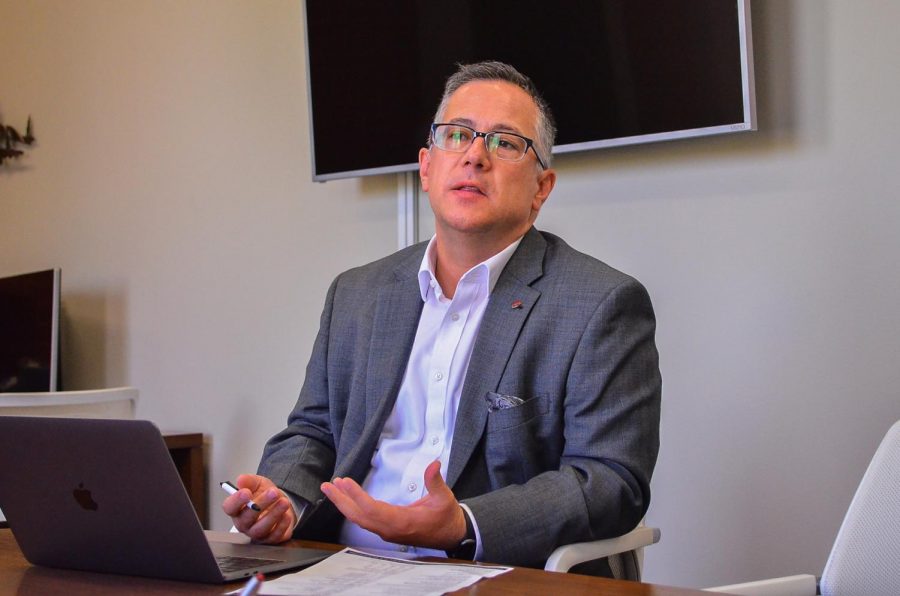 Phil Weiler, vice president of marketing and communications, said WSU is limiting the amount of staff hired to conserve money.

WSU is freezing salaries for executive leadership to prepare for potential economic turmoil as a result of COVID-19.

The university announced this decision in an email from the Office of the President and online on its COVID-19 website.

According to the announcement, the university is freezing the salaries of anyone with a dean, chancellor, vice-chancellor, vice president, provost or president position until at least June 30, 2021. This will keep their current salaries the way they are and suspend any wage increases during that time.

Phil Weiler, vice president of marketing and communications, said the university is expecting a decrease in financial support from state government allocation because of less revenue made in sales tax for Washington.

He said students are also experiencing financial turmoil and the university is preparing for a decrease in enrollment and tuition as well.

“It’s going to be a challenging financial situation for the foreseeable future,” he said. “The president has taken steps now to conserve as much cash as we can.”

Weiler said WSU is in as good of a shape as it can be because the university has recently come out of its fiscal recovery stage.

“There are places where we can start saving money now,” he said.

WSU is also limiting the amount of staff that will be hired to conserve finances as well. Weiler said new hires will only be made for critical new faculty and staff to support students.

“We want to make sure that the faculty and academic staff are in place to make sure our students are successful,” he said.

Other staff openings not determined to be critical to the student experience will remain unfilled as long as they can in order to best reduce expenditures, he said.

The university is also asking for all departments to reduce operating expenditures, according to the announcement. WSU is now prioritizing expenditures that support distance delivery of instruction and remote support to students.