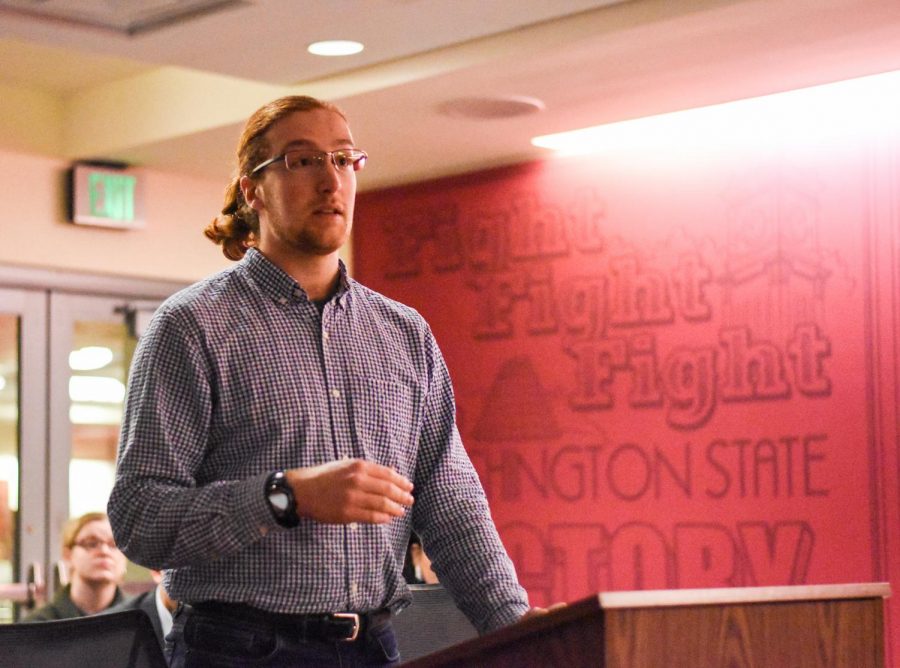 All of the ASWSU’s Environmental Sustainability Alliance’s (ESA) planned events for Earth Month were cancelled because of COVID-19, but the virus will not stop them from celebrating the Earth and its environment.

ESA Chair Patrick Robichard said the department is pivoting its celebration since they cannot host events anymore during a Zoom ASWSU Senate meeting on Wednesday. One of the ways they will do this is with an online sustainability challenge.

“We actually spent most of the spring semester working to plan these events,” Robichard said.

He said a survey will be sent to students, faculty and staff on Thursday so they can participate in the challenge. The ESA will give away several prizes including gift cards to South Fork, Porchlight, O-Ramen and the Moscow Food Co-op.

A grand prize of AirPods will be given to the person that reduces their environmental footprint the most, he said.

The first bill passed is an amendatory act for ASWSU bylaws stating that ASWSU officers must submit an official letter of resignation written either physically or electronically in order to resign from a position.

A complaint was filed against Martian earlier during the 2020 spring semester for announcing the resignation of former senator Monica Chavez before Chavez had officially written a letter of resignation.

According to the bill, a resignation cannot be rescinded after the president, senate pro tempore or the chief justice receives it from a member of their respective staff.

“These things were approved by the [judicial board] at some point or were made suggestions that they needed to be added to the bylaws,” Martian said.

The second bill that passed modifies the duties of the director of university affairs. The bill adds that the director must chair the student safety and security committee or delegate this duty to one of their deputies.

Martian said this bill was a result of a discussion she had with Matthew Winchell, director of university affairs. Winchell told her he wanted the modification to be added before his term ended, she said.

“The director of university affairs always chairs the Student Safety and Security Committee,” Martian said. “This was just something that wasn’t in writing in the bylaws.”