Quarantine streaming guide: What to watch (or re-watch) on Netflix 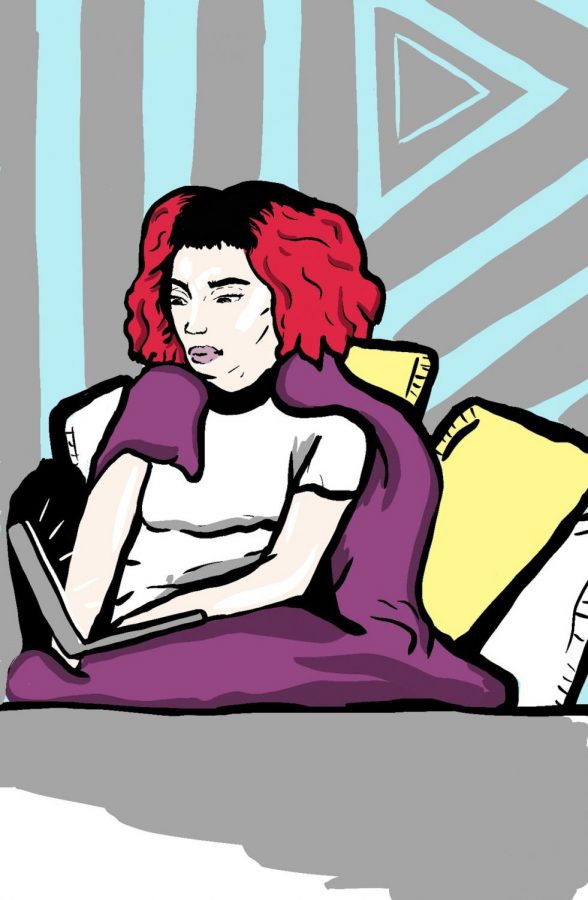 Quarantine life means the opportunity to catch up on old shows, or begin binge-watching new ones. Compiled below are a list of the top Netflix shows and movies that are a must-see while you’re stuck in your house.

“Grey’s Anatomy:” Popular since 2005, fans have been in love with McDreamy and McSteamy, as well as the romance and drama that occurs within this realistic medical show.”Gilmore Girls:” A mother and her daughter share the ups, downs and everything in between in this comedic portrayal of single mother life.”New Girl:” A quirky school teacher played by Zooey Deschanel finds her true friends in an unexpected place after a devastating break up, where three straight male roommates turn her world upside down.”The Office:” Since F.R.I.E.N.D.S was taken off Netflix, fans new and old have turned to this similar comedy that offers a raunchy perspective on office life.”The Good Place:” Star Kristen Bell finds herself in limbo between heaven and hell, where she meets new friends along the way.”Tiger King:” Recommended by numerous people, this Netflix series is nothing like you could imagine, but exactly as it sounds: big cats and the living embodiment of “Florida Man” feuding with owners of rival big cat zoos (or “sanctuaries”). “The Witcher:” Henry Cavil plays the Witcher in this new Netflix series. Based off the video game and novels by Andrzej Sapkowski, this series combines old characters with new ones in a fantastical fantasy plot.”Lucifer:” The Devil takes a vacation … to Los Angeles. Known for his horrific appearances, this Lucifer is handsome, brooding and nothing like the myth. He also owns a nightclub.”Love Is Blind:” In this recent addition to Netflix, men and women take a chance at love by placing themselves in isolation, getting to know their mystery date behind a door.”You:” Penn Badgley (or Dan from Gossip Girl) plays Joe Goldberg, a book clerk with a dark history. A thriller and drama, this show has become increasingly popular since its debut in September 2019.”Riverdale:” In this teen drama, mysteries and buried secrets become unearthed after a murder in the quiet town of Riverdale.”Criminal Minds:” A team composed of elite FBI agents discreetly handles murders that become bizarre and horrific as true motives are revealed.”The Haunting of Hill House:” In this family drama, horror lurks in every aspect of their lives when they move into the haunted house on the hill. Flashbacks in this series show just how messed up life became for this family’s became after settling into and leaving the house. “The Chilling Adventures of Sabrina:” Based on the childhood television series, Sabrina navigates the struggles of being a part human, part witch teenager. All while attempting to go about her normal life. Several plot twists are included in this version.”Black Mirror:” Each episode is its own “Twilight Zone.” In this series, episodes explore the “collective unease” of the modern world that experiments with technology and society.