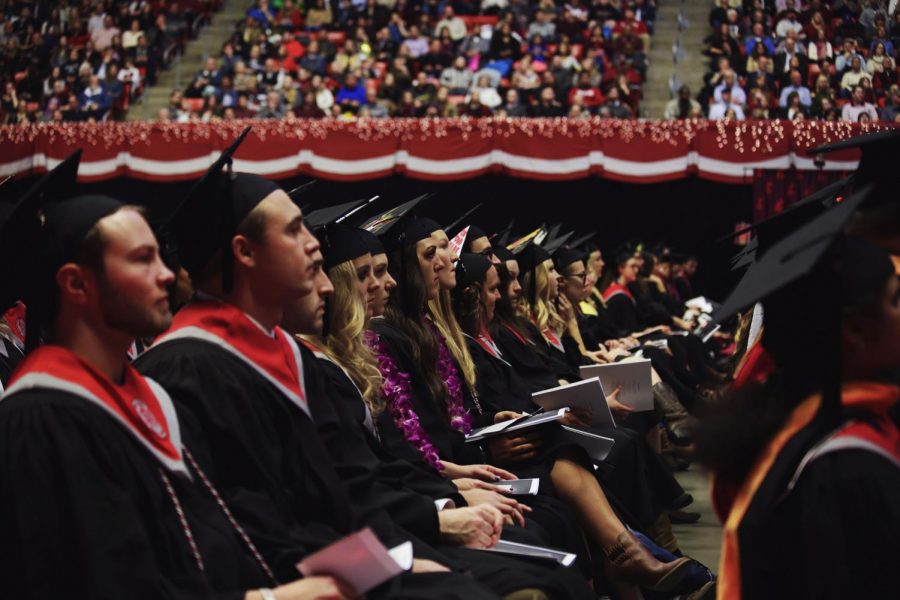 Soon-to-be graduates reflect on the loss of a milestone in their life and face the uncertainty of their future prospects, which have been complicated by the coronavirus pandemic.

System-wide WSU students received an email from Kirk Schulz on March 25, which stated May commencement would be postponed. The university organized two events to replace the absence of this celebration.

There will be an online commemoration for graduates on May 9, which will feature live speakers, recorded messages and user-generated content, according to an email from Teri Hansen, commencement operations manager. Live ceremonies for spring graduates are postponed until August.

Students who expected to walk during the spring commencement joked on social media about saving money by not having to rent a cap and gown. Others felt saddened to not be able to celebrate their achievements at the ceremony.

Tiffany Dixon, a senior studying marketing and communication, said she came to terms with the reality of the situation but could not help feeling disappointed.

“I feel like graduation is a very symbolic ceremony that represents all the hard work you’ve done in college,” she said. “So [the postponement] was honestly devastating.”

Dixon’s family members, who never stepped foot on campus, were going to travel from around the country to see her graduate. Although she will be attending the ceremony in August, Dixon said it will not feel the same.

There were final semester traditions Dixon was looking forward to since she was a freshman, including her sorority’s senior banquet. Dixon said she is facing the knowledge that these traditions cannot happen and she will never gain those experiences.

Dixon said she is also concerned about the job market, especially with people getting laid off and companies not looking for potential hires.

Mazen Alnoman, senior mechanical engineering student, said it seems like the chances of him securing a job in the U.S. are slim. If nothing works out in the U.S., he will move back to Saudi Arabia.

“It is a very emotional time and the uncertain future makes it a little more nerve-wracking,” Alnoman said.

As a freshman, Alnoman could not wait for the day he would graduate. However, he said it was wise of the university to postpone the ceremony in order to keep people safe and healthy. He said he is looking forward to attending the commencement in August, where he will also celebrate with his friends.

“I’m the first one out of my family to graduate and I’m graduating a year early,” she said. “You know, it sucks.”

Rodriguez said she recognizes that the university is trying to make the situation better by creating an online celebration but it is not satisfactory.

“What are we supposed to do, watch people graduate through Zoom?” she said.

Although the online ceremony will not replace the commencement, it will honor students who completed their academic careers. There will be a slide for every student based on information provided by the Office of the Registrar and the Graduate School, wrote Hansen.

If students want to submit a photo or message to include on their slide, they must register for the online commemoration by April 11.