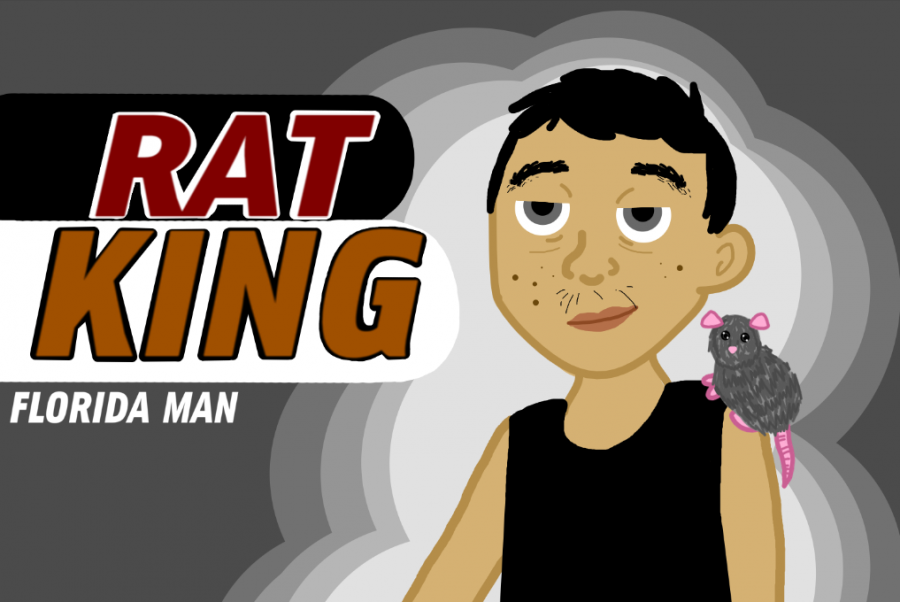 While not quite in Florida, both documentaries the Rat King and Tiger King have quite a bit of Florida Energy.

By now, we’re all familiar with at least the basic plot points of the show: batshit rednecks, tiger sanctuaries, a wife who may have (see: definitely) fed her husband to a hungry tiger. It’s a uniquely American tale, and this Joe Exotic character seems to have been adopted as the de facto mascot of 2020. Sufficed to say, there’s a reason for the hype, and it doesn’t look like the self-styled Tiger King is going away any time soon, even if he does have a case of the coronavirus. (This tweet, by the way, captures the zeitgeist perfectly: https://twitter.com/LukeMones/status/1245968890842066944).

But here’s something you may not know: the Tiger King was not the first weird hick animal tamer to have a Netflix documentary made about him. That’s right, this isn’t the first time ol’ Reed Hastings has tried to slip one by his American viewers. In fact, “Tiger King” follows the same general formula as a 2014 flop made by Netflix called “Rat King.” The similarities between the two stories are almost too striking to be believable, but rest assured: the Rat King is hopping mad, and I decided to find out why.

Phil Bodacious, a 47-year-old from Pigsnot, Kentucky, is an exotic rat breeder.

“Mandacious Longtails, Common House, Italian Goombah, we’ve got it all at Phil’s House o’Rats!” he told me over the prison phone. “Or we did, at least. Until the Fish and Wildlife fascists shut us down!”

Phil and his four husbands Tommy, Bahama, Hilfiger and Margaritaville ran an exotic rat breeding and exhibition center out of their farm in Pigsnot between 1993 and 2002. Visitors would come from all around to see the spectacle of rat tomfoolery, and Phil raked in the admission money.

“Yeah, I’d bet my Daisy Dukes that we were rakin’ in, oh, about a million or so per year,” Bodacious said. “Those were some good times for me and the boys. Rats ran like wine, and so did dollars. We was livin’ high off the hog. In fact, we even got Smashing Pumpkins to play at my adopted son’s circumcision!”

It was like the idealized American dream for Bodacious and his ex-Russian gymnast husbands. But no dream can ever last, and Bodacious’s reckoning came in the form of a middle-aged rat-rights activist named Roberta “31 Flavors” Robbins.

“They called me 31 Flavors in the all-women’s correctional facility I was in,” said Robbins, “because I chopped up my ex-husband and turned him into ice cream when I saw him put a rat trap down. I was actually raised by lab rats, in post-war east Germany. They adopted me like one of their own. That’s why I’m so protective of the little things.”

Robbins, freshly out of jail on good behavior in the summer of 2002, took on Bodacious with a vengeance. She filed lawsuit after lawsuit, claiming rodent abuse and animal mistreatment.

“Ok, so it was right around the time that infamous ‘South Park’ episode came out with the gerbil and the cardboard tube,” Bodacious said. “And I guess people were a little on edge about the whole ‘rodent’ business.”

But Bodacious was not about to take this lying down.

“Yeah, me and Tommy, Bahama, Hilfiger and Margaritaville went over to that bitch Robbins’s house and lit it on fire,” Phil said from behind prison glass in the interview room. “Went up like a damn Christmas tree. It’s what she deserves for pickin’ on Funky Phil and his Rat Bunch.”

Bodacious, when caught in front of the fire laughing and roasting an oversized marshmallow, was sentenced to 30 years in prison. And that would have been the end of his American Tail, had it not been for the Netflix documentary released in 2014.

“Those boys from Netflix asked to turn my life story into a pretty lil’ picture show,” Bodacious said. “Now, I ain’t ever been in a movie before, except some pretty raunchy Tijuana films, so I said, why not?”

But the documentary bombed. Critics called it “tacky” and “uninspired,” and the film faded away into the back pages of Netflix, alongside “Atlantic Rim” and “Ghostbusters: Oops, All Girls!”

“Now, this Tiger King fella,” Bodacious said. “I think my story’s a sight better than his. And so is my hair. I use Farrah Fawcett gel scrub that I have to import straight from Italy, cause they don’t make it any more in the U.S.”

And so, the Phil Bodacious story sees the light of day once more. I encourage you, if you’re tired of rewatching the whole “Tiger King” schlock over and over again, take a walk to Netflix’s original mess of campy gays, weird accents and animal abuse, and check out “Rat King” instead.