Student fee will stay at $588; groups’ funding cut based on other funding sources, amount requested 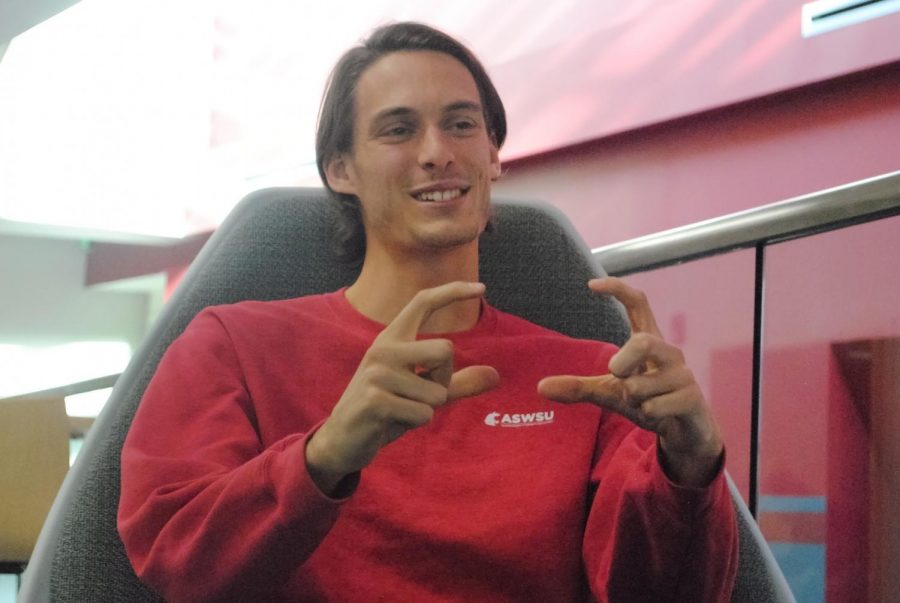 ASWSU President Quinton Berkompas said the student fee will not increase because of financial uncertainty due to COVID-19.

Services and Activities Fee Committee members decided during a 10-hour meeting April 3 to make budget cuts that would allow the S&A fee to stay at $558 for the 2020-2021 school year.

Quinton Berkompas, ASWSU president and S&A committee chair, said the committee members did not feel comfortable increasing the fee when so many students are facing financial uncertainty due to COVID-19.

There will be almost no money made from S&A fees over the summer because of the current COVID-19 situation, said Maggie McFadden, WSU Budget Office budget and policy analyst. Enrollment is expected to decrease in the fall, which will also decrease the revenue coming from the fee.

McFadden said during the meeting a zero percent increase on the fee means requested allocations from student groups need to be cut by about 12 percent in order to avoid overspending.

The amount of requested allocations have been higher than actual revenue since fiscal year 2016, she said. Carry forward has decreased from about $1.5 million to $221,000 in that time.

The committee considered whether groups had other sources of funding and whether they increased the amount they requested in previous years, Berkompas said.

ASWSU executives requested $290,638, including $15,000 to fund a safety project that will add blue lights on campus. The committee approved a 12 percent cut to the academic year and summer session request, but approved $15,000 for the one-time request. ASWSU executives received $257,561 in total.

Athletics had a one-time request for $600,000. The committee approved a 20 percent cut, allocating $480,000 to Athletics. The committee wrote a note to future members committing to transitioning Athletics off S&A funding by fiscal year 2026.

The Center for Civic Engagement requested $323,431 for the academic year and summer session and a one-time request of $25,200 for new vehicles. The group received a zero percent cut but was denied the one-time request. Committee members recommended the CCE utilize Motor Pool for transportation. Motor Pool provides vehicles for WSU students and staff traveling on authorized WSU business.

The WSU Children’s Center requested $404,516 and was not cut. The committee recommended that the center ensure at least 50 percent of children they service are students’ children.

The Coalition of Women Students requested $195,000 and a one-time allocation of $20,000 for vehicles. The request was cut by five percent, leaving the group $185,250. The one-time request was denied and the committee recommended CWS use Motor Pool for transportation.

Committee members wrote in a note that it “respectfully affirms the CUB’s desire to increase gender-inclusive restrooms” and recommends the CUB seek a one-time allocation in the future when there is more funding available.

Student Entertainment Board’s request was cut by 10 percent. SEB requested $471,808 plus a one-time request of $30,000 to cover costs associated with the Spring Fest contract. SEB received $454,627, which includes the one-time request.

The video recording of the meeting can be watched here.