The closure of Greek houses was the right move, but should've been more public 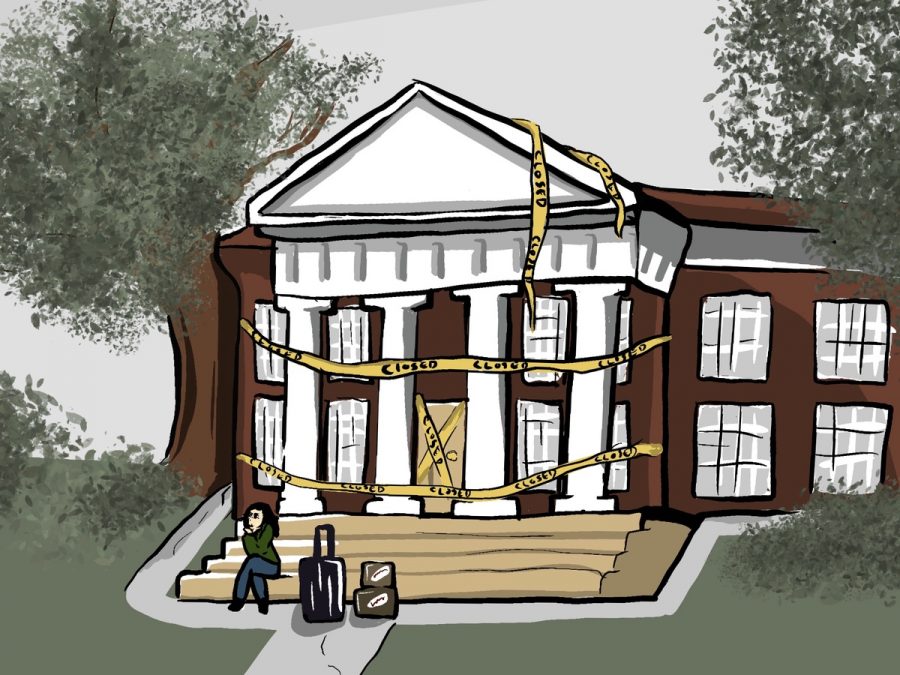 Closing the Greek houses at WSU was a smart choice, but the people living in them should have had a say as well.

The commitment of WSU to distance-learning methods and virtual classes for the remainder of the semester prompted a gradual exodus of students from Pullman. This was a voluntary choice for students who live in dorms, which have remained open, or live off campus. However, students living in many of the Greek chapters on campus were not given an option, as housing boards voted to close down chapters without any input from the students living in them.

“We closed down the Monday after spring break. We had no plans to close before spring break, but then we did,” said Sarah Weatherford, a sophomore advertising major and president of WSU Alpha Omicron Pi sorority.

Since the shutdown, Weatherford’s leadership role within the house has greatly intensified, as she has become the middleman between her sorority’s national headquarters and her chapter’s members, communicating information with members and organizing move out arrangements for members that were living in this semester.

Many students began to realize the potential dangers faced by the spread of COVID-19 shortly before spring break when WSU committed to distance learning for the foreseeable future, and then until the end of the spring 2020 semester. The difficult decisions whether or not to close Greek chapters thus were being debated and ultimately, announced over break on a house-by-house basis. These decisions were not made by WSU, but rather by the advisors in control of each Greek chapter.

“Our advisory board and our housing committee were in close talks about how [COVID-19] would impact our housing, and ultimately closing down the house,” said Peyton Biggs, a sophomore construction management major and treasurer of Beta Theta Pi fraternity. The decision to close his chapter was made over spring break as well.

It is reasonable as to why most, if not all, Greek chapters were closed by national and local boards. Chapter houses are designed and built to accommodate anywhere from about 10 to upwards of 50 members, depending on how large each chapter is in terms of member numbers. A highly contagious and easily transmitted virus, such as COVID-19, could easily and quickly spread throughout each house.

However, these decisions to close chapter houses, while made in the supposed interest of those living in, was largely made without their input, and with a lack of information as to if the houses would be closed temporarily or indefinitely.

Meanwhile, Greek students in each chapter have also had to navigate difficult financial situations due to the spread of COVID-19 and are concerned as to how their housing bills and other membership dues will be handled, which is also being decided on a chapter basis.

“For members living in this semester we gave them a couple options regarding money,” Biggs said. “We had them let me know whether they would like a refund or credit towards their account for next semester.”

Biggs’ position, while already important to his chapter, has taken on even greater meaning as he has been the source of communication about finances between the advisory board and the members of his chapter, each of whom are eager to learn any and all information available.

Regardless of any financial reparations made by chapters, the situation still remains that students are still being forced out of their homes for the remainder of the semester. Some of these students may not have a place to live for the next several months and are at the whim of their chapter advisers or the university when it comes to finding a place to live. Thankfully, WSU is providing living arrangements for students who reach out.

Overall, while the spread and effects of coronavirus have prompted the decision of many students to leave Pullman, for many students this was not a decision at all, but rather their only option.