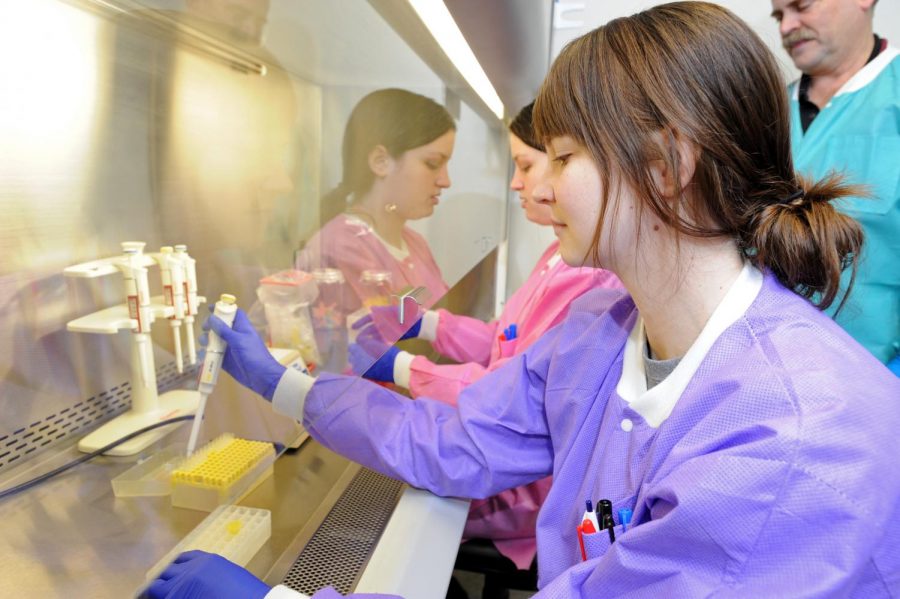 “This will give us a clearer picture of this disease’s interaction with pet animals,” said Charlie Powell, public information officer for WSU’s College of Veterinary Medicine.

Reports from other parts of the world indicated that pet and zoo animals can contract COVID-19 from infected humans, according to an April 6 report from WADDL. This does not, however, indicate that companion or zoo animals can transmit the virus to humans.

One case showed that some cats in China developed antibodies between January and March, which indicated that they had the virus at some time but found a way to combat it, according to the WADDL report. Another case showed that a tiger from a New York City zoo showed mild signs of respiratory disease after contracting the virus from an infected person.

Powell said researchers at WADDL tested three cats, two dogs and two anteaters so far. All of the animals tested negative for the virus. During the early stages of testing, they tested a dead and live cat, both of which lived with owners who tested positive for COVID-19.

The owner of the dead cat asked WADDL researchers to do a necropsy — a way to examine a dead animal to learn why it died — because his cat died all of a sudden, Powell said. They discovered that the cat had died of common heart disease.

“All of those tests were negative for the presence of this virus,” he said.

The live cat also did not test positive for COVID-19, Powell said. Results for both cats were sent to the National Veterinary Services Laboratories in Ames, Iowa.

He said tests on animals are done not only to determine if animals have the virus, but also to see if the virus can infect animals that are living with people who have it.

“The really important point right now is that there’s no evidence that animals can contract this disease and pass it on to other animals or to human beings in the settings that we’ve observed,” he said.

Another reason for testing animals is because when the SARS outbreak occurred in 2003, research showed that cats have the ability to carry SARS, Powell said.

“There is no reason for people to fear cats as a source of the COVID-19 virus,” Tim Baszler, executive director of WADDL, wrote in an email.

WADDL is continuing to accept animals from other state agencies and academic institutions. Powell said they expect that there will be more coming as more people, unfortunately, develop this disease.

He said he has a cat and based on the information they have at this time, he has no concern with contracting the disease from his cat.

“I don’t think that cat owners should worry,” Powell said.