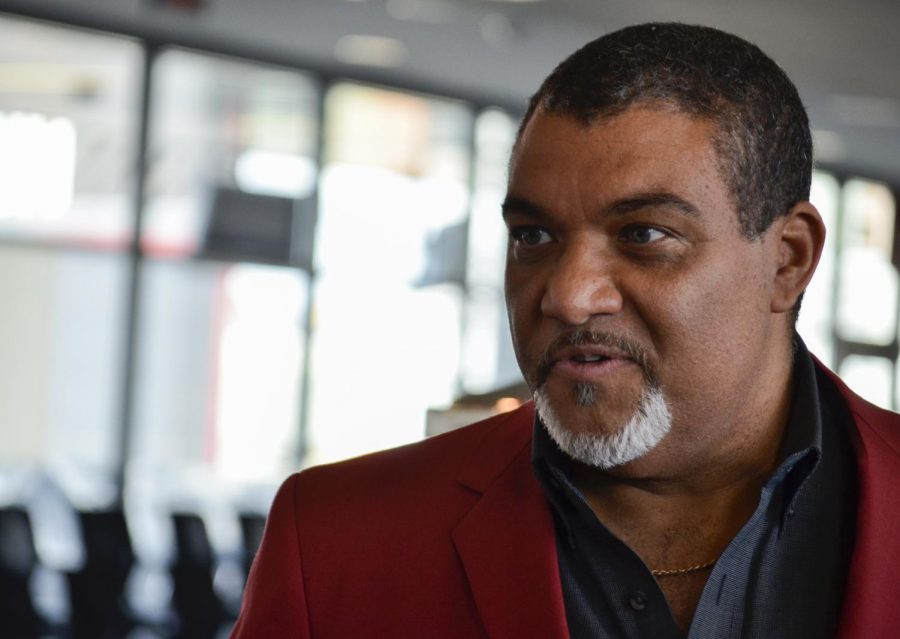 “My mom always wanted to put me in ties and bowties and little did I know at the time that it would come in handy for a career as a dean and hopefully as a provost,” he said.

Now as the dean of the College of Agricultural, Human and Natural Resources Sciences, he was the first of four candidates to present to the WSU community during its provost search on Monday.

Wright presented his goals for the position and answered questions submitted by members of the WSU community during an online Zoom session. Provost search committee co-chairs Stacy Pearson and Julie Kmec attended the session with Wright to ask the questions.

“We do a pretty good job with retention rates around 80 percent for the first year,” Wright said. “Then we watch it go down over the years.”

He said the university should focus on using its research to address current global issues, such as the COVID-19 outbreak.

To accomplish his goals, Wright said each college and campus must buy-in to the “One WSU” system by having a strategic plan aligned with the system-wide strategic plan.

“I really believe that working together we can tackle complex problems and embrace opportunities on a local, national and global scale,” he said.

When he was a faculty department chair at the University of Vermont, Wright said he put together morning tea sessions on Fridays to improve relationships among faculty members.

He said this experience helped his department and they even invited faculty members from other departments after some time.

“Every week we were having morning tea and getting to know people,” Wright said. “We started seeing natural relationships starting to happen both in teaching and research.”

Doing that at WSU is a challenge with about 1,300 faculty and staff members over 49 locations, he said. Social distancing due to COVID-19 has shown him people connecting over Zoom to socialize. He would like to incorporate both virtual and physical morning tea sessions, Wright said.

Diversity, inclusion and equity is another one of his main focuses, he said. During his time at UVM, the University of Arizona and WSU, Wright has increased diversity in the departments he was leading.

Before coming to WSU, he recruited 21 faculty members, Wright said. Eight of them were minorities, 12 of them were women and all of them were exceptional, he said.

At WSU, he hired the first woman to serve as director of the School of Economic Sciences. He made implicit bias training mandatory for all members of search committees within his college, he said.

“At the time of the hiring, I didn’t realize this was a history making moment,” he said.

The next candidate presentation with Robert McMaster, vice provost of the University of Minnesota Twin Cities, is scheduled 1-2 p.m. on Tuesday.

Pearson said viewers can complete an online evaluation form to send feedback to the committee. It must be submitted by April 22.