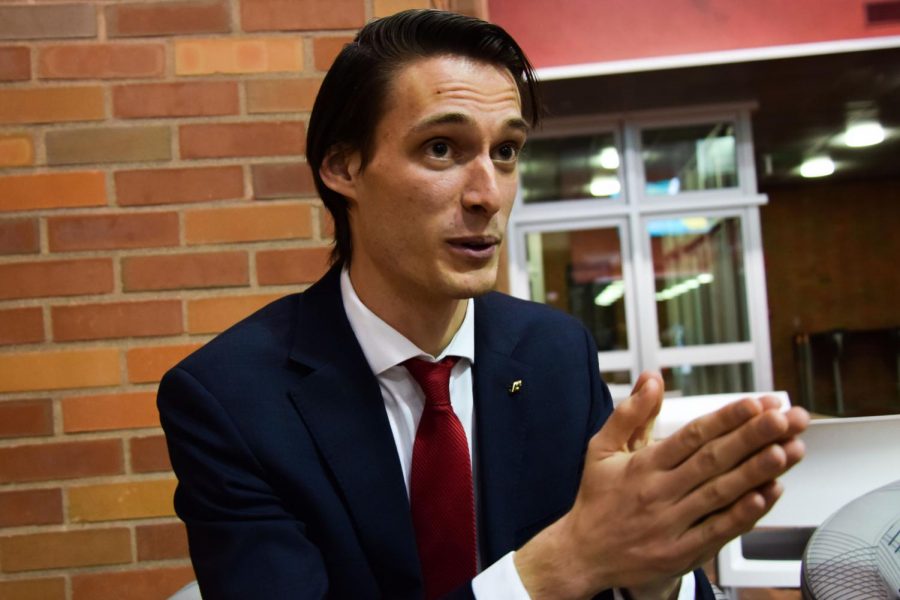 The ASWSU Election Board chair will be moving to the Judicial Board as an associate justice next semester.

“I had a great experience as the Election Board chair but my passion really does lie with the Judicial Board,” Election Board Chair Sarah Gorrell said.

The ASWSU Senate confirmed Gorrell into the Judicial Board during its meeting Wednesday evening.

“She ran an election at a time that obviously was very unorthodox and very challenging to administer,” ASWSU President Quinton Berkompas said.

Senator Jocelyn Granados said she had concerns to confirm Gorrell due to the low voter turnout during the 2020-2021 ASWSU elections.

“When [Gorrell] was running for election chair … [she] emphasized the importance of having a high voter turnout and this was not the case,” Granados said.

During the most recent election, 12.9 percent of the undergraduate student population voted, according to an ASWSU press release.

“Even though we only have one applicant, we have an amazing applicant,” said Kevin Kissinger, Judicial Board chief justice.

Gorrell said she does not excuse her performance but there was a lack of campaigning for the election by the ASWSU Communications Department.

“The Election Board can only do so much in as far as pushing out elections,” Gorrell said. “I do believe we did the best we could.”

Senator Diana Sotelo said she was disappointed with the Department of Legislative Affairs staff for the low voter turnout.

“I’m not lifting all the fault from her shoulders,” Sotelo said. “There are more people here that didn’t really play their roles as we hoped they would have.”

Berkompas informed the senate of the executive staff projects that have been going on since spring break.

He said he formed a hazing policy review committee. Representatives from Greek Row, WSU Athletics, club sports, registered student organizations and the Cougar Marching Band are on the committee.

“I think it’s something that’s really lacking currently where it’s at,” Berkompas said. “[We’re] looking at this through a whole student body standpoint of ‘How can we can improve the university’s response to hazing?’”

“That’s been fun seeing the opposite of what I was first coming into,” Prescott said. “It’s kind of fun helping them grow.”