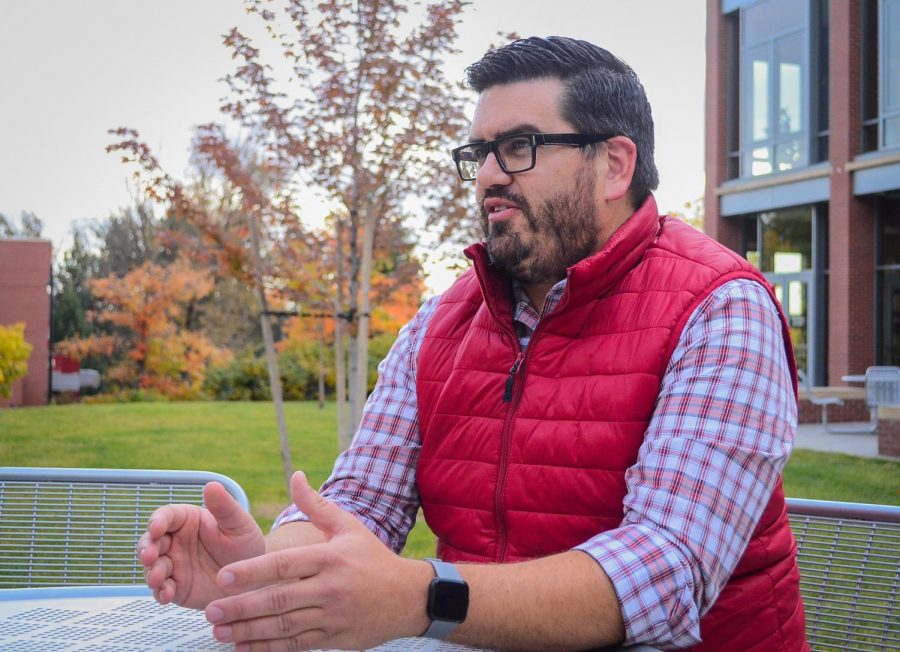 Councilmember Brandon Chapman says many businesses have put good practices in place to reduce the spread of COVID-19.

Pullman public officials said the city is concerned about a drop in sales tax revenue from restrictions brought about by COVID-19 during a virtual town hall Tuesday.

Mike Urban, Pullman director of finance and administrative services, said the city does not know how much money it might have lost since the shutdown because there is a two-month delay in tax revenue reporting.

Urban said the city is trying to forecast what the potential drop in revenue will be but the range is wide because of uncertainty caused by this disease.

Chapman said he wanted to make it clear the meeting is not meant to protest the closure of businesses, though he does want to see businesses open as soon as possible.

Posting floor markers to show how far to stay away from others and plastic shields between customers and cash registers are examples of efforts businesses made to reduce the risk of infection, he said.

“Props for trying to help keep people safe,” Chapman said, “the question is when certain restrictions get lifted as a state, what will the city’s role be to ask businesses to do certain things to continue to help people safe.”

Chapman said any Tuesday when the city council meeting is canceled he wants to do a town hall such as this one.

Councilmember Dan Records said the main cause for cancellation is when the agenda items for each meeting do not meet Gov. Jay Inslee’s requirements for public meeting topics.

The council canceled four out of its five scheduled meetings since Inslee announced a stay-at-home order on March 23. Since Dec. 31, the council also canceled half of its meetings.

Records said he is interested in seeing seating chart setups for waiting rooms and other places where people congregate such as theaters.

Some people suggested the idea of businesses checking peoples’ temperature before they enter, Records said. If other cities implement this after social distancing, then it may be a practice the city considers.

Records said one issue with this practice is there may be shortages of head-swipe thermometers that are easier to implement after business closures end.

Pullman dentist Jonny Fisher said dentists were already doing good hygienic practices. He said this is one of the reasons he thinks healthcare providers should have less business restrictions.

Fisher said he thinks Gov. Jay Inslee should have only shut down high-risk areas of the state and left businesses in cities such as Pullman open.

Chapman shared his screen to show attendees websites for COVID-19 resources. The Pullman Chamber of Commerce website, palouseinfo.com and City of Pullman website are all good sources for updates on the situation, he said.

Whitman County Public health stopped doing daily updates, Chapman said, and is just sending updates when the situation changes such as when a new person tests positive for the disease.

Chapman said the city should examine the kind of maintenance it is doing and consider postponing some projects to free up money for others.

“You have to be able to save [money] in one area to spend in another,” Chapman said.

Chapman concluded the meeting saying it is important to treat each other well and help one another to stay safe during this pandemic.