Serving it forward with one gift card at a time

New fund aimed at food insecurity has raised $18,000 so far 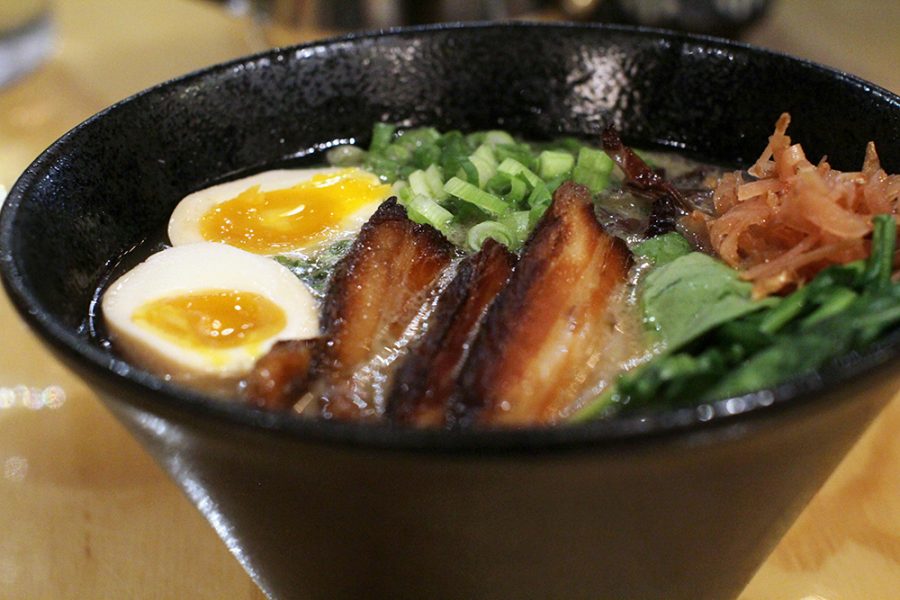 O-Ramen is one of several restaurants participating in Serve it Forward.

One WSU employee strove to find a solution for food insecurity that would help both community members and business owners during the ‘Stay Home, Stay Healthy’ order.

Jamie Callison, the executive chef in the WSU School of Hospitality Business Management, created a program called Pullman Serves It Forward, which is designed to provide families in need with one free meal a week.

When Callison was trying to come up with ideas on how to help restaurants, he was inspired by President Kirk Schulz and WSU football coach Nick Rolovich, he said. The two have ordered food from local restaurants every night to show their support.

Rolovich’s journey to eat at Pullman restaurants started with a tweet. His post said the first 20 people who could recite his code word would receive a free takeout meal, courtesy of Rolovich.

Callison worked with Jeanne Weiler, WSU’s downtown initiatives coordinator, as well as the Community Action Center (CAC) to make the fund a reality. He said they were able to set it all up in about a week.

Gift cards are included in food boxes given to local families in need. Families who use the Community Action Center food bank are eligible for these gift cards.

Callison said the gift cards allow these families to go out and bring home a hot meal once a week.

“This gives them one night to just relax and celebrate the fact of being who they are, which is a valuable part of the community,” he said.

Callison said the goal is to raise $5,000 a week for as long as the service is needed, whether it is a couple of months or a couple of years. The $5,000 would be enough to feed 80 households in a week.

According to the most recent numbers on the CAC website, about $19,000 has been raised for this fund.

“There are about 20 weeks until the schools will start again and I think this will be really impactful for these families,” Callison said.

One business, although it is not a restaurant, has contributed a part of their proceeds to help this fund.

The Coug Store has been running promotions over the last four weeks to raise money for different causes. The store donates 20 percent of its proceeds every Friday to a different community organization.

Lana Galermann, the Coug Store marketing manager, wrote in an email that the CAC was the next on their list. When they saw the Pullman Serves It Forward fund, they decided to donate 20 percent of all sales to the fund for the entire week.

“As a small, local business heavily impacted by COVID-19 and the statewide shelter-in-place order, we know what the restaurants in our area are experiencing right now,” she wrote in an email. “We appreciate our community supporting us and we want to do the same for them.”

Galermann also wrote that many of the store’s items were sold out after the sale. The donation week finished last week.

“They’re just amazing people in the community because they are hurting right now but find these ways to help the community,” Callison said.