Black Friday is a festering consumerism 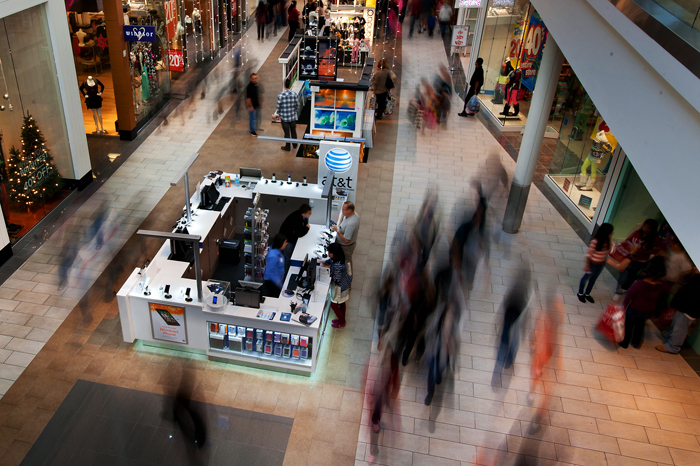 ‘Tis the season of greed.

If there is one thing that makes people go from holly and jolly to materialistic and crazy, it’s Black Friday.

Every year, millions of Americans line up to get their chance at once-in-a-year savings that only Black Friday offers.

People seem to forget that what they should be celebrating is being around loved ones and being thankful for what they already have.  But who cares about being thankful when you can save $50 on a new TV?

The epidemic of consumerism that festers during the holiday season must end.

It’s hard to believe the fact that lives are lost due to Black Friday tragedies. In 2008 two shoppers were trampled to death in a Wal-Mart, according to U.S. News. In 2011, a woman in California used pepper spray on shoppers during a battle for an Xbox and left 20 people injured.

Casualties are so common on Black Friday that there has been a website dedicated to the death toll. Black Friday Death Count is a website that lists the deaths and injuries that have occurred annually.

Currently the website shows there has been a total of four deaths and 63 injuries within the past six years.

No gift is worth risking a life over.

To make matters worse, these companies are aware of the effect they have on shoppers, and they therefore try to outdo their competitors on who can open the earliest, stay open the longest and have the best deals.

The Seattle Times reported that J.C. Penny will open its doors on Thanksgiving evening and will stay open for a straight 25 hours. In addition, the store will give away two million holiday themed snow globes starting at 4 a.m. for those extra lucky shoppers.

Kmart’s Black Friday extravaganza rivals all others. Kmart’s doors will open at 6 a.m. Thanksgiving Day, which will kick off 41 hours of non-stop shopping, according to The Huffington Post.

People are spending money they don’t have on things they don’t need, and this idiotic mindset that a significant amount of money is being saved is simply untrue. Sure, everything is 50 percent off, but after spending 400 dollars, who is the real winner?

A good present is one that is well thought out. It isn’t contingent on how much it costs or how many hours were spent camped out in the cold.

When did being grateful become obsolete? Who are we trying to impress with our shiny new toys?

Ten years from now, you are more likely to regret cutting Thanksgiving dinner short to go shopping than missing out on paying $100 less for a new iPad.

The holidays are a time when we are to spread joy, but what ends up happening is we turn into mall hopping monsters, and it’s an embarrassment to everyone.

It’s time we wake up, smell the eggnog, and see the dark truth of Black Friday.

-Dominique Wald is a senior communication major from Santa Clara, Calif. She can be contacted at 335-2290 or by opinion@dailyevergreen.com. The opinions expressed in this Column are not necessarily those of the staff of The Daily Evergreen or those of Student Publications.