Reimbursements only applicable for receipts dated after April 13, cannot include alcohol purchases 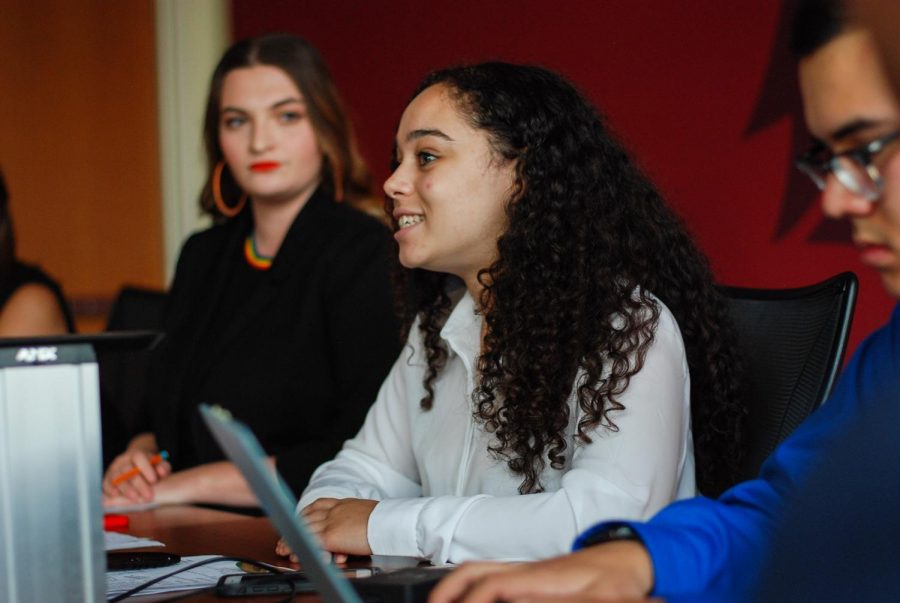 Vice President Jhordin Prescott said funds for ASWSU’s Grocery Reimbursement Program would have been exhausted by April 22 if not for the additional $10,000.

An additional $10,000 will be added to ASWSU’s Grocery Reimbursement Program.

The ASWSU Senate approved the executive branch’s request for the additional $10,000 during its meeting on Wednesday.

Prescott said the program’s initial funding was $10,000, evenly split by ASWSU and GPSA. The expected date of the funds being exhausted was April 22.

“We still have a couple hundred dollars in there,” she said. “We’re hoping to end this program May 8 … however those funds have been pretty exhausted.”

Prescott said the program denies students applying with receipts before April 13. Receipts with alcohol purchases are also ineligible for reimbursement because ASWSU is funded by WSU Services and Activities fees.

“We would never reimburse [alcohol] but it can’t even be on the receipt,” she said.

Finance Committee Chair Dawson Dalfrey said the committee approved the maximum amount of money it could for a program like this when they heard the request earlier.

“The committee felt very good about this one,” Dalfrey said. “It’s such a good thing for the students.”

Ximeng Li was confirmed as president of the International Student Council.

Chris Mann was confirmed as chair of the Student Veterans Committee.

The senate approved a bill that requires ASWSU officers to attend a conflict-resolution workshop within the first six weeks of taking office or the beginning of fall semester.

Bill 49-42, authored by Freshman Delegate Kathryn Carstens, requires ASWSU officers to complete the conflict-resolution workshop by stating it in the bylaws.

“[The workshop] is really important for not only senate but all of ASWSU,” Carstens said.