OPINION: The US needs to be more proactive when fighting outbreaks 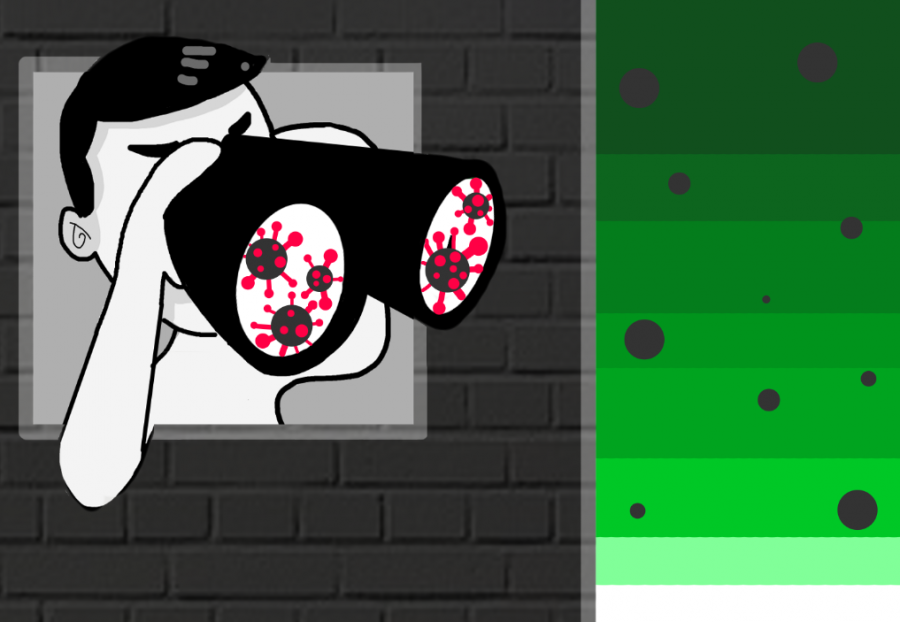 The US cannot stand by and watch as a pandemic starts to spread.

It is a truth universally acknowledged that a government in possession of power must be in want of something to f-ck up. It’s a scientific law, like gravity. Whenever there’s a serious catastrophe, like Hurricane Katrina, or the AIDS crisis, the government finds a way to royally screw up the response. This corona-crisis is no different. Our government has fumbled the ball yet again, forcing the entire population to pick up the slack.

But how has our beloved Uncle Sam messed up the response to COVID-19? Well, I’d argue a $5 trillion stimulus package and a record-low oil price could serve as pretty ample indications that something went wrong. But economic downturns do not mean there is a crisis (although I’ve been buying ammo in bulk for the past few weeks — just in case.) To see how precisely we dropped the ball on the initial reaction to the coronavirus, I spoke to some WSU epidemiologists, who agreed that, in no uncertain terms, someone messed up.

“The biggest problem, in my mind, has been a lack of coordinated response efforts, with things largely being left up to the states,” said Dr. Eric Lofgren, an infectious disease epidemiologist. “What you want in a pandemic is a clear, scientifically-driven and unambiguous response where everyone is on the same page. I think it would be very hard to argue that our current response, on a national level, looks like that.”

Lofgren also agrees that globally, the U.S.’s plan has been one of the worst to be implemented.

“Some of the model governments in terms of their response have been South Korea, Hong Kong, Singapore and New Zealand, though even some of those countries have struggled at times,” Lofgren said.

The commonality between the countries mentioned above is their clear and precise response that involved a significant amount of testing, isolation and contact tracing with infected citizens. Obviously, it’s not a direct comparison, considering they’re all smaller countries with more authoritarian governments. Singapore and Hong Kong are both small island countries, and South Korea has had a significant amount of experience dealing with outbreaks, like SARS and MERS in the past decade. That said, it is telling that the countries who have had the best track records dealing with COVID-19 have all employed similar methods of containment.

“[The U.S. government] should have reacted earlier and with a more coordinated response,” said Dr. Felix Lankester, a WSU epidemiologist.

This is the crux of the argument against our government: they didn’t take the virus seriously and they didn’t act early enough. By assuming the virus would be contained to China, we missed out on a significant head start that could have been used to prepare citizens and infrastructure for the viral system shock.

The lack of a coordinated and early response made state governments wrangle with the federal government for information, supplies and equipment, Lofgren said.

So now we have several of the factors that contributed to the US’s generally disorganized and largely ineffective response: lack of preparedness and lack of coordination.

Obviously not all of the blame can lie with the government. The social isolation measures, despite the late rollout, have worked, to a certain extent. It’s also hard to see any net positives when the governmental response has been so incredibly scattered and haphazard when we can see the hundreds of negatives that have come as a result. An economy down trillions of dollars, catastrophic unemployment and a death toll that’s thousands higher than it should have been do not speak to an effective federal strategy.

What could we have done differently? That’s the million-dollar question, that has armchair pundits and five-star generals alike giving their two cents. I’m just a college columnist, but I’ve got some informed theories about what we should have done initially.

The U.S. government should have immediately closed the borders to incoming flights and travel, except for absolutely essential business. A complete lockdown and contact tracing of infected patients, similar to South Korea, would have significantly cut down the number of viral transmissions. Most importantly, this all should have been happening in January. There was absolutely no reason to wait for the virus to hit the west coast; that only gave COVID-19 a head start while state governments hurried to pick up the pieces.

I know my voice is just one being added to the cacophony of criticism online, but all this is incredibly important. In this age of globalization and ballooning population growth, these pandemics are only going to get more frequent and adequate emergency management is the duty of any stable government. We need to find a way to apply the lessons we’ve learned from past pandemics and mitigate this crisis. If we don’t, we may never again have the chance.