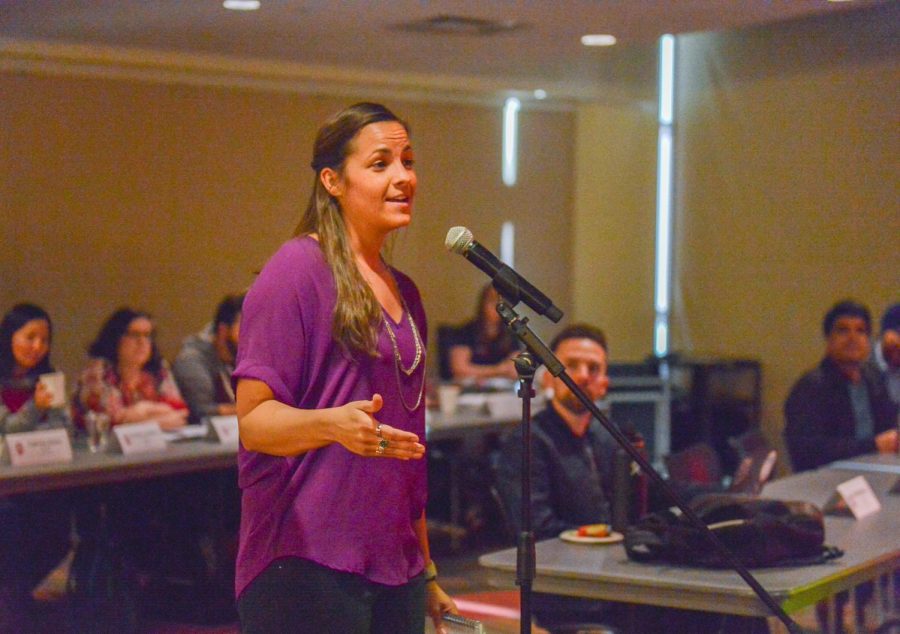 GPSA President Jennifer Johnson said the grocery subsidy program committee has reviewed about 150 applications so far and received about 100 more in the last week.

Senators approved a motion to contribute $5,000 per month during May, June and July for the graduate student grocery subsidy program.

“I think it’s just to be on the safe side to continue this over the summer,” GPSA President Jenn Johnson said.

She estimated the $5,000 a month would be able to help about 200 students. The funding would begin on May 15 until the next senate meeting in the fall.

The grocery subsidy program committee has reviewed about 150 applications so far and received about 100 in the last week alone, Johnson said.

Another senator, Julianna Brutman, said the university has not seen the steepest point of need from students.

Johnson said there are several unknowns about specific numbers of students in need. However, the committee plans to make the application more particular for the number of students accepted into the program. This includes adding more questions to the application to better screen applicants.

GPSA Vice President Veneice Guillory-Lacy said the GPSA budget, which comes from S&A fees, has been cut about $38,000 for next year.

“Just because we have the money doesn’t mean we should just dump it all into the grocery subsidy program,” Senator Haley Mikeska said.

The GPSA University Affairs Committee presented their preliminary findings of a census survey they sent out to graduate and professional students on all campuses. About 250 students responded.

Senator Kristen Johnson said the committee found that the majority of respondents are a part of the College of Arts and Science and the College of Agricultural, Human and Natural Resource Sciences.

In addition, about 78 percent of the graduate students who responded study at WSU Pullman campus.

”It’s hard to say for sure if people are spending less because they’re earning less or what the cause and effect is,” Johnson said. “It seems that most people are earning enough to get by.”

“It does not work. Even though you could vote, there would be nothing to vote on,” GPSA Senator Michael Craven said. “It’s entirely worthless because it limits debate.”