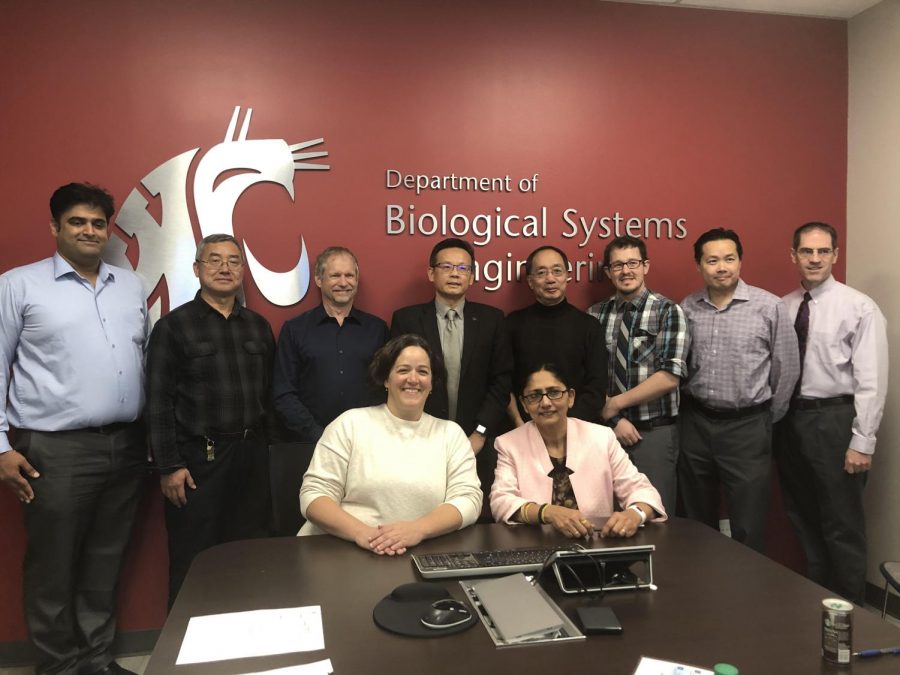 WSU Regents Professor Juming Tang developed a new system of microwave food safety technologies in an effort to make meals healthier and safer around the globe.

The new technologies protect food from pathogens and spoilage using electromagnetic wave pulses called microwaves, which could help decrease the number of safety recalls for frozen and chilled foods.

“What we are using at home is only for warming, it doesn’t have the purpose to kill pathogens,” Tang said. “We developed an industrial system that can be used by food companies to produce ready-to-eat meals free from pathogens.”

The technologies heat packaged foods to sterilized or pasteurized temperatures, holding them there for the minimum amount of time, before cooling them down quickly using a combination of microwave heat and a hot water tunnel.

To Tang’s surprise, he said he found he could use technologies similar to his microwave to control viruses.

“It’s a time and temperature combination,” he said. “When our technology processes food in the package and then runs through the process, the pathogens are inactivated and the food becomes free of any viruses and pathogens.”

To bring his technology from lab size to industrial size, Tang licensed the MAPS and MATS patents to a company in Denver called 915 Labs for global commercialization. Later, 915 labs started a partnership with Tata Smartfoodz Ltd, a company in India.

Tang said the partnership with Tata Smartfoodz began to develop when a group of engineers and scientists from India traveled to Washington to see the demonstrations of the new technologies.

“When we were talking about technology, we asked them to prepare the meals of their culture,” he said. “We got the ingredients shipped from India to prepare meals in our kitchen with the packaging process and they saw it as a good technology for their market.”

Tata Smartfoodz has put a continuous system into full production, producing 30 meals per minute and ten million meals per year, since the partnership began.

Tang has been researching microwave technologies for more than two decades. His original concept for the research began in 1995.

Tang said he expects to start seeing products produced by these machines on the market in two years.

“Tata is supporting the manufacturing of industrial systems that can be purchased by other companies,” he said. “We’ll be taking a step by step process because one machine is so huge, they’re probably around 60 feet.”