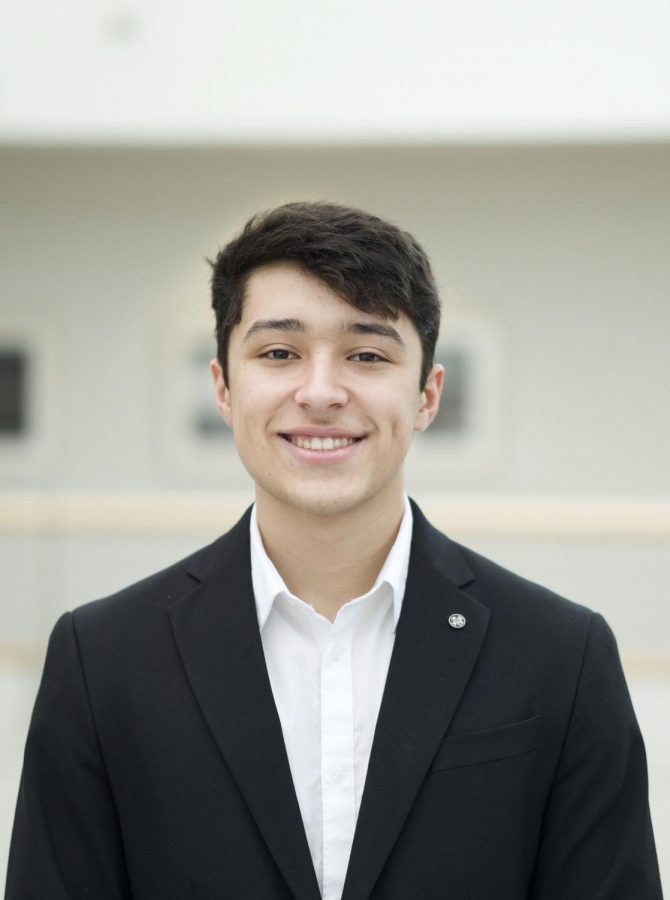 Ray Acuña-Luna, Cougs Rise project director, said he nominated Sanchez because he has an intrinsic motivation to do well.

“He’s not the kind of person that you have to tell to do something or remind to do things like that because he takes it upon himself,” Acuña-Luna said.

Although Sanchez is not a Cougs Rise peer mentor, Acuña-Luna said Sanchez has a way of using his personal experiences to connect with incoming freshmen.

“He’s also always willing to share little more aspects of his personal histories [like] being a first-generation college student … to showcase how people can use personal challenges and trauma to navigate higher education,” he said.

Sanchez, who is also a sophomore construction management major, was one of the many high school students who toured WSU two years ago, Acuña-Luna said. That marked the first time Cougs Rise had a summer program.

He said one of the courses students could take during that summer session was a digital technology and culture course.

“The professor that was in that course always talked about how talented Noah was in terms of digital content considering also that he was a first-year student,” Acuña-Luna said.

When fall semester began, he said Sanchez took a course Acuña-Luna was teaching at that time. He offered Sanchez a communications position at Cougs Rise when Sanchez mentioned that he was looking for a job.

Sanchez said when he first began his job at Cougs Rise, he was in charge of developing the program’s social media presence. He eventually created advertisements and videos for the program and even became the host of a podcast called The Cougs Cast.

“Where I’ve come from [and] what I’ve done and been able to do is just a representation of what this program has afforded me,” Sanchez said. “I wouldn’t be where I am without this program.”

Acuña-Luna said both undergraduates and graduates can be nominated for Student Employee of the Year. The nominator must offer examples of how the student excels at their job whether it would be because of their teamwork or digital skills.

“When I think of Ray and his influence, I think — undoubtedly — he’s the largest influence of my education that I have ever had and ever will have apart from the mentors that I received through the program as well as my family back at home,” Sanchez said.