The Daily Evergreen • May 8, 2020 • https://dailyevergreen.com/78726/news/changes-to-executive-policy-15-increase-accessibility-protections/

First time policy has been updated since 2014; now more ‘user-friendly’ 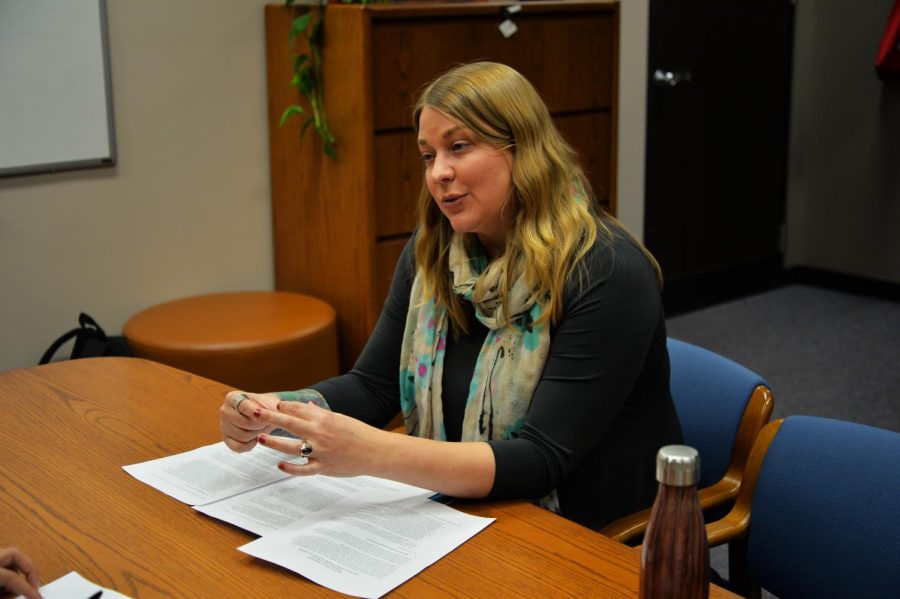 Holly Ashkannejhad said revisions were made to EP 15 because students were concerned that the policy was difficult to read and understand.

A working group that focused on reviewing and changing Executive Policy 15 published revisions to the policy in April. EP 15 is WSU’s policy against discrimination, sexual harassment and sexual misconduct.

The EP 15 working group was created because students were concerned that the policy was difficult to read and understand, said Holly Ashkannejhad, director of the Office of Civil Rights Compliance and Investigation (CRCI).

ASWSU Vice President Jhordin Prescott said the working group wanted to create a policy that was inclusive and protected students from harassment.

“I’m really happy the university has included more inclusive language, as well as more straightforward and user-friendly rhetoric,” Prescott said. “With COVID-19, I think we’ve seen an increased amount of racist rhetoric and xenophobic harassment, so making sure we’re outlining resources and violations … is an important step the university is taking.”

Major changes to the policy fall into three different categories, she said. Those categories are: an expanded list of conduct definitions, an expanded list of reporting options and more description about the roles and responsibilities of people involved in the process of a conduct investigation.

Since EP 15 is based on case law as well as state and federal standards, the language in the document can be difficult to understand, Ashkannejhad said. An appendix that includes examples of policy violations is included to address this issue.

Ashkannejhad said the list of protected classes will be further updated on June 11 to include immigration and citizenship status. This is based on a change to Washington state law.

Ashkannejhad said the section of EP 15 that covers policy violations was expanded to include broader definitions for the 12 types of violations.

“Really the concern that came from folks was, ‘I feel like I’m being subjected to discrimination or mistreatment but I don’t really know if what I’m experiencing fits your policy,’” Ashkannejhad said.

If an individual is unsure whether they are experiencing discrimination, Ashkannejhad said they can contact CRCI.

The working group spent a lot of time on this portion of the policy because they had to establish a line between discriminatory harassment and free speech, she said.

“Even if the conduct is offensive or harmful, if it doesn’t rise to the level that the government has determined is a violation of a discrimination law,” Ashkannejhad said. “It might be considered protected speech, which can be really frustrating.”

However, even if an incident does not meet the level of a policy violation, WSU can still address it through training or education, she said.

This portion of EP 15 also includes applications of the policy. Ashkannejhad said CRCI has always had jurisdiction over violations that happen on WSU property and at WSU events. This also includes violations that affect an individual’s work, academics, participation in a WSU event, personal security or living environment.

CRCI now also has jurisdiction over unlawful acts that directly affect WSU programs or community members if the violation interferes with WSU’s mission and goals.

“That’s where if somebody is engaging in overtly discriminatory behavior or harassing behavior, but it’s maybe off campus or not necessarily affecting a student or staff member, but it’s harming the goals of WSU … then we might still be able to address it under this policy,” Ashkannejhad said.

The updated policy also gives CRCI jurisdiction over unlawful acts that result in a guilty plea or conviction of a felony. This would allow CRCI to investigate a violation that was not initially reported to the office but was learned of because of a felony conviction.

Many of the changes to the support and report part of EP 15 have been in practice for a long time, but are now spelled out in more detail, Ashkannejhad said.

This portion of the policy now contains a Section 1557 Civil Rights Coordinator, she said. This right is given by the Patient Protection and Affordable Care Act and allows a patient to report a civil rights violation without losing medical privacy rights.

If a patient reports a violation to CRCI, their report may be subject to public records requests, Ashkannejhad said. However, reporting to the civil rights coordinator in Cougar Health Services would remain confidential.

“Let’s say a student was trying to access services at Cougar Health Services and they met with a medical provider who denied them a service because of any one of those protected class categories,” Ashkannejhad said. “Under this process, they get to maintain that medical privacy.”

The updated policy lists places students may report violations, which includes CRCI. Ashkannejhad said CRCI does accept anonymous complaints but that they should be as specific as possible in order to start an investigation.

Ashkannejhad said they also listed which university resources are confidential and which are not.

Individuals who wish to report a violation can also report to law enforcement or local, state and federal agencies, she said.

Expansion of roles and responsibilities of participants

“The request [here] was sort of for a ‘bill of rights’ for anybody participating in a process,” Ashkannejhad said. “What do they know that they have the right to do?”

Ashkannejhad said these rights have not changed but that they are now clearly listed in EP 15.

This section of the document also includes a Good Samaritan guideline that has always been included in the Standards of Conduct for Students. It protects students who may have experienced sexual misconduct, sexual violence or another violation of EP 15 while engaged in underaged drinking or drug use.

“[Students] didn’t see in our policy that they were still protected and allowed to report and that we weren’t going to look at those things,” she said.

Some of the largest changes to EP 15 are in the department responsibilities section, Ashkannejhad said.

“When we’re talking about major changes in campus climate and culture, that’s not something one person, or one working group, or one office can accomplish,” she said. “That really takes the entire university community.”

This part of the policy outlines responsibilities for each part of the WSU community, including managers, supervisors and employees.

This also describes reporting obligations for university employees. Most employees are required to report incidents of sexual harassment, except for ones specifically mentioned in this section of EP 15. This includes employees at Cougar Health Services who are statutorily barred from reporting by HIPAA as well as employees conducting research or a survey.