Board of Regents voted, approved request to ask state government for funds to remove building 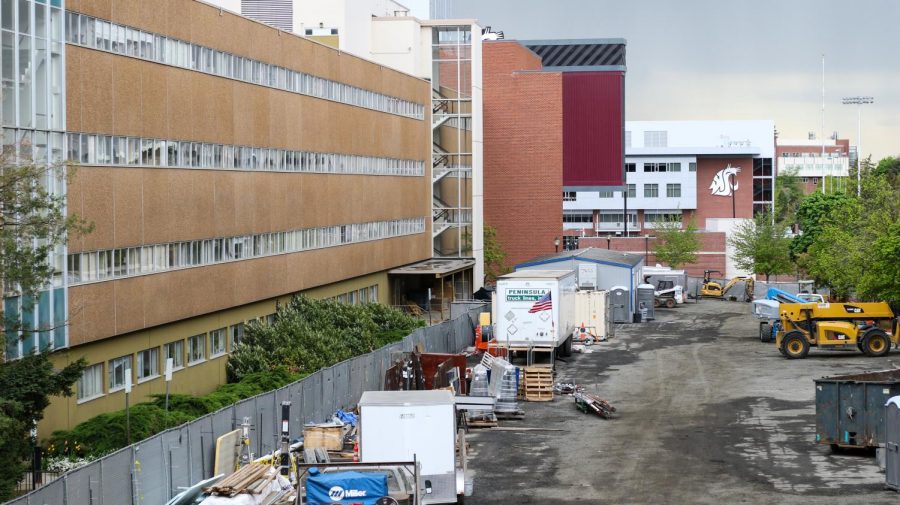 The demolition of Johnson Hall will cost about $8 million and will be replaced by a new USDA Agricultural Research Services building.

WSU hopes to receive state funding between the 2021 and 2023 fiscal year in order to demolish Johnson Hall, which would cost about $8 million.

Jason Baerlocher, WSU project manager for facility services and capital projects, said WSU’s master plan in 2004 had planned for the area of Johnson Hall to be a Research and Education Complex (REC).

The USDA secured around $105 million from the federal government to replace the current USDA-ARS building about a year ago, Weiler said, but now WSU needs to secure funding to remove Johnson Hall.

He said Johnson Hall has been around for many decades, but as the building gets older, the maintenance costs increase. He said there comes a point where it is more cost-efficient to replace a building than to continue to repair it.

Johnson Hall is a large building that is well occupied, Baerlocher said, but the way that it was built will not allow the building to survive as a cutting-edge research facility.

“I kinda liken it to if you drove a 50-year-old car … it is still going to get you from point A to point B, but it is certainly not going to be as fuel-efficient as a modern car would,” Weiler said.

On May 8, WSU’s Board of Regents voted on and approved a request to ask the Washington state for the funding for Johnson Hall’s demolition, he said.

Weiler said because the new building will be publicly-funded, there are a lot of steps that have to happen before it can be opened. This can be a multi-year process.

“We are just at the beginning of that multi-year process,” he said. “It will be quite a while before any demolition takes place.”

Baerlocher said WSU could possibly receive funding for the project in July 2021 if the request is approved. When that happens, WSU will start to finalize plans to move forward with the demolition, he said.

It could take about a year to demolish Johnson Hall, Baerlocher said, and the new building will be constructed in the next few years.

Each of the REC facilities has a unique look to them, he said. Some REC facilities are REC 1 Vogel Plant Biosciences, REC 2 Biotechnology/Life Sciences Building, and REC 4 Veterinary Biomedical Research Building.

The new USDA-ARS building will tie into the general layout and look of each of those buildings, Baerlocher said.

Weiler said he does not know the plan for the existing USDA-ARS building, but the fiscal year will give WSU time to make arrangements for people who are displaced from Johnson Hall and place them into temporary quarters.

Baerlocher said people will be moved into new locations on campus such as the REC 5 plant science building, which is currently being constructed across Martin Stadium.

There is not an exact time or plan of when people will be moved because it depends on the funding, what the buildings can accommodate, and the kinds of jobs they do, he said.