The Daily Evergreen • May 15, 2020 • https://dailyevergreen.com/79046/news/shirts-designed-to-raise-money-for-student-emergency-funds/ 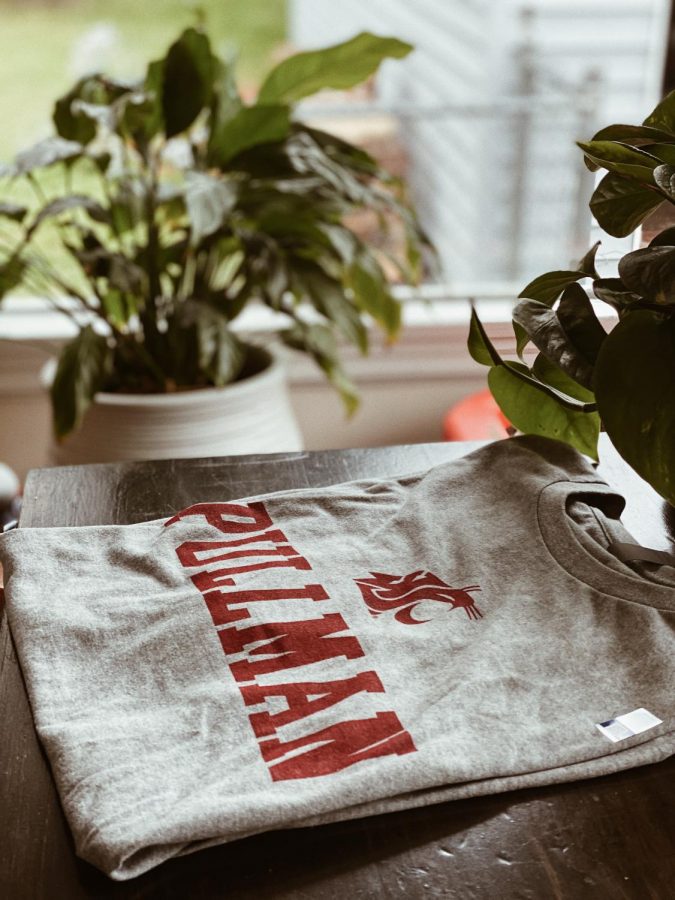 Tony Poston, president of College Hill Custom Threads, said he had the idea to create shirts with the WSU logo and the word "Pullman" on it after students and employees had left WSU in the middle of the spring semester because of COVID-19.

A virtual pop-up shop is selling WSU campus-themed shirts in which proceeds will go toward helping students.

Six shirts have been designed — one for each WSU campus — with the university logo and name of the campus, said Tony Poston, president of College Hill Custom Threads.

The pop-up shop is a collaboration between WSU and College Hill, a branded merchandise studio that creates custom apparel and products, Poston said.

She said most campuses already had student emergency funds to provide students financial help before this semester. However, the need for funds has increased because of COVID-19.

Students from different campuses have different needs, she said, so each campus’ fund targets the needs specific to its students. This includes food pantries, which are paid for by the fund.

Originally, Poston said he had the idea to create shirts with the WSU logo and the word “Pullman” on it after students and employees had left WSU in the middle of the spring semester because of COVID-19.

The shirt sold out in three hours, he said. After 100 more shirts were printed, the shirts sold out in 29 minutes.

He said his wife wanted one of the shirts, but she was unable to get one because they sold out so quickly.

“There was a high demand for the shirt. People were proud,” Poston said. “People love Pullman, and they wanted to come back.”

Schulz said she wanted to purchase shirts with the names of WSU’s satellite campuses on them, but at the time, none were on sale.

She said she knew College Hill had done other pop-up shops where the proceeds were donated to groups in Pullman. Schulz said she wanted that support for WSU’s other campuses.

“This semester, I think, we have had a lot of discussion about the ‘one WSU’ and how we’re all part of the Cougar family,” she said.

Schulz said she thought it would be a good idea for the proceeds to go to each campus’s student emergency fund.

Poston said he had liked the idea, so more shirts were designed for the WSU satellite campuses.

The shirts are only available for pre-order until May 22 and will be shipped during the first week of June, he said.

Poston said he does not yet know how the money from the shirts will be split between the campuses.

“The Pullman [shirt] is by far the most popular,” he said. “I think that probably indicates that there’s probably more need [on the Pullman Campus] since there are more students here.”

Dave Cillay, WSU Global Campus chancellor, said the campus’ leadership team and ASWSU Global decided student government funds would pay for T-shirts for all graduates. This is because some of their graduates were upset that they did not receive a celebration box, which some other campuses had sent out.

The leadership team and ASWSU Global liked the idea that they would contribute to the proceeds which would help support students, he said.

Cillay said graduates individually order the shirts. There was not enough time to ask for everyone’s sizes and still place an order, he said.

Being able to give Global Campus graduates the shirts was “definitely a feel-good moment,” Cillay said.