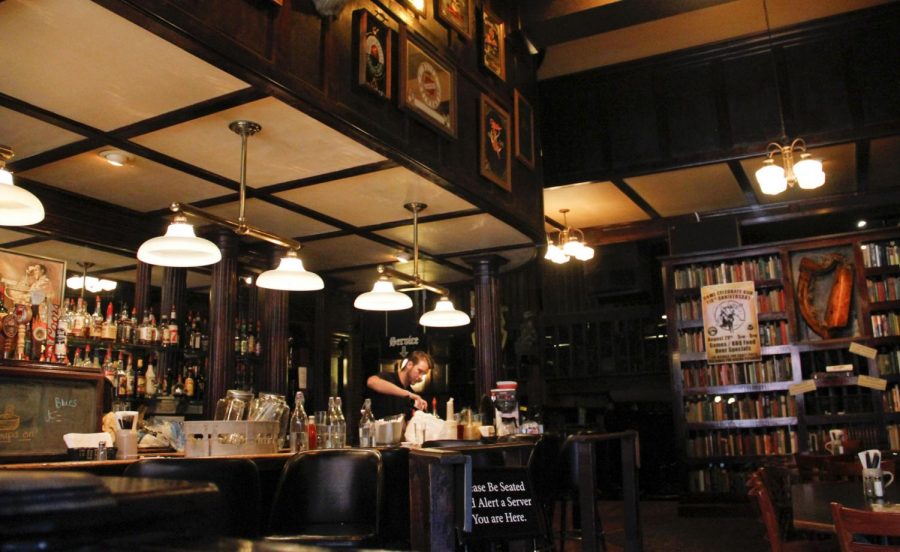 As Phase 2 kicks off in Pullman, businesses in town must adapt to a new normal.

These guidelines include procedures for social distancing, sanitizing and maximum capacity, she said.

If business owners are confused about what their building’s maximum capacity is, the Pullman Fire Department is offering to help, she said.

The Downtown Pullman Association, the Chamber of Commerce and the City of Pullman will create posters to encourage businesses in Pullman to adhere to the Safe Start guidelines, Weiler said.

The posters will be distributed to businesses that are complying with the guidelines so the businesses can put the posters in their windows, she said.

“As much as we’ve been approved to go to Phase 2,” Weiler said, “consumers and community members are leery about what that means and what that might represent to their safety.”

Chelsea Whitney, owner of Poppy Salon and Spa, said the process of reopening is overwhelming because of the number of safety restrictions required and the backlog of customers who have not had their hair done for two months.

Additionally, stylists are only able to work two days a week due to the number of customers allowed in the salon at any one time, Whitney said. Instead of seven stylists working at a time, only three can work.

After each customer, employees will disinfect the space, she said. The stylists will also be wearing masks.

While the salon could have opened this week, Whitney said she took the time to ensure that the salon will be following all the proper safety measures. She hopes to open May 25.

A women’s clothing boutique, Flirt, has been open this week and allowed its customers to shop normally after being closed for two months, owner Mia Peterson said.

“People are thrilled that we’re open,” she said.

On May 24-25, the store is open only for appointments, which permit individuals to shop by themselves for one hour. Some people may feel more comfortable with this arrangement, Peterson said. To set up an appointment, people can call the store.

The store is open from noon to 6 p.m Tuesday through Saturday for regular shopping, she said.

Only 10 customers are allowed in the store at a time. There are markings on the floor to help people stay six feet apart. Employees are also wearing masks, Peterson said.

They are frequently sanitizing areas that get a lot of contact from people, such as doors, hangers, dressing rooms and the checkout counter, she said.

When a customer is ready to pay, contactless payment and Apple Pay are options. Staff members will not be physically touching credit cards, Peterson said. If customers want to use a credit card, they must show the information on the card, so the employee can manually input that information.

When doing private appointments with brides who tried on multiple dresses, Hodges said she takes home the dresses to commercially steam them.

For clients who tried on clothing they did not buy, Hodges said she does not let anyone else try on the clothing for 24 hours.

She reopened the store as early as she did because the store has been closed for two-and-a-half months, she said, but she still has to pay bills, like rent.

Pullman businesses lost all the sales they normally get during Mom’s Weekend and graduation. Prom was also canceled, so the store lost even more business.

“I don’t want to see everything I’ve worked for for 12 years just go away,” Hodges said. “I’m too old to start over.”

Some bars have reopened table and beverage services, all following the recommendations from Gov. Inslee and the Centers for Disease Control and Prevention.

This included an increased distance between tables and masks for all employees, said Tawny Szumlas, owner of Rico’s Pub.

Jonny Handy, general manager of Paradise Creek Brewery on Paradise Street, said the brewery is also following mask procedures and got rid of half its tables.

When the brewery had to close in March, Handy said Paradise Creek canceled its popular live events. Since the brewery relies on full-capacity nights, he said, the shutdown “seriously hurt.”

Now, the variance to reopen businesses has allowed Handy to rehire about 70 percent of his staff. Over the next few months, the demands of delivery and takeout along with in-house services may allow him to rehire all of his previous employees.

“Trust that your local businesses — especially those who have been hit hard — actually, really care and are really trying hard to make sure the place is as clean and safe as possible,” Handy said.

Other bars, like The Coug also limited outside seating to 10 people. Although social distancing measures are not ideal, media coordinator Lance Lijewski said reopening is a good chance for people to re-experience The Coug’s atmosphere.

Some on social media said they saw long lines and apparent social distancing violations outside The Coug on May 16. The posts from both Reddit and Twitter claimed that students were not maintaining proper distance. Photos from social media showed customers standing outside without masks or other protective measures.

Gary Jenkins, Pullman chief of police, said he thinks there was an increase in social distancing violations as the city moved from Phase 1 to Phase 2.

“Some of the public were starting to feel more comfortable, I think, in getting together with friends,” Jenkins said. “So we have seen a little bit of an increase [with] that over the last couple of weeks.”

Lijewski said the bar employees did not report any long lines outside The Coug. The business implemented the proper steps to ensure social distancing for the dine-in experience, he said.

The Coug also began double-checking identification cards even for customers not ordering alcohol, Lijewski said. Staff will also perform temperature checks on anyone waiting to get inside.

Roost Coffee & Market has opened its patio since Phase 2 started. There are fewer tables and at least six feet between each table, manager Lindsey Dingman said.

Each table has three or four seats, which is below the maximum of five people to a table per the governor’s requirements, she said.

Employees are wearing masks, and they wear gloves if they are preparing food, Dingman said. Only to-go cups are being used.

Szumlas said Rico’s will be completely single-use for dining utensils.

“If everyone is diligent and does their job,” Szumlas said, “hopefully we’ll all get through this.”