The Daily Evergreen • May 26, 2020 • https://dailyevergreen.com/79653/news/technology-to-lower-inflammation-may-help-covid-19-patients/ 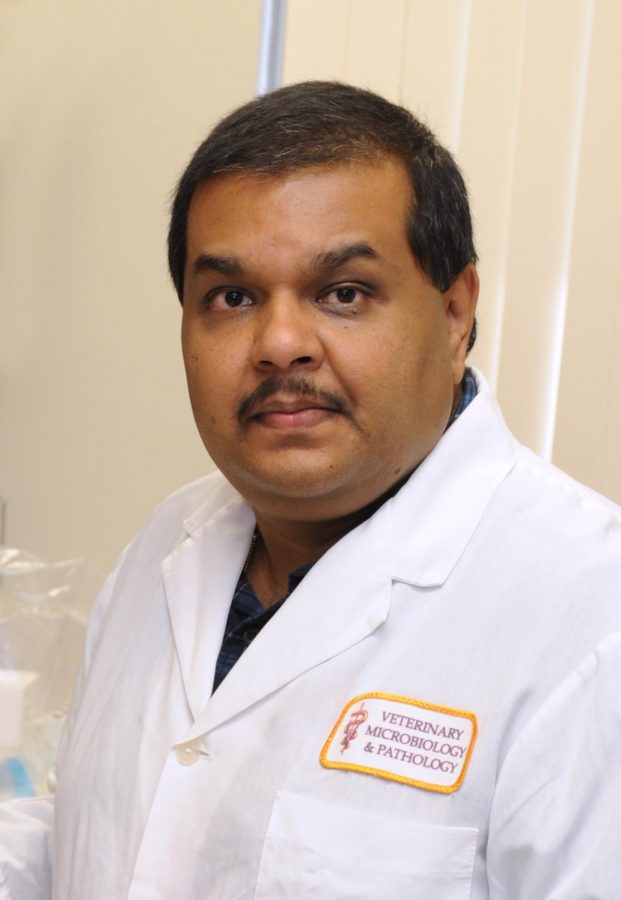 WSU professor Santanu Bose discovered the A9 protein. He said blocking some of the protein's function may stop over-inflammation of the lungs and help patients suffering from pneumonia caused by COVID-19.

WSU professor Santanu Bose has discovered a protein that, when some of its function is reduced, may help stop patients who are dying from pneumonia caused by COVID-19.

The A9 protein causes inflammation. Some inflammation is good for the body, but in the case of a respiratory virus like COVID-19, too much inflammation can lead to pneumonia and to the death of lung tissue, said Bose, professor of infectious diseases for WSU’s College of Veterinary Medicine.

He said he found out about the protein when he and a research team were studying influenza, another respiratory virus, in mice.

Bose said blocking some of the functions of the A9 protein may stop the over-inflammation of the lungs and help patients suffering from pneumonia caused by COVID-19.

However, WSU is not testing this technology for COVID-19. Katrina Mealey, associate dean for research for the College of Veterinary Medicine, said WSU had licensed the patent for the technology, which is much like licensing an idea.

In this case, she said, the idea is that partially blocking the function of the A9 protein may result in less inflammation.

WSU sold the rights to use the technology about one month ago to InflammatoRx, a company that could help develop the technology for COVID-19, Mealey said.

When the A9 protein is produced, a cascade of inflammatory response starts, said Charlie Powell, public information officer for the College of Veterinary Medicine.

This can cause more of an immune response than the body needs, which can be harmful, Bose said. Fluid can fill the lungs, which can lead to more difficulty breathing. This is one thing that causes death in people with COVID-19, Bose said.

“We need the A9 protein … in order to survive all of the different things that we run into,” Powell said. “We just don’t need as much of it as is occurring in the COVID-19 case.”

Mealey said she was excited when she learned of the A9 protein that the research team was working on. She has seen instances where there was no way to limit inflammation in dogs and cats.

The A9 protein may not be the only protein to trigger inflammation, she said.

However, some research shows that limiting the A9 protein does limit inflammation, Powell said. This research was not done at WSU.

The company the technology’s rights were sold to, InflammatoRx, has a man-made antibody for the A9 protein. The body produces the A9 protein when a respiratory virus enters it. The antibodies would capture A9 proteins, which would block some of their function, Powell said.