The Daily Evergreen • May 27, 2020 • https://dailyevergreen.com/79774/news/know-your-fruit-where-its-coming-from-student-describes-passion-for-wine-making/

‘Know your fruit, where it’s coming from’: student describes passion for wine-making

Andrew Gerow said he knew he was on the right career path while working at vineyards, wineries 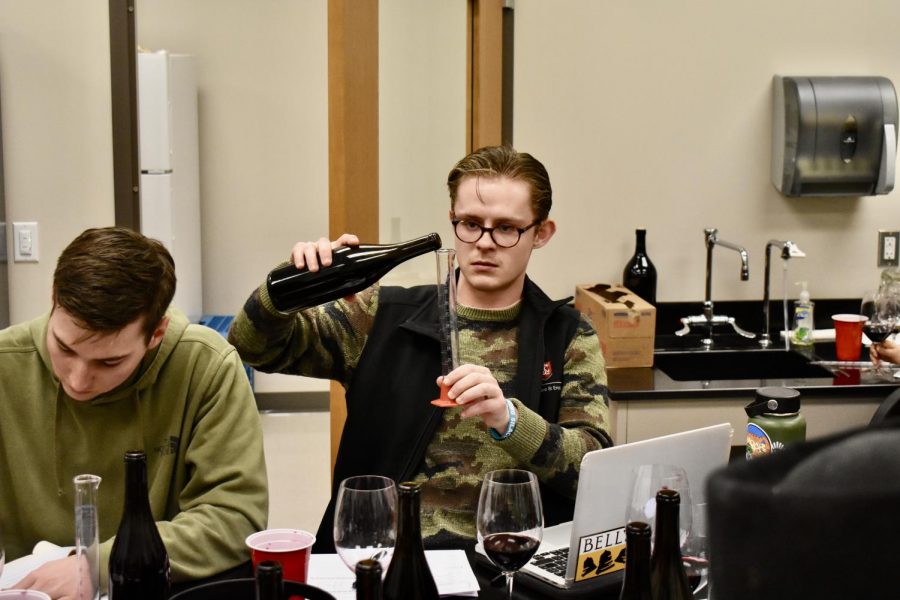 Andrew Gerow, a senior Viticulture and Enology major, said he helped produce three wines that will be available for purchase: two Rieslings and one rosé.

A WSU Tri-Cities student was shocked to find out he received the Wine Spectator Student of the Year award.

“It took a while to comprehend because it was so exciting,” said Andrew Gerow, a senior viticulture and enology major.

“Wine Spectator” is a prominent magazine about the wine industry, Henick-Kling said.

“He is really outstanding,” Henick-Kling said. “Not just academically, but also looking for other opportunities to learn — to prepare himself for a career in the wine industry.”

Henick-Kling said he appreciated Gerow’s creativity and thoughtfulness. Gerow also supported his peers and acted as a leader. Gerow certainly deserved the award, he said.

Gerow said he has always wanted to get everything possible out of his education in viticulture and enology program. He said he likes the combination of science and art as it pertains to wine-making.

“It’s not like you can just read the data to produce a good wine,” he said. “You also need to know your fruit, know where it’s coming from, and be able to express its character in the bottle.”

Through his blended learning class, Gerow said he has helped produce three wines that will be available for purchase: two Rieslings and one rosé.

He said he thought making the wine was exciting and a great learning experience. However, he had to do more than just help make the wine. He solicited grape donations from Washington vineyards, picked up the grapes and helped design labels for wine bottles.

Gerow said he has worked in two vineyards and three wineries. While working there, he said he knew that he was on the right path for his career.

He said he worked long shifts. Sometimes, after working for 12 or 14 hours, especially at a winery, he still did not know when his shift would end. However, he did not want to leave, because of his drive to keep working and learning.

In his work at vineyards and wineries, he said he has seen the different techniques and styles that they have used.

Naturally, he has learned from their techniques. He has also implemented his own techniques to create his own style, so he can really make the wine his, he said. This is similar to how painters learn the same artistic techniques, but each has their own style.

“Using your knowledge can only take you so far. You really have to trust the fruit and guide it in the direction that it wants to go,” he said.

Gerow will graduate in fall 2020 and he said he hopes to be a head winemaker at a medium-sized winery someday.