The Daily Evergreen • May 30, 2020 • https://dailyevergreen.com/80004/news/pullman-police-city-council-officials-condemn-actions-of-minneapolis-officer/ 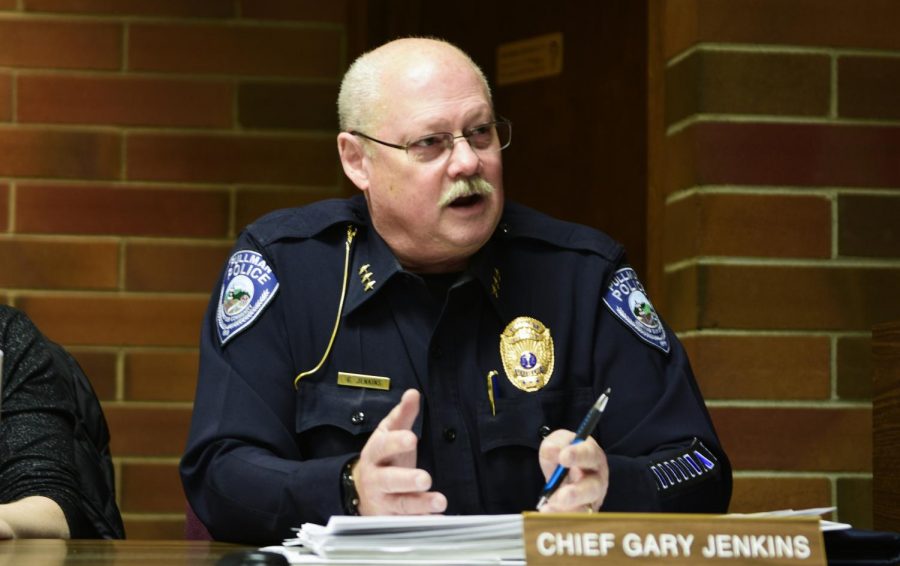 Chief of Police Gary Jenkins said a commander reads use-of-force reports and look at footage from body cameras to make sure the force was necessary and within policy.

The Pullman Police Department condemned the actions of a police officer in Minneapolis who killed 46-year-old George Floyd, as well as the officers who were complicit with the murder.

Chief of Police Gary Jenkins said he believes there is no place in the force for people like Derek Chauvin, the officer who killed Floyd.

Pullman police are “disgusted” by Chauvin’s actions, according to a press release.

“There was no justification for what the officer did, and when officers do things like that it reflects badly on law enforcement nationwide,” Jenkins said. “We definitely want to do what we can to rid law enforcement of officers who would do those things.”

Pullman City Councilmember Brandon Chapman said he was “sickened” by the incident.

“Sometimes, as our police chief said yesterday, there is additional context not included in the video. This was not one of those cases,” Chapman said.

Because Pullman is a university town, there are a lot of people willing to be allies, he said. However, it is important to know that being an ally does not mean a person does not have white privilege.

Acknowledging privilege and using it to do good is what allies should do. By having the will to teach and will to learn, society is able to grow, he said.

Chapman said what happened in Minneapolis also applies to Pullman. Although Pullman is generally a safe and inclusive place, there is still a need for action.

“Here’s what privilege is,” Chapman said. “I saw [what happened to Floyd] in a video. This is not my life. This is not something I have to worry about … and if the extent of what I know is what I’ve seen on TV, that’s privilege.”

Jenkins said Pullman PD takes use of force very seriously, and that the department considers the use of force to be a last resort.

“We label use of force at a very low level,” he said. “So basically, any time we do something to hold someone, even if it’s just to hold onto their arm or wrist, we consider that a use of force.”

Jenkins said officers undergo a full review any time they use force. He said all Pullman police officers wear body cameras. After a use of force incident, a commander will read the report and look at the video from the cameras to make sure the force was necessary and within policy.

“We do that each and every use of force,” Jenkins said.

He said the department has also taken preventative measures to keep officers from using force unless completely necessary.

Jenkins said the training had a concentration on de-escalation and teaches officers methods to avoid using force. He said these things have since been implemented in the Pullman PD training program.

In reference to the protest in honor of Floyd, which took place Saturday at 6 p.m. on Cougar Plaza, Jenkins said that he had no concerns about the protest, and that police involvement would be minimal.

“We’re just going to monitor,” he said. “I’ve been in contact with the organizer and let them know if they have any problem with counter-protestors or any harassment of any kind they can call 911. We just want to monitor to make sure their rights to protest are protected.”

Jenkins extends his thoughts and prayers to Floyd’s friends and family, according to the release.