An African classic in your kitchen 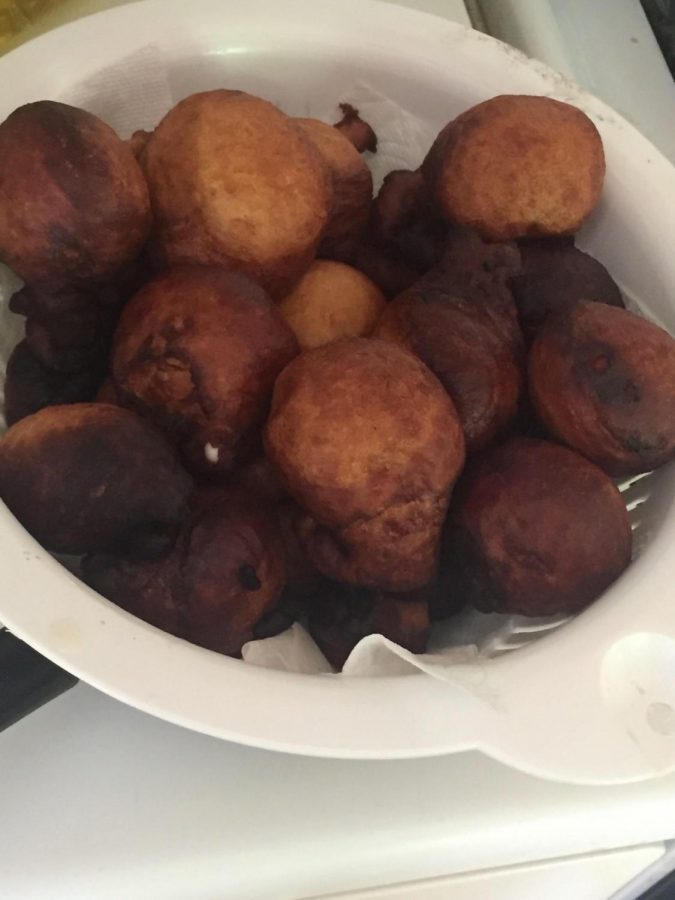 Don't tell anyone, but you don't have to share these.

I was raised on Cameroonian food as much as American, but I was also one of those kids who would order chicken nuggets at an Italian restaurant even though I was 14, so it’s taken me a while to actually be an adult. I’ve always loved African doughnuts, though. Sweet, easy to make, and I have yet to find something you can’t eat them with.

Technically they’re just called doughnuts, but Americans already have a thing like that. We also call it puff-puff, drop doughnuts and beignet, though it’s not like a Louisiana beignet. You could put powdered sugar on these if you want, though. I’m not your boss.

My family usually eats them with some beans and chicken, but I’ve had them with Egusi, Ndole, burgers or even just with coffee. Again, I’ve yet to find anything they don’t taste good with.

Get a large bowl and combine the flour, sugar, yeast and salt.
Add a little bit of the water and mix with your hands. Repeat until it’s thick and doughy.
Cover the bowl in plastic wrap and leave it for two hours.
Put some oil in a pot and let the oil heat up on the highest setting for a few minutes.
Mix the dough a little more. Then scrape a small handful off the edge of the bowl and cup it in your hands. Release it into the pan through the hole of your index finger and thumb, so it’s nice and round.
Let them fry until they’re brown (make sure to turn them so both sides fry).
Put them on some napkins to soak up the oil and let them cool off.

You can watch a video on how African doughnuts are made here: