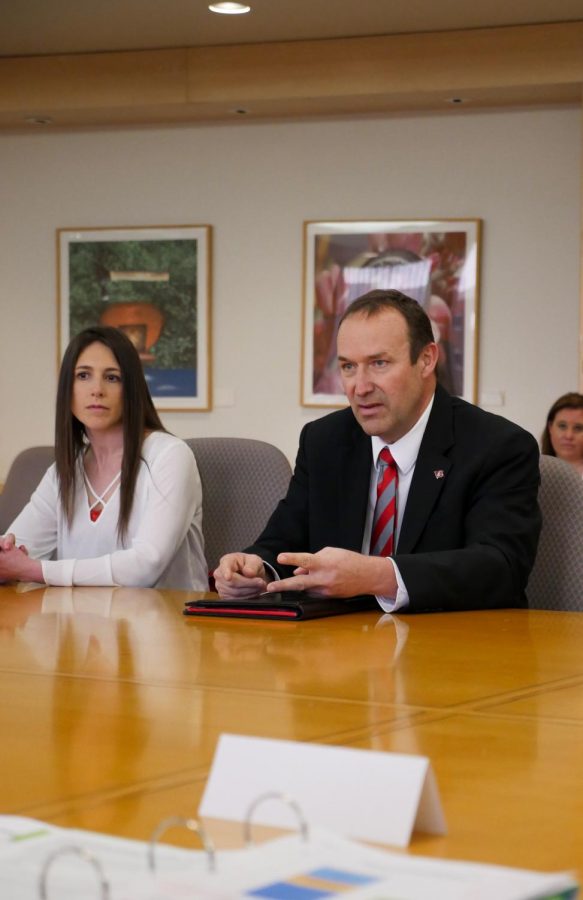 The WSU Athletics Department is expecting a drop in revenue due to COVID-19. It will reduce spending this year to maintain its financial recovery plan.

Athletics submitted its annual budget June 5, which will be reviewed during the WSU Board of Regents retreat on June 25-26, he said.

“Everybody’s been very willing to dig deep and make cuts that really are not sustainable,” Kleffner said.

The main priority through the budget cuts was to keep the student-athlete experience the same, he said. Each program within the athletics department made cuts with that intention and worked with department leaders to identify program needs.

“What we want to preserve is their ability to be developed into the best athlete that they can be and be able to be competitive at a high level,” Kleffner said.

The earliest the Pac-12 will allow training to begin is June 15, but Kleffner said he does not know for sure if WSU will actually start on that date.

Head Football Coach Nick Rolovich said the team has made use of group messaging to stay in touch and coordinate training.

“One morning I just sent them the [University of] Washington fight song,” Rolovich said. “That’s the first thing they woke up to, and I hope it pissed them off.”

Rolovich said he admires the work ethic of the team and how they do not complain about working hard to improve.

“Sometimes when you take over jobs you’re [thinking], ‘What mess do I gotta clean up?’ and there wasn’t a mess here,” Rolovich said.

He said one of his goals is to never embarrass the university or the fans with how the team plays.

Rolovich said he would be disappointed if fans cannot watch the game live.

“The students’ section was one of the most exciting things for me on that first day stepping into Martin Stadium,” Rolovich said.