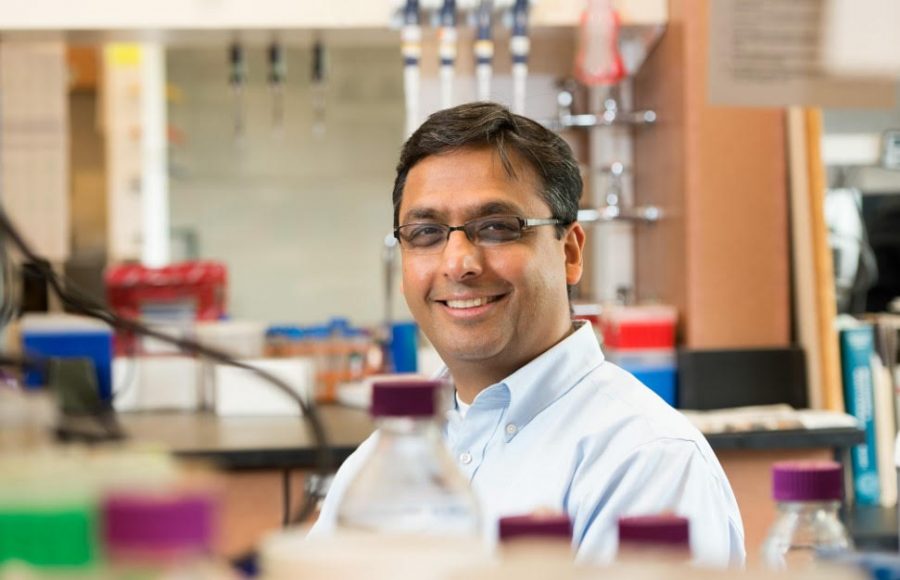 His two-year term started on June 1. He has served as a horticulture professor at WSU since 2006.

Growing up in New Delhi, India, Dhingra said he had an interest in farming but did not know much about the topic. His parents were medical doctors, and he was expected to follow his parents’ footsteps.

“When you are born in that generation, if your parents were doctors, you were also supposed to be a doctor, even before you were born,” Dhingra said.

When he was about 14 or 15 years old, Dhingra said he would stand in ration lines to pick up food because his family struggled with food insecurity. That experience has stayed with him and helped spark his interest in providing quality food for people.

Seeing his mom work as a doctor in India taught Dhingra to use his knowledge to serve people. He said his mom would give free medication to poverty-stricken women.

“I saw that work she was doing with these women was very noble,” Dhingra said.

Dhingra can still remember those times he would let patients into the clinic in the early hours of the morning. He said people would come with gifts for his mom to show their appreciation.

“I think I learned from her that you do the right thing no matter what,” Dhingra said. “It has taken me many years to understand what motivates me and I’ve come back to those conclusions.”

His mom’s work made him interested in solving food issues by doing things like providing nutritious food to people. This eventually led him to the horticulture industry.

During his time at WSU, he has mentored both undergraduate and graduate students. He also received the Honors College’s Outstanding Thesis Adviser award.

Christian said he met Dhingra in high school when he attended WSU’s Imagine Tomorrow competition. Dhingra was one of the judges and was giving a lecture during the event.

“I still remember that lecture back in high school,” he said.

“This is not a story of an award,” Dhingra said. “This is a story of relationships, and awards are an outcome.”

“That’s where I really learned how to change culture [and] how to bring people together from all parts of the university together,” he said.

Dhingra said developing a strategy to have a successful course delivery this fall is one of the areas he wants to focus on.

“At the end of the day, the main emphasis of an institution is taking care of their students,” he said. “That’s why we exist.”

Richard Knowles, horticulture emeritus professor, said Dhingra has a “can-do attitude” when it comes to volunteering for the department’s recruitment functions. He said that Dhingra has been a strong spokesperson for both the department and WSU.

“He’s passionate about undergraduate education, and he likes to go out and interface with people and promote our programs,” Knowles said. “That’s what you really need in a chair.”