OPINION: Trophy hunting has many benefits 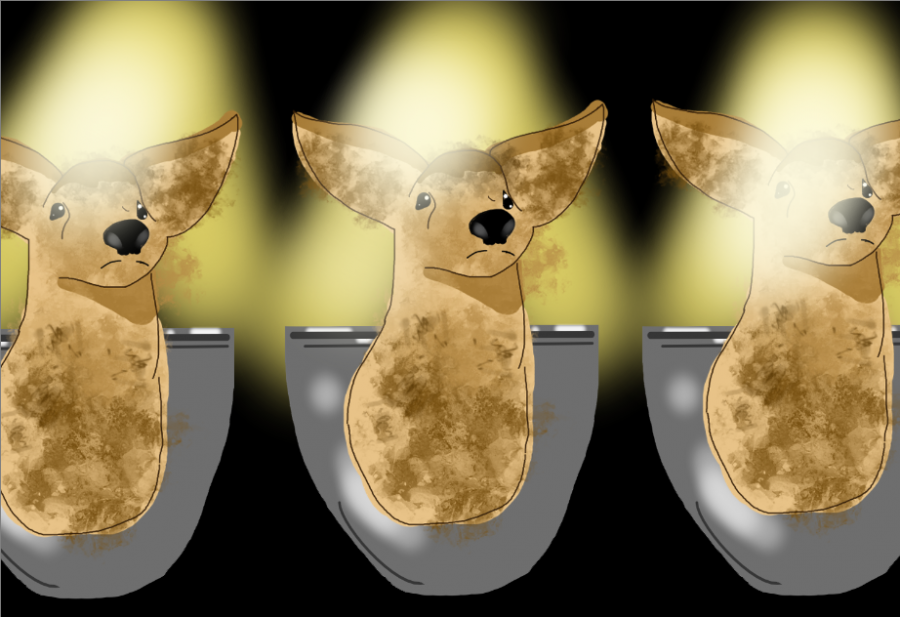 Why has there been such a negative buzz around big-game trophy hunting in recent headlines?

Bounty from a trophy hunt includes free-range organic wild game meat, as well as a lifelike representation of that animal by taxidermy. Some folks think that if a person has an animal stuffed and mounted, this must prevent them from consuming the meat. One can see how this misconception may form, because how could a hunter get the meat and still have what appears to be a fully intact animal to display? The answer is attentive care on the part of a hunter, combined with the skilled craftsmanship of a taxidermist.

Mike Stewart, owner of Stewart’s Taxidermy, said that there is nothing that would prevent a customer from eating the animals he stuffs. The idea that taxidermy would even exist in a world where it prevented the animals from being eaten seemed inconceivable.

“I don’t know how you could even come up with that idea,” he said.

Field care of an animal once it has been killed is the most vital responsibility of a hunter who wishes to have the perfect trophy, Stewart said. He said that once an animal is down, a hunter must get the meat and hide cooled down and cared for immediately if they want to preserve the hide of that animal.

A hundred percent of his customers are hunters, Stewart said.

“Think about it,” he said, “who is going to come in here wanting something stuffed except for a hunter?”

When hunters hear Stewart emphasize field care, some may think he is talking about avoiding errant cuts while butchering or removing the edible meat from the hide. This is actually a non-issue for him. Taxidermy is an art, and Stewart is a craftsman. He explained that mistaken cuts to the hide by hunters butchering in the field are just one of the things he is accustomed to overcoming when he recreates the likeness of an animal. Spoilage is a big issue. The hunter should care for the meat and hide as carefully as possible, as quickly as possible, not allowing any part of the animal to sit for too long.

In the U.S., there are many laws dictating permissible activities when it comes to extractive interactions with our wildlife. This collection of rules and regulations was built for the purpose of conserving wildlife species and the habitat they depend upon. We refer to this overarching, multi-layered system as the North American Model for Wildlife Conservation.

The model prevents over-hunting any species, hunting anything threatened or endangered, or even wasting any meat from a game animal. The latter infraction is known as wanton waste and is a gross misdemeanor.

The American Natural History Museum is filled with animal likenesses, many of which were personally hunted by conservationist former President Theodore Roosevelt. The Conner Museum at WSU has the largest collection of birds and mammals in the Pacific Northwest with 700 animals, according to their website.

Oftentimes, when an old trophy hunter passes away, their taxidermized mounts are offered to museums and learning centers.

Conner Museum Curator Kelly Cassidy said a few of the specimens on display in the museum were hunter’s trophies.

“The Bighorn sheep and a couple of cougars came from Rocky Crate, a WSU alum,” Cassidy said. “Some, like the leopard on the wall, were donated by the hunter’s heirs. Some of the hunting trophies are not on display but enhance our teaching collections. For example, we have polar bear and grizzly bear skins, obtained by trophy hunters and donated to the museum by the hunters’ heirs. The bearskins are regularly used by mammalogy classes.”

Cassidy said that the main purpose taxidermy serves at the museum is education. On their website, they are currently asking for a black bear pelt for educational purposes.

However, Cassidy said that some specimens must be declined by the museum due to its condition.

“Specimens that are not kept in closed cases, protected from dust and insects, are often in poor conditions,” she said.

Maybe the museum should get ahold of Douglas Boze, author of “No Bait… Just Bears” and “The Ultimate Guide to Black Bear Hunting.”

Boze is from Conway, Washington, and has an impressive list of taxidermy including two bear rugs, several bear hides and a full-size black bear that has been preserved to look just like the live animal.

“I’ve found that many non-hunters think a hunter shoots an animal only to cut off the head and place it vainly on a wall as some sort of morbid trophy, allowing the rest to waste,” Boze wrote in an email. “This is very far from the truth.”

If trophy hunters in America are just folks who buy hunting licenses, contribute to conservation and eat animal meat, what’s with the bad rap around trophy hunting? Is it that trophy hunters also take great care in the field, or that they pay a local artist hundreds of dollars to memorialize the animal? That hunters are the primary source of income for local taxidermy artists? Or maybe that they supply teaching materials to museums? It can’t be any of those things, so what is it?

Sometimes trophy hunting is conflated with activities carried out behind the high fences of animal hoarding operations in the U.S. Captive animals can’t be hunted sportingly.