Elbows or shells, the ultimate showdown 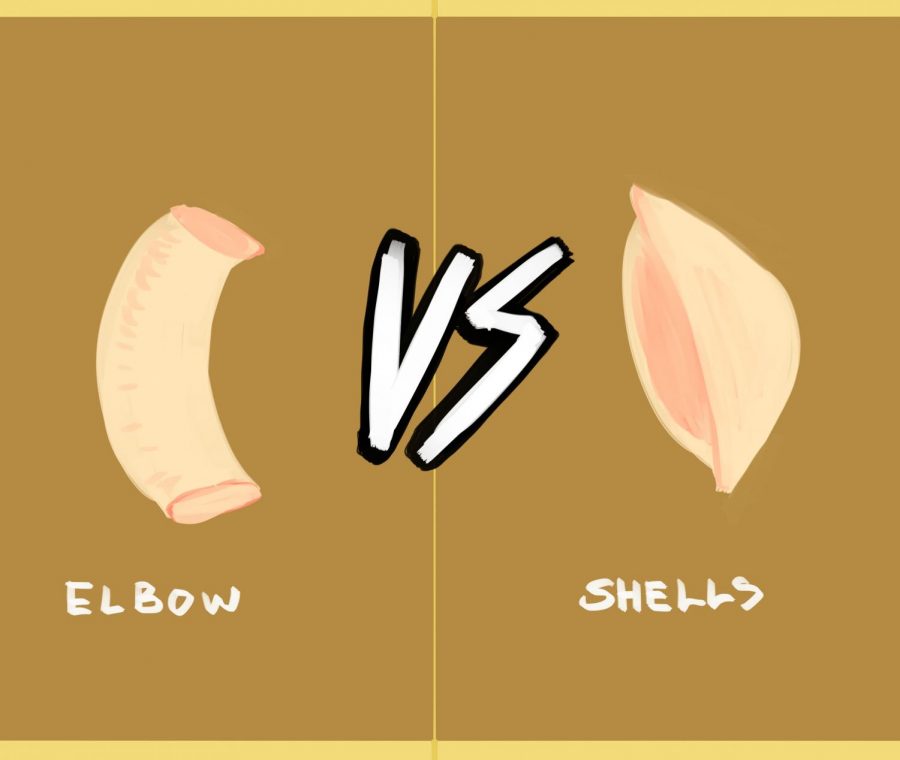 It's a hotly-contested battle, but which shape is truly the best of the pastas?

I fancy myself as a macaroni and cheese connoisseur: I’ve tried different cheeses and combinations of cheeses, different kinds of milk, seasonings, toppings and cooking methods. I’ve even tried at least twenty different noodles to figure out which was the best noodle for my perfect mac and cheese.

Between elbows and shells, I would choose elbows any day of the week — the only exception being Velveeta with shells, for some reason — and would probably rather not have mac and cheese with shells.

This says something because I literally eat mac and cheese at least four times a week. (Please don’t tell my mom.)

However, the public disagrees.

Shells beat elbows two to one in a poll of 150 people on Facebook. 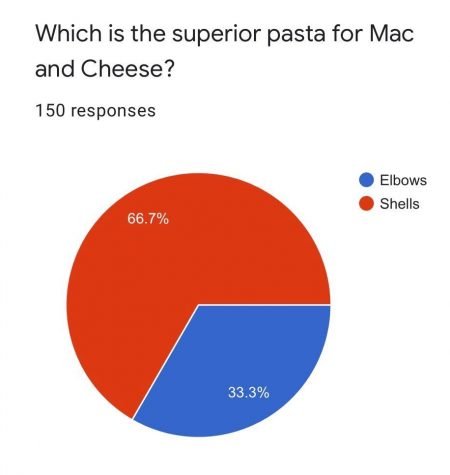 Quite frankly, I’m shocked and disappointed. Maybe even disgusted.

I hate shells because every time I cook them, there always seems to be water left in the shells. A shell-full of water with a nice salty and creamy cheese sauce is kind of a mood-killer.

Madelynn Knapton, junior music business major at University of Idaho, voted for shells because it has extra space and can act as a cup for the sauce.

“Elbows don’t have the ability to hold that much sauce,” she said. “It’s time to switch over [from elbow noodles.]”

When she pointed out the association between the noodle structure and sauce capacity, I did some digging into the other name for elbows, which is macaroni noodles.

This is clearly a sign that elbows are the type of noodle meant to be in mac and cheese. Otherwise, the dish would be shells and cheese. Which it isn’t.

After looking up the origin of the word macaroni, I stumbled upon Italian noodles that are called maccheroni. This Italian noodle is shaped like a tube that can vary in thickness, according to La Cucina Italiana, an authentic Italian cooking website. The only notable difference is that traditional maccheroni is not bent like the elbow.

Maisie Bowles, WSU junior international business and human resources major, told me that the bend is why the elbow pasta is inferior.

So, the people have spoken. Elbows are inferior, and shells are the superior pasta because they can hold more sauce. Both Knapton and Bowles said they were surprised shells won because elbows were the original or traditional pasta for the dish.

If elbows were actually inferior, do you think they’d be surprised?

The answer is: No.