‘Run The Jewels 4’ is an album for our times 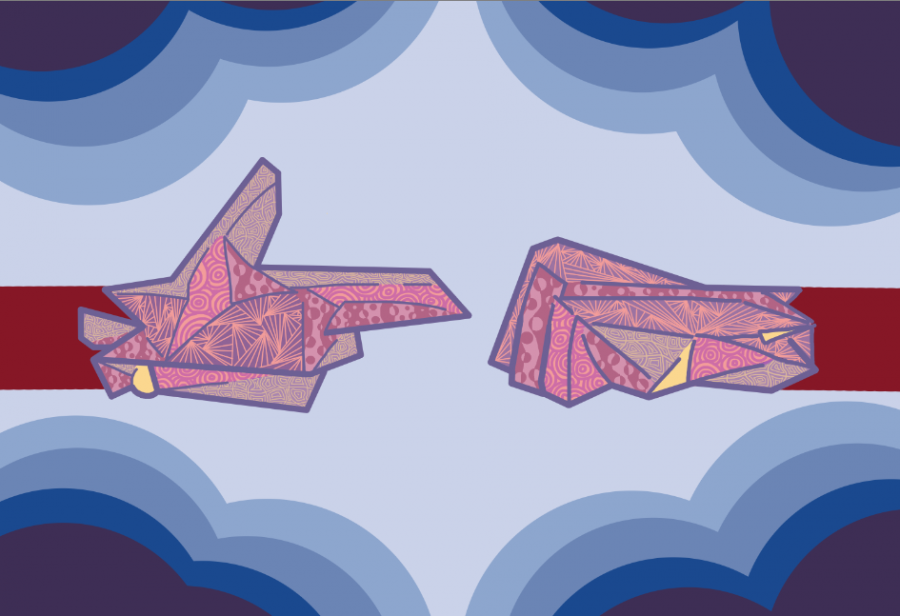 The fourth album from rap duo Run The Jewels kicks off with the verbal equivalent of a punch in the mouth.

“Scammer bliss when you puttin’ villains in charge of sh*t / All of us targeted, all we doin’ is arguin’ / Part of them isn’t workin’ til every pockets been picked and sold and harvested / I’m ready to mob on these f*ckin’ charlatans.”

So spits El-P on the intro track to Run The Jewels’ latest offering, “Run The Jewels 4,” which dropped on June 3. It’s an album that feels uniquely suited to the time and place in which we’ve found ourselves, with riots in the streets and a pandemic in the back of everyone’s mind.

Run The Jewels, a rap supergroup comprised of Brooklyn producer El-P and Atlanta rapper Killer Mike, has released three albums to date, each intrinsically tied to the political climate of its time. “Run The Jewels 1” was a raw 2013 release setting the stage for their more polished 2014 release, “Run The Jewels 2,” which forced listeners to reckon with police violence and cultural disenfranchisement.

“Run The Jewels 3,” a culmination of the previous two, released in December 2016, was a call to action, taking on police brutality, consumerist greed and a political situation that many found hopeless. It was swaggering and violent at points, emotional and grieving at others. In short, it was one of the best rap albums of 2010.

With “Run The Jewels 4,” the pair has recaptured the spark that rocketed their sound from underground duo to stadium-packing sensation. El-P’s razor-sharp production and tight, lean vocals, combined with Killer Mike’s bombastic, politically-conscious verses, have once again been the perfect concoction, a counterpoint to the uncertainty of 2020.

The intro track, “Yankee And The Brave (ep.4)” (a reference to El-P and Mike’s respective hometowns) kicks off with a cacophonous barrage of drum loops, and Killer Mike’s signature baritone growl, “Back at it like a crack addict, Mr. Black Magic / Crack a b*tch back, chiropractic, Craftmatic.” It’s a reminder that, first and foremost, this is an album rooted in Atlanta’s over-the-top Dirty South sound and Brooklyn’s gritty, tough-as-nails street culture.

This, to me, is one of the classic examples of an RTJ format: hard-hitting intro where the duo deliver some over-the-top verses, and then a beat change. The flow on “Holy Calamaf-ck” is first sharp and abrasive, then smoother, fuzzier and faster, and it’s one of the best songs on the album. Mike’s rags to riches story, no matter how many iterations of the same thing we’ve heard, is still incredibly inspiring delivered over an El-P beat.

“One time in the big ole south / Lived a lil chubby kid with a big ol’ mouth / Lame writers gave him big ol’ doubts / Now the same lil boy in a big ol’ house / Look at him now in the big ol’ cars /And the same folk hated pay big homage.”

“walking in the snow” starts with a killer fuzzed-up guitar riff, straight off a Suicidal Tendencies album, betraying the duo’s metalhead sensibilities. Gangsta Boo (in an uncredited performance) and El-P trade lines on an incredible verse for the first half of the song, but it’s only in Mike’s politically charged verse that the song really comes into its own.

“And every day on the evening news, they feed you fear for free / And you so numb, you watch the cops choke out a man like me / Until my voice goes from a shriek to whisper, ‘I can’t breathe’”

It was originally, according to the pair, an eerily repetitive elegy to Eric Garner, but with the death of George Floyd less than a week before the album dropped, it’s both incredibly prophetic and disgustingly telling of American society that the lines would hold such relevance in 2020.

If there’s one thing that never disappoints on any RTJ album, it’s the inevitable Zack de la Rocha feature. The Rage Against the Machine vocalist has featured on three out of the duo’s four albums, and each time, he’s delivered an acidic, razor-sharp ending verse.

On “JU$T,” de la Rocha redeems a stagnant Pharrell Williams feature in his signature style — full-tilt aggression, with not a shred of anger lost from the RAtM days. There’s a lot to say about de la Rocha’s delivery, his collaboration with Run The Jewels, even his solo work with El-P (check out “Digging for Windows”) but that’s a graduate thesis level amount of raving to do, so succinctly — Zack, you rock. Please come on my podcast.

“a few words for the firing squad.” What else is there to say? It’s a last hurrah, a final middle finger. They know how to close out an album, and I haven’t heard an ending track that hit me as hard since “Run The Jewels 3,” with “A Report To The Shareholders.” El-P and Mike trade verses over a melancholy saxophone riff. El-P expresses love for his wife (New York comedian Emily Panic,) Killer Mike tells the story of learning of his mother’s death, and both take a look back, over six minutes and 42 seconds, at their careers and lives.

“This is for my sister Sarah, honey, I’m sorry you were hurt,” laments El-P.

“Black child in America, the fact I made it is magic,” replies Killer Mike.

There’s pain and genuine emotion here, based on the two’s respective experiences. It’s raw and it’s real. But it’s not all the two have to offer, and the song and album end with a fake television ad, introducing the pair as a fictitious action duo known as “Yankee and the Brave.” A wink to their fans, a pop culture reference, and a call to arms — is there any other way to end a Run The Jewels album?

There’s much more to say about “Run The Jewels 4.” The depth of the lyrics, the masterful production, the unique guest spots all combine together to create an album that captures the spirit of our time, and times to come. It’s an album that, no matter the circumstance or year, can be relevant to what we’re dealing with in American politics and culture, and that’s both incredibly sad, and fantastically prescient, as it speaks to the duo’s skills and songwriting abilities.