Increase would apply to all campuses; Board of Regents to vote on proposal June 25 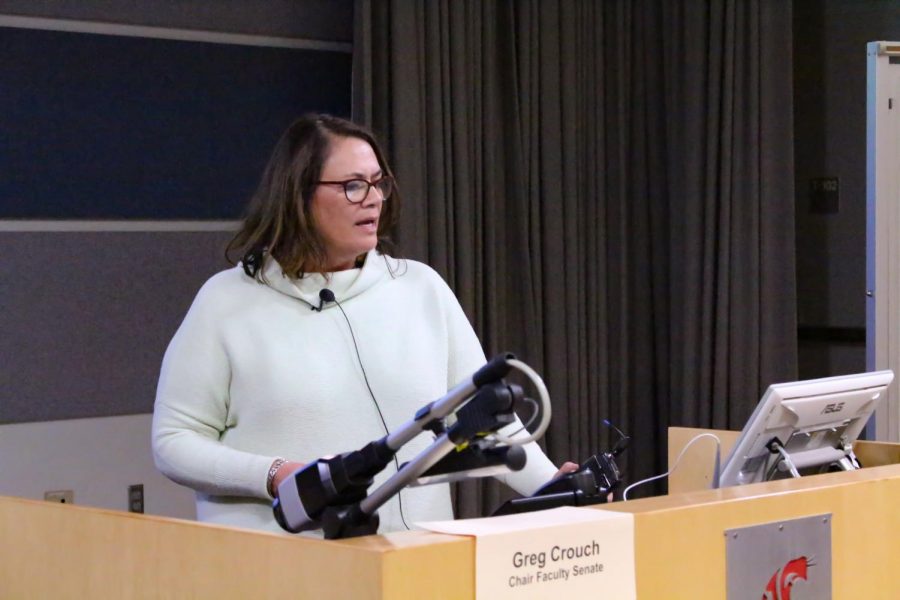 Stacy Pearson, vice president of WSU's Finance and Administration, said 2.5 percent is the maximum amount tuition can be increased this year, as allowed by the state of Washington.

The increase will apply to all students, regardless of residency and undergraduate or graduate status. The only exception is professional students, as their tuition increase will vary from program to program, said Stacy Pearson, vice president of WSU’s Finance and Administration.

The increase will apply to all campuses, including Global Campus, Pearson said.

She said the initial notice of the university’s intention to increase tuition was posted June 5 on WSU’s Student Government Council website. The proposal will be up for public comment until June 25, the day before the WSU Board of Regents will vote on whether to pass the proposal.

“On June 25, we will provide [the Board of Regents] with a list of comments from the students,” she said. “We have an email address for them to submit comments.”

The email address is wsubudget.office@wsu.edu.

Pearson said she and Mary Jo Gonzales, vice president of WSU’s Student Affairs, met with the student government council at 1 p.m. Thursday via Zoom to discuss the increase and answer any questions.

GPSA President Jennifer Johnson attended the meeting and said GPSA would reach out to graduate students for feedback on the proposal.

Johnson said she could understand the need for an increase, given the current circumstances, and the increase was not much larger than the 2.4 percent increase from last year.

“They really want to keep it as low as they can for tuition,” Johnson said. “We all know everyone is being negatively affected by this in some way, so putting more burden on the students is not a priority for anyone.”

Pearson said 2.5 percent is the maximum amount that tuition can be increased this year, as allowed by the state of Washington.

“Basically, they give us a number each year and it cannot exceed that amount,” she said. “And we understood that University of Washington was going to seek that 2.5 percent increase as well.”

The increase is due in part to the COVID-19 pandemic, but there are several other factors at play as well, Pearson said.

“We know this is a really difficult time to ask for a tuition increase,” Pearson said. “Even though the state has asked [WSU] and all agencies and universities to model a 10 percent budget reduction, this increase wasn’t to make up for that, it was to cover mandatory costs the state always attributes to tuition.”

These mandatory costs include employee benefit and retirement increases, as well as increases in minimum wage, she said. Some of the money from the increase would go to transitioning back to in-person learning.

“We were committed to opening and having students back in the fall, and so we would need to incur some cost to help make that happen,” Pearson said. “Obviously the tuition increase wouldn’t cover all of that, but it would certainly help some of those costs.”