OPINION: Battle of the coffee shops 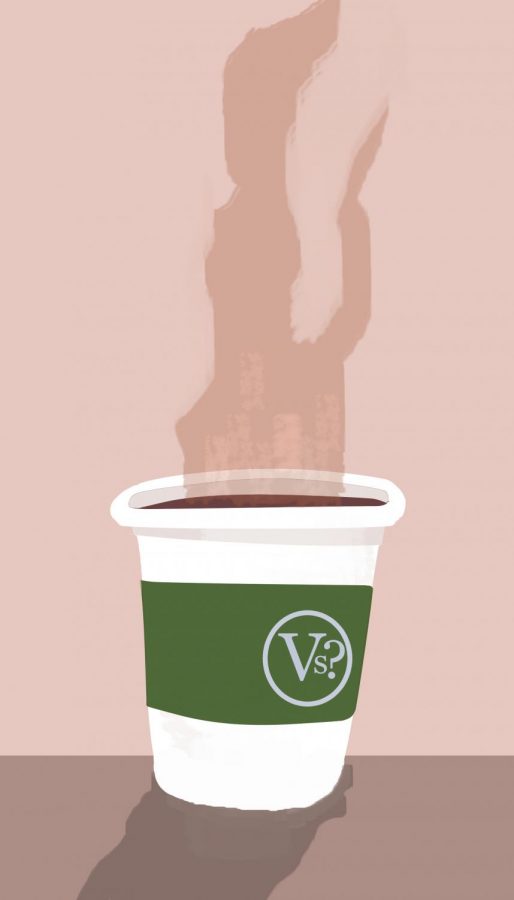 Will worldwide power or regional appeal win out in this week's battle of the coffee chains?

I started going to Starbucks when I was about five years old. My dad and I would go every Sunday, and I would get an iced hot chocolate (still my fave) with a chocolate-glazed old-fashioned donut.

I lived in Arizona during my childhood and bore witness to the first Dutch Bros Coffee shop when one opened down the street from my house. I was thrilled, bought my first ever orange and strawberry blended Rebel and threw it up about an hour later because I had thought it was fine to drink before a drumline rehearsal.

Into adulthood, Starbucks is still a special ritual with my dad when I visit home while Dutch is my daily dose of caffeine — I make sure to stay far away from blended Rebels, though.

So, which is better? According to a poll of 350 people, Dutch trumped Starbucks at almost 2:1. 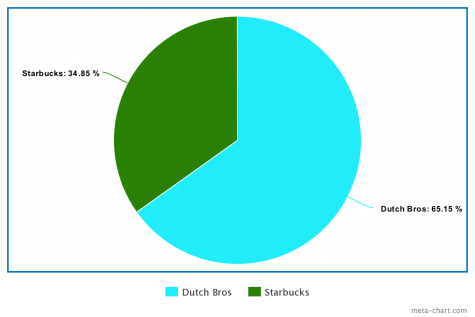 I personally love the high-energy welcomes and hellos you get from Dutch Bros employees. They always ask how my day is, they give me free drinks when I’m having a bad day and they seem to take an active and genuine interest in my well-being.

For Erin Murphy, senior human development major at WSU, this is one of the reasons Dutch Bros is her favorite.

“They’re really, really nice,” Murphy said. “People at Starbucks are also nice, but I feel like the Dutch Bros employees – they always kind of go out of their way to actually talk to you, and they’re super accommodating.”

She also really enjoys those first-of-the-month Dutch Bros stickers, and always goes with a group of friends to get them.

She compared Starbucks to classic, plain cereals and Dutch Bros to more innovative and exciting cereals.

I personally have worked at both Starbucks and Dutch Bros, and I have a special place in my heart for each, so I can’t choose one over the other.

Dutch Bros has an innovative and (somewhat) intimidating menu; they don’t serve drip coffee but they have just about every flavor of syrup you could want. They blast music, blast energy and blast enthusiasm for their customers and coffee.

Starbucks has those classics you crave and any drip coffee you want — just ask for a pour-over if they’re not brewing it! They don’t have energy drinks or hundreds of creative drinks, but they do have a cool, classic vibe for morning coffee and study sessions.

Penland said she encourages those who like Starbucks to branch out.

“Maybe they should break their everyday habits, and try something new because they might be surprised to find that they like new things they weren’t willing to try,” she said.

Most people may prefer Dutch Bros over Starbucks, but if you ask me, they both have unique qualities to satisfy caffeine-chasers everywhere.