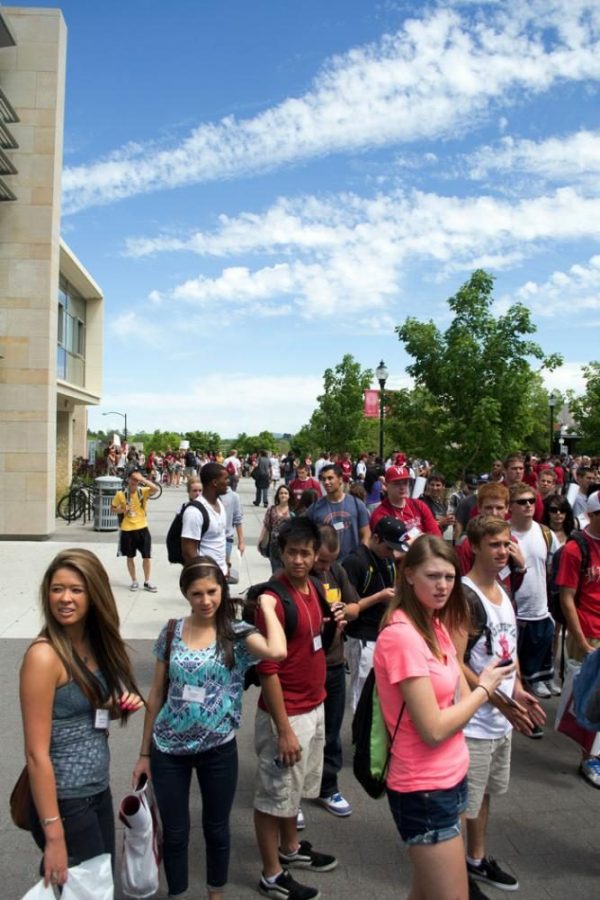 Alive! Orientation will be online through June and July. Students will attend an in-person resource tour before school begins in the fall.

The Office of New Student Programs is hosting Alive! Orientation online through June and July.

Dela Cruz said Alive! is conducted in three parts, which consist of online modules, live-streamed presentations and advising appointments, as well as a resource tour.

Ford said the program works in a very similar manner to how Alive! is in person.

Students will meet their orientation counselor on the first day via Zoom, she said. Afterward, they will begin their online orientation modules.

Ford said the online modules take about three hours to complete, but students have been completing the modules much quicker than expected.

The freshman program lasts three days and the modules are made available to them on the first day of orientation, Dela Cruz said.

For the transfer program, which is a two-day program, the students will have access to the modules one week prior to their orientation, she said.

Ford said the extra time is allotted to transfer students because their orientation is shorter.

She said modules have about eight sections, which cover topics ranging from financial education to tasks students need to complete before school starts.

Orientation counselors lead community-building activities and check-in with their students, she said.

Ford said students connect with other students in the group as well as with their orientation counselor about seven times in total.

CougTalks is one of the presentations students will attend. It is about 20 minutes long and covers topics like campus dining, WSU traditions and on-campus student employment, Ford said.

Another presentation called “Transitions” prepares students for changes they will experience while moving from high school or a different university to WSU.

There is also a pre-advising module that allows students to learn information about the academic area of their interest, Dela Cruz said. Then students will have online Zoom appointments with academic advisors.

After advising, Ford said students will leave with a full set of courses ready for fall.

Dela Cruz said the third part of orientation will be an in-person resource tour in the fall. Once students arrive in August, an orientation counselor will take them to over 30 different resource stops, including offices and student centers.

“I wish that I would be able to see new students on campus … and get that cougar spirit,” Dela Cruz said.

Ford said about 700 students completed their online Alive! Orientation. The university is expected to have about 4,000 incoming students. There are still about 3,300 students to go, she said, and there are nine online orientation sessions left.

Dela Cruz said it has not been decided yet whether August orientations will be online.