‘I feel like everything was torn away from me’

High school class of 2020 adapts to life without prom, traditions 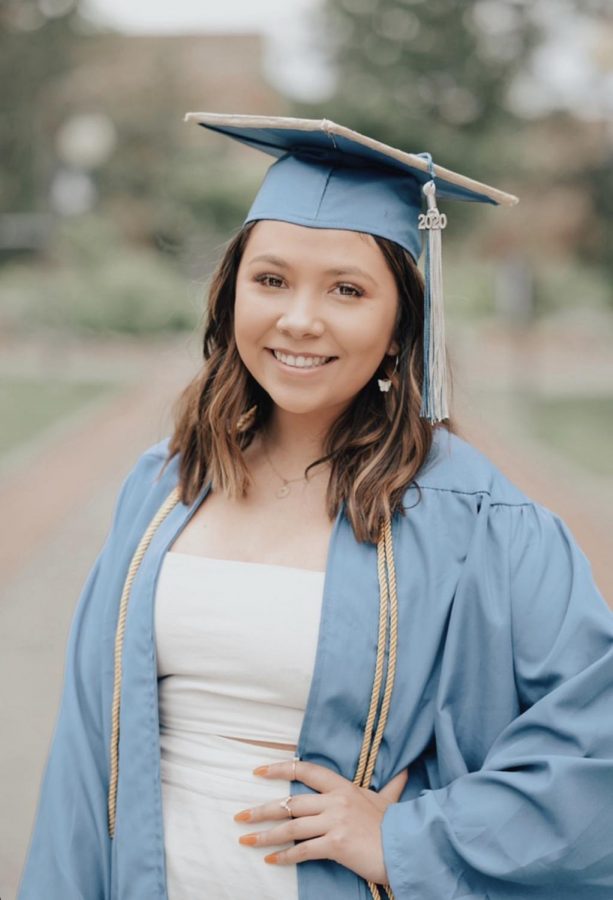 Pullman High School graduate Devon Jones did not believe the pandemic would affect her the way it did. Next year, she plans on attending Whitworth University on a full-ride academic scholarship.

When public schools across Washington moved to virtual learning in March, the high school class of 2020 missed out on many of their last memories.

Ashlie Arrell graduated from Pullman High School on June 12 with plans of attending Spokane Falls Community College at the Pullman campus to get an associate’s degree in business marketing.

Arrell did not think it would be a big deal when classes went online, she said, but she was very upset when she found out what she would be missing out on.

“I was looking forward to prom, my senior track season and … being in a classroom for the last time,” Arrell said.

Pullman High School was one of many schools nationwide that had to alter their graduation ceremony.

At the beginning of the pandemic, she thought it was a joke. She said she did not think a virus could possibly change everyone’s lives the way she has witnessed.

Jones said she remembers the moment she found out she would not go back to her high school.

“I was on a college tour when I learned that we would be missing out on six weeks of the school year,” she said. “It was hard, like really hard, especially since I wasn’t at my last day of school. I feel like everything was torn away from me.”

Even though her class missed out on prom, senior skip days and other events, Jones said she has learned a lot about patience and not taking anything for granted.

Jones said she hopes to be a criminal justice lawyer for adolescents.

“Whitman County is kind of in its own little corner of the world, so I didn’t think it would affect us,” Baerlocher said. “I was upset, but I assumed it would only last a couple weeks.”

With everything happening, there is now a new normal to his daily life. He said he focused on what he could control instead of getting upset about what he missed out on.

The CHS graduation occurred at the Palouse Empire Fairgrounds. Baerlocher said he was grateful to be in the same place as his friends for the first time in months.