Five bacterial proteins could be used for vaccine in cattle 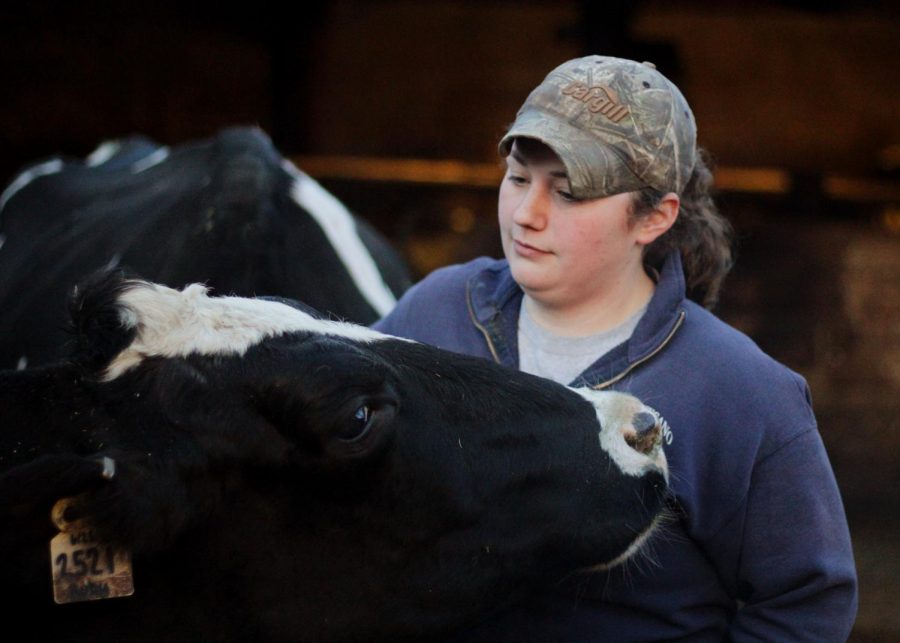 Some cattle, especially younger ones, seem to better withstand infection from a disease called anaplasmosis.

WSU researchers investigating the bacteria Anaplasma marginale have identified five proteins that could potentially be used in a global vaccine against it.

A. marginale is a tick-borne bacteria that infects red blood cells in cattle, said Kelly Brayton, professor in WSU’s Department of Veterinary Microbiology and Pathology.

“It limits the ability of people to breed highly productive animals,” Noh said. “For the most part, they can live with anaplasmosis, but animals that produce more milk or meat can’t tolerate it.”

The U.S. loses about $300 million per year due to anaplasmosis, Brayton said.

A. marginale has a very small genome, or set of genetic information, she said, so it is dependent on a host for its nutrients and metabolic processes. Because of this, the bacteria cannot live outside a host cell.

The bacteria does not cause sickness in ticks, Brayton said. However, if a tick bites an infected animal, it can pass the infection to the next animal it feeds on.

Brayton said some cattle, especially younger ones, seem to better withstand infection from A. marginale.

“Once they’ve acquired that infection, they can survive quite happily with it if it doesn’t kill them when they first get sick,” Brayton said. “That’s why it’s kind of insidious, because once it’s in a population, it is very difficult to get rid of.”

Noh said there are antibiotics available to treat anaplasmosis, but they do not make the infection go away. Once a cow is infected, it will remain as a source of infection for other animals.

A blood-borne vaccine against A. marginale is already in use in South Africa. However, it is not approved for use in the U.S. because it could spread other diseases that are not being screened for, Brayton said.

“An improved vaccine is in order and can potentially be used more broadly,” Brayton said.

Brayton and her colleagues in South Africa used comparative genomics to identify genes that are relatively similar between A. marginale in the U.S. and in South Africa, she said. This is important in order to create a vaccine that can work on A. marginale around the world.

Brayton said they identified five potential proteins that could be used to create a vaccine against A. marginale. Those proteins — Am779, Am854, omp7, omp8 and omp9 — are all located on the outer membrane of the bacteria and are genetically similar in the U.S. and South Africa.

The next step in creating a vaccine is producing the proteins and testing them on cattle, Brayton said. If the proteins give cattle immunity to A. marginale, they would then challenge the immune response with other strains.