Student-athletes must self-quarantine for one to two weeks before returning to practice; complete daily screenings 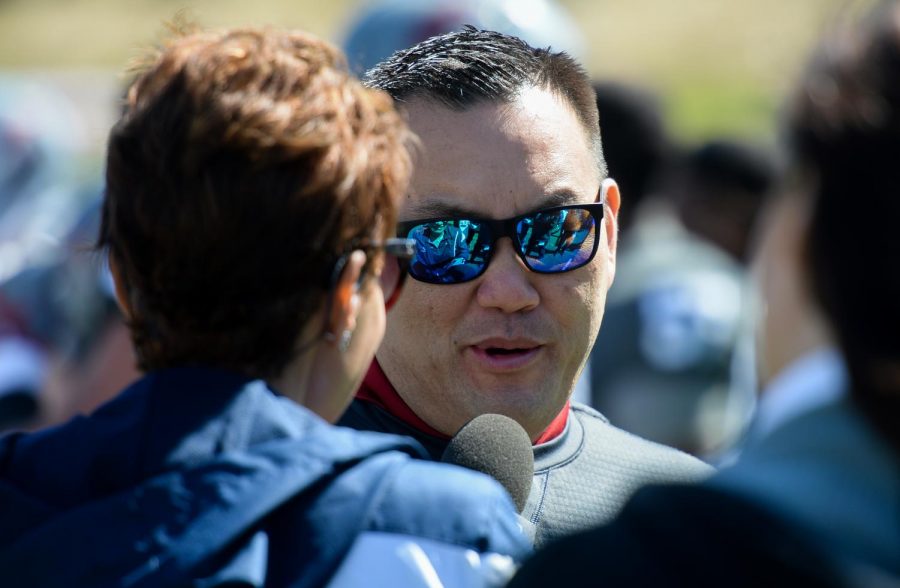 WSU student-athletes were allowed to return to Pullman for voluntary workouts this week.

In an online press conference on June 11, WSU Athletic Director Pat Chun said they expected a handful of student-athletes to report for the workouts. They also expected a majority of the football players to be back or on their way back.

“There’s a level of excitement to be able to get at least a small group of them back to a huge part of their daily lives,” Chun said in the press conference.

The workouts are strictly voluntary, Chun said. Participation, or lack of participation, will not impact a student-athlete’s status on the team.

If a student-athlete does not feel safe returning, they do not have to, Chun said.

Chun also said he hosted a separate meeting with the parents of student-athletes to ensure that everyone involved understands the situation.

There are several steps that student-athletes must take in order to return to practice, according to a press release from WSU Athletic Communications.

Student-athletes must go through polymerase chain reaction (PCR) testing, antibody testing and a physical exam before being cleared to workout, according to the press release.

Before entering any facilities, all staff and student-athletes must have their temperatures taken and complete a symptom-screening test. This is done daily.

The workouts are primarily held outdoors, he said, because it coincides better with health standards. Student-athletes work out in groups of five, regardless of whether they are inside or not.

Student-athletes are encouraged to wear respiratory masks and observe social distancing behaviors for their own safety, Chun said.

The athletic department’s priority is the health, safety and wellness of the student-athletes, he said.

“It’s important that we handle this correctly to keep a safe environment for our student-athletes,” Chun said in the conference.

At the time of the press conference, close to 60 student-athletes had been tested for COVID-19, Chun said. None of the student-athletes tested positive, but there is a protocol in place in the event of a positive test.

He said they are still in the budgeting process to figure out how to fund COVID-19 tests throughout the season. Health insurance may cover some of the costs, but they have not finalized anything yet.

“It’s one of those non-negotiables that we’ll have to figure out how to cover,” Chun said in the conference.

There is still uncertainty surrounding the regular season and whether fans will be able to attend games in-person. Chun said department officials are talking about those plans, but they have not made any decisions.

“We’re going to be very thoughtful in how we do it,” he said in the conference. “President Schulz just wants to make sure we do this thing in a safe manner and have a safe environment for our fans and for our student-athletes.”

The NCAA recently approved a six-week pre-season plan that Chun said WSU is going to follow for the return of fall sports.

Chun said there is still a lot of time before the start of the season, and they want to take their time to make any decisions.

“A lot’s going to change,” he said in the conference. “Right now, our focus has been getting students back to campus. . . this is kind of a crawl-walk-run type of process.”