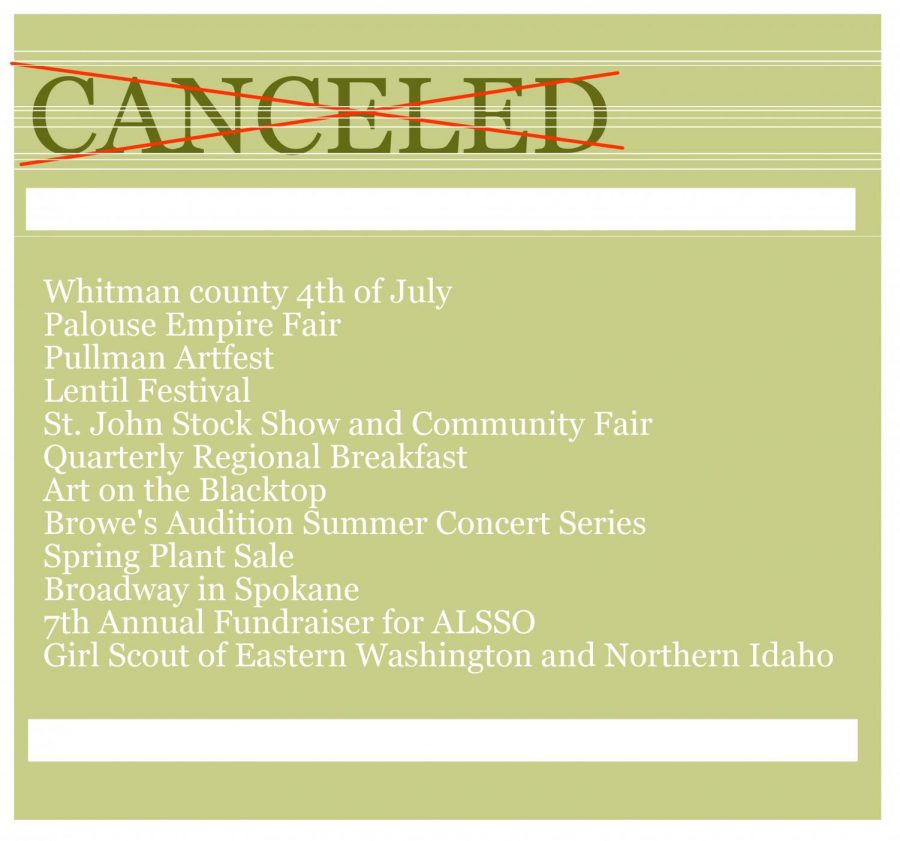 Due to COVID-19 concerns, many local events will be canceled for this summer, while others plan for a fall date.

As the Palouse shifts to the summer heat, people had to be creative with how they spend their time as annual events in Whitman County are canceled or postponed due to COVID-19.

Braydon Miner moved to Pullman in late 2019. He said he was looking forward to getting more involved with local events planned for this summer, such as Whitman County’s annual Fourth of July Celebration.

While the celebration was canceled this year, the Whitman County Chamber of Commerce is collecting donations to fund a firework display with social distancing requirements.

Dalton Plummer, fifth-year doctoral candidate in molecular biosciences, said it is a good thing events are being canceled.

“It’s unfortunate that so many events have been canceled,” Plummer said. “I think mitigating the risk of spreading the infection greatly outweighs having those events proceed as planned and potentially put more people at risk.”

He said the cancellation of events, such as the Pullman ArtFest and the annual National Lentil Festival, should serve as a reminder to people about how serious COVID-19 should be taken.

“It feels like everything has started to die down with the virus, obviously it’s not completely gone but it’s nice to start getting back to ‘normal,’” Miner said.

Plummer said it seems like everyone who has been affected found a new sense of normal to get through quarantine.

“Not much has changed after the initial lockdown period,” he said. “I think I’ve become more aware of respecting physical distance whenever out in public and will probably continue to do so after COVID-19.”