Students profess, this prof is best. 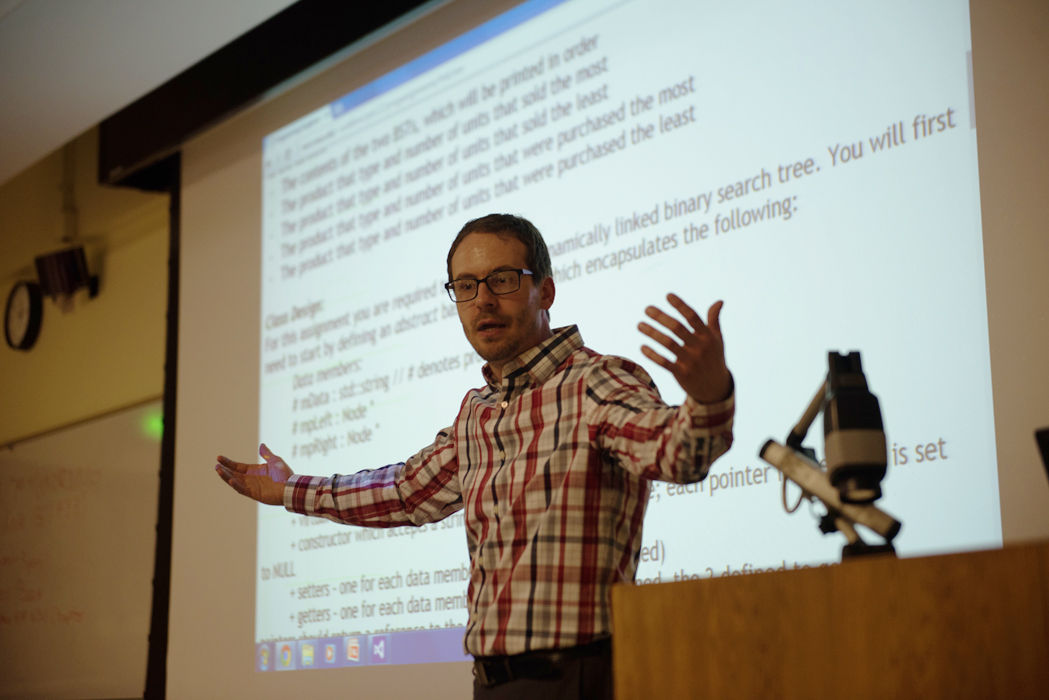 Andrew O’Fallon, a professor of software engineering at WSU and winner of best professor for the 2016 Student Choice Awards, tries to think of creative ways to get students out of their selves and involved in the class.

He asks students to get up in front of their peers and try to solve a question using the information he teaches them in this way in order to help them build their confidence and also to create a more inclusive atmosphere. He tries to teach software engineering in as engaging a way as possible.

O’Fallon, a WSU professor for 12 years, said his interest in technology first began sometime during middle school and high school, and like many of his students, he did not necessarily know what kind of discipline he wanted to go into.

O’Fallon said one of the key aspects students learn in his class is effective problem solving.

O’Fallon that when he teaches he tries to make it fun and keep students engaged and interact with them as much as possible, regardless of class size.

“My goal every semester is to try and get as many students to participate in lectures in some point as possible,” O’Fallon said. “A lot of times in a class the size of 200 it is difficult to try and get everyone involved, though that doesn’t stop me from trying.”

O’Fallon credits much of his success as a professor to mentors he had along the way who made a lasting impact on him. He said a lot of what drove him to become a professor was the desire to mentor others and make a difference.

“It is an absolute honor to be able to teach at WSU,” O’Fallon said. “There are so many talented students who come through our program and I feel like I am extremely lucky to have some kind of impact on the first-year students.”