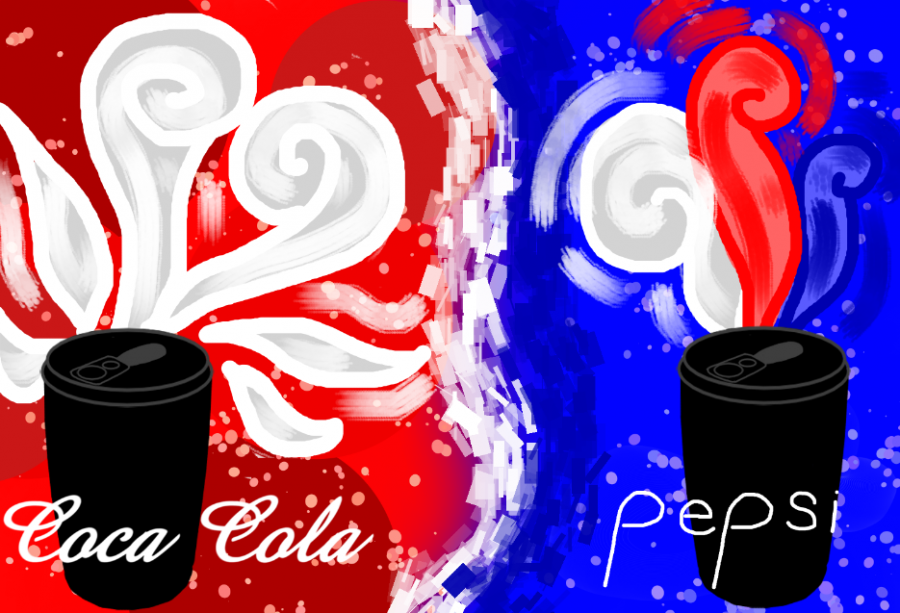 The brand war between sodas has been going on for decades.

Coke or Pepsi? I feel like I’ve heard this question since I was a kid. If I’m not mistaken, each company also has its own commercials throwing shade at each other, too.

But why? Do they really have such different flavors? I’ve told my boyfriend I can tell the difference between Coke and Pepsi, and he’s convinced that’s not possible. (He thinks Aquafina and Dasani taste the same, though, so you can’t really trust anything he says.)

Coke is a classic, in my opinion. I’ve been watching the polar bears in commercials open twist-off glass bottles since I was 7 years old, and my grandma has had an unhealthy obsession with Coke since my mom was my age.

If this isn’t enough to convince you that Coke is the superior cola beverage, it won in a poll: 59% voted Coke superior to Pepsi.

I’m not the only one that was surprised.

Albion resident Nicholas Hoskin said he was also shocked by the results.

“I’ve always been used to Coke as a drink,” Hoskin said. “All I’ve seen, even at McDonalds and everything — there’s so many places that offer Coke. It’s just the mainstay.”

Now, I do believe that Pepsi has its place — I occasionally like to have a Pepsi, and if I’m craving a cola drink and there’s no other option, I don’t hate having Pepsi.

This brings up an interesting tangent: different beverages taste better in different containers. I would take a Pepsi in a can over Coke in a bottle, and Coke in a cup with ice trumps all Pepsi options.

Pullman resident Carson Goody is a Pepsi supporter and said that Pepsi has a “sharper taste” compared to Coke. He also said he believed preference could be based on region.

“I know a lot of East Coast [places] have a lot of Pepsi over there,” Goody said. “But West Coast, Coke is definitely the go-to.”

I think this was an interesting theory and have experienced this in Arizona. Where I grew up, Mr. Pibb was a super popular drink, and some places had it over root beer or Dr. Pepper. As soon as I moved to Washington, I felt like I couldn’t find Mr. Pibb anywhere.

Well, either way, both colas are a staple in drink fountains everywhere, and both are appreciated. But wait — is it soda, or pop?