Rebuild a police force that actually benefits everyone 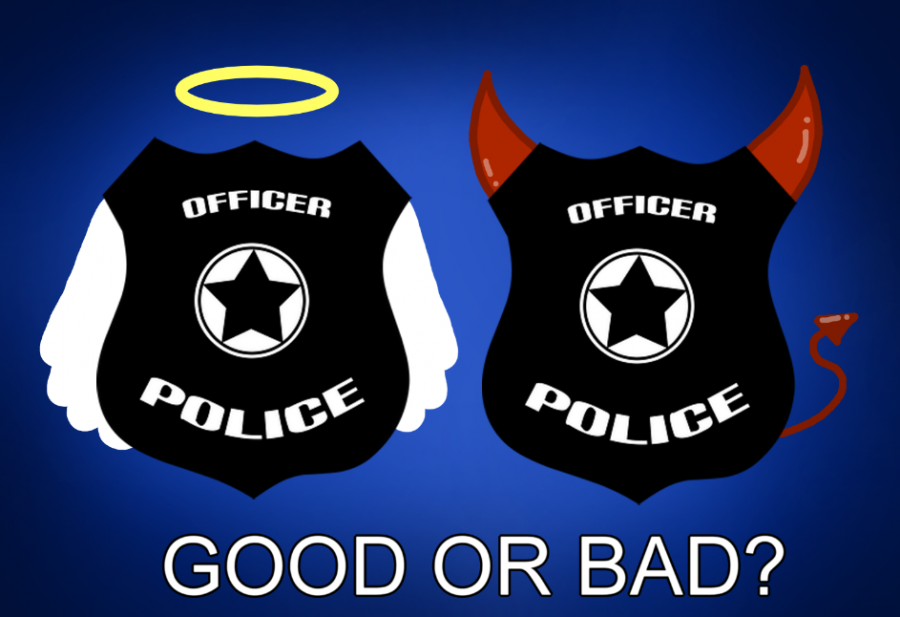 We need to create a police force that actually helps and protects the people it's designed to serve.

In an unfortunate Facebook questionnaire, a comment was made in response to my asking for people’s opinion on police reform:

“As a person who knows little about police policy, I do not have enough information and cannot formulate an opinion. Neither should a Daily Evergreen reporter who isn’t studying law enforcement.”

This person is correct. I am not, formally, studying law enforcement.

At this moment, I would like to take a second and introduce myself. My name is Claire Padilla, and I am a biology student on a pre-med track. No, I am not studying law enforcement. However, I am a person with privilege, and I’m diligently studying how I and others are abusing our privilege and how to make our world more equal.

It just so happens that a focus of my research at the moment is involved with law enforcement and how the police are abusing their power. Furthermore, as an opinion columnist and a human, I feel very confident that I don’t need to be an expert in a field in order to have an opinion on it. After all, police aren’t trained “experts” and yet … here they are.

Now with introductions out of the way, let’s talk about abolishing the police force. If it seems drastic, or even scary, that’s OK. However, that feeling comes from a place of privilege and the fact that the police are working for you.

“Police reform is a more centrist idea that is more comfortable for people who don’t recognize how important completely changing our police system is,” Pullman resident Alex Akmal wrote in an email. “While programs like 8Can’tWait [sic] and ideas like deescalation training are steps in the right direction, they do nothing to actually change the inherently racist institution as a whole.”

The history behind policing in America started in the 1600s and consisted of volunteers whose purpose was to hunt down escaped slaves and punish them. The police force was built for and around slavery and racism. This means that all cops, even good ones, are working for and upholding an inherently racist system. This is why reform won’t work.

Abolition, on the other hand, will work. This is because abolishing the police force as we know it allows us to rebuild it from the ground up. We can listen to how the current system isn’t working for everyone, specifically Black and Indigenous people of color (BIPOC) communities, and make the new system work for them, too. Pair that with defunding, and the system becomes much more people-friendly.

Pullman resident Alyssa Johnson wrote in an email that the idea of removing the police was concerning.

“I don’t know what abolishing the police force is, but I don’t want to abolish the police,” Johnson wrote. “Who else are you going to call during domestic abuse or when you need to enforce a gun-free zone?”

This is a great question. Who will we turn to in situations that we normally rely on police officers for? This is where defunding the police comes in.

Defunding is when one moves funds from law enforcement to places that can actually help with 911 calls. Many calls are for help that other programs can respond to. In cases of domestic abuse, social workers are trained significantly more than police officers to handle and diffuse situations and figure out how to best prevent future events from occurring.

Akmal is a social work major at the University of Montana and said that she has received more training on de-escalation and outreach than virtually any police officer.

When officers respond to domestic abuse, they often don’t know how to de-escalate and properly handle the cases. Because of this, officer response makes situations worse and there have been many instances, especially in BIPOC communities, where officers have hurt those they were meant to protect.

Social workers should respond to mental health calls instead of police. Police hardly go to school and when they do, they can choose a range of things to study, many of which don’t involve law enforcement. Social workers go to school for many years and specifically study mental illnesses, how to detect and handle most situations and symptoms.

In the case of Keith Vidal, who was diagnosed with schizophrenia, a 911 call was placed to get Keith to a hospital. Instead of an ambulance, officers showed up. Backup was called when he pulled out a screwdriver, and when backup arrived, he was tased and shot in the chest. A social worker is required to diffuse situations without violence, and Keith’s death could have been prevented had one responded instead of an officer.

Police abolition isn’t about dissolving law enforcement and allowing our society to be unruly, it’s about gradually relocating services to better places to make our society safer. A small list of services that would be able to provide support instead of police are social workers, mental health services, victim/survivor advocates, religious leaders and even those who live right next door — our neighbors.

Right now, Black communities are screaming from the rooftops that their lives are being taken through the injustices of law enforcement. They are saying that the only way to fix the system is to abolish it and rebuild it differently. All lives can’t matter until Black lives matter.