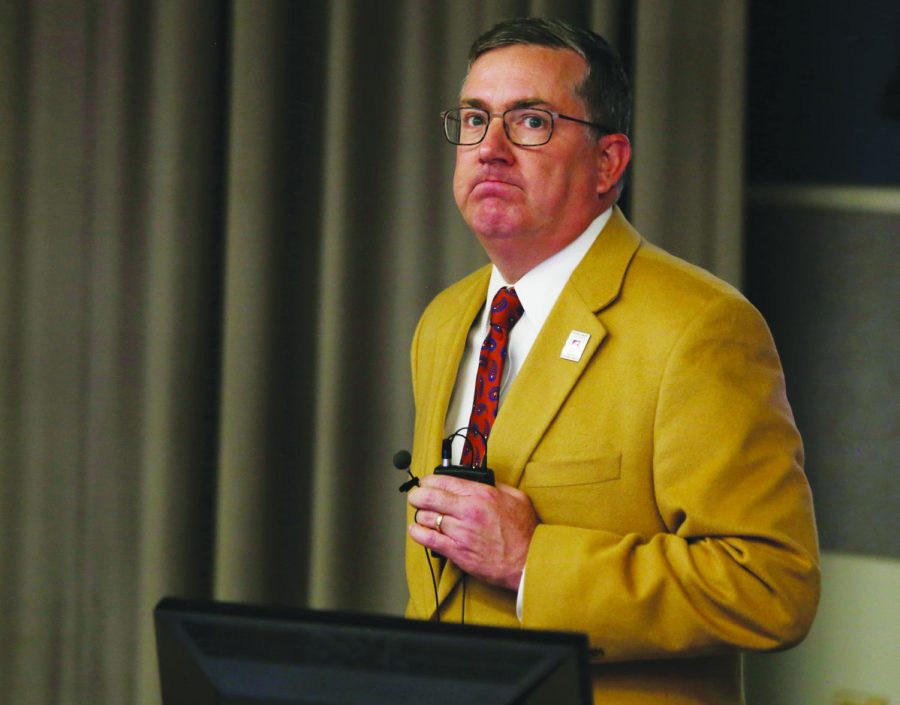 The president emeritus of University of Wisconsin completed a review of WSU President Kirk Schulz.

The comprehensive review of WSU President Kirk Schulz lists both accomplishments and challenges he has faced since his appointment in 2016.

The review was conducted by Kevin Reilly, president emeritus at the University of Wisconsin. Reilly interviewed approximately 70 people for Schulz’s review, including board members, students, staff, alumni and administrators.

Schulz’s first accomplishment was the work he did to fix the university’s finances. Schulz is credited for turning around the institution’s finances when he hired Stacy Pearson, WSU’s Chief Financial Officer, according to the review. She was able to help Schulz establish a four-year process to replace the outdated financial and human resources management system.

The new system allows for more efficient financial and human resources operations across WSU, according to the review.

Another achievement was Schulz’s appointment of Daryll DeWald, the first vice president of health sciences in Spokane, according to the review. Schulz also reorganized reporting lines to integrate medical, pharmacy and nursing programs on the Spokane campus.

The review also identified challenges Schulz faced. One of his challenges is being the first president of WSU as a system rather than an institution, according to the review. This means Schulz is president of all WSU campuses.

Schulz’s responsibilities increased with the opening of Elson S. Floyd College of Medicine in Spokane, the new campus in Everett and the admission increase of students for Global Campus, according to the review.

Staff members are questioning Schulz’s role and how the administration will continue to function as a system rather than a single institution, according to the review.

Some academic staff members said Schulz’s view of the university is heavily influenced by administrative decisions, and he is unable to pay adequate attention to academic life, according to the review. They said this is due to the large number of administrators that report to Schulz directly.

Despite those concerns, faculty and academic leaders said they feel Schulz supports and appreciates their work, according to the review.

The future of “Drive to 25” became a challenge due to funding resources becoming scarce during COVID-19, according to the review. Despite the challenges with funding, all recommendations from staff and faculty were to reshape the effort rather than abandon it.

These recommendations include moving the target date from 2030 to 2035, narrowing or dropping some goals and selecting certain academic areas to focus on.

The completed review can be found on the Board of Regents website. Board members will discuss the report and hear from Schulz during their meetings on June 25 and 26.