‘She speaks for what she believes in’ 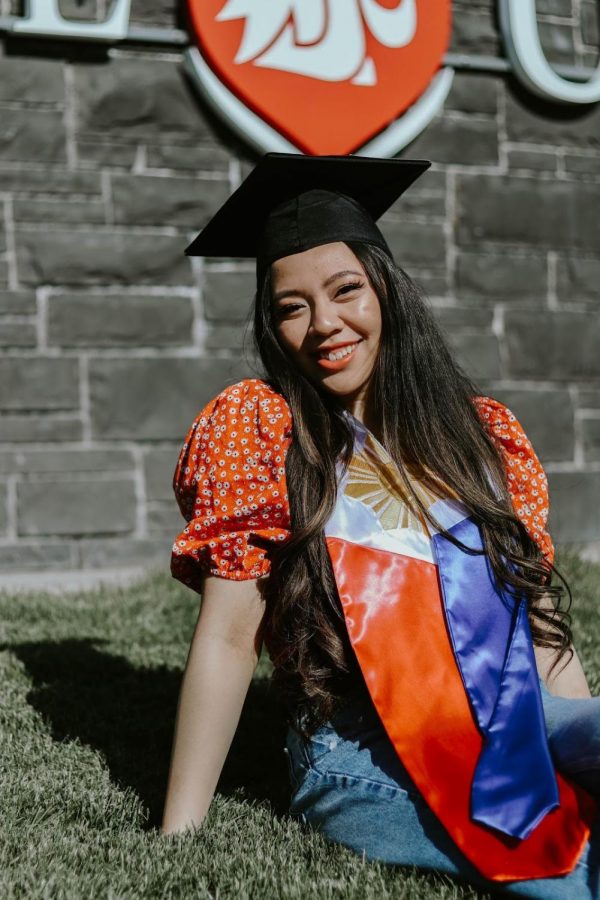 Kaylah Blas developed her leadership skills during her time at WSU by being involved with Chi Delta Sigma sorority and other organizations.

WSU alumna Kaylah Blas took a leap of faith by leaving her Californian home to attend WSU, being the first in her family to do so.

Blas packed her schedule by being involved with the Asian Pacific American Student Coalition, Hawaii Club and the Center for Fraternity and Sorority Life. She was also an orientation counselor at Alive! Orientation for incoming students.

“Being a first-generation college student — WSU was definitely a big transition for me to learn what resources there are for minorities and where exactly I fit,” Blas said. “My first year was a very big transition.”

She said she is also a proud member of her sorority, Chi Delta Sigma. The sorority was founded at WSU as the first and only Asian American Pacific Islander-interest sorority, Blas said.

Blas learned leadership skills at WSU, which helped her gain the confidence to run for president of the Multicultural Greek Council in 2019, she said.

Her sorority was the first stepping stone she needed to figure out what type of leader she was, Blas said.

Growing up in Northern California, Blas said she chose WSU because she wanted a change and to step out of her comfort zone.

Blas studied business administration, psychology and human development. She said she was originally interested in nursing, but later found she wanted to pursue a career as a business operations analyst. She is currently on the ‘job hunt.’

If Blas could change one thing about her college experience, she said she would have taken the opportunity to study abroad.

Ciara Ivy, WSU senior studying linguistics and Chinese, met Blas at the Multicultural Greek Life recruitment week in 2016. Ivy and Blas lived on the same side of campus and would always see each other at Flix Cafe, Ivy said.

“She speaks for what she believes in,” Ivy said. “I’d say she’s passionate and when she has a vision for something, she sees it through no matter the odds and obstacles placed in front of her.”

WSU alumna Mariela Frias-Gomez met Blas as an orientation counselor and said to this day, Blas is an amazing leader within her communities.

Frias-Gomez said Blas has many great qualities, including being empathetic, humble and genuine. She demonstrates them in her everyday life. Frias and Ivy both said they believe Blas is a leader who values the skills of her peers.

“Kaylah is selfless and cares more about helping others before herself,” Frias-Gomez said. “She teaches cougars every day what leadership is, and I am glad to continue seeing her growth.”