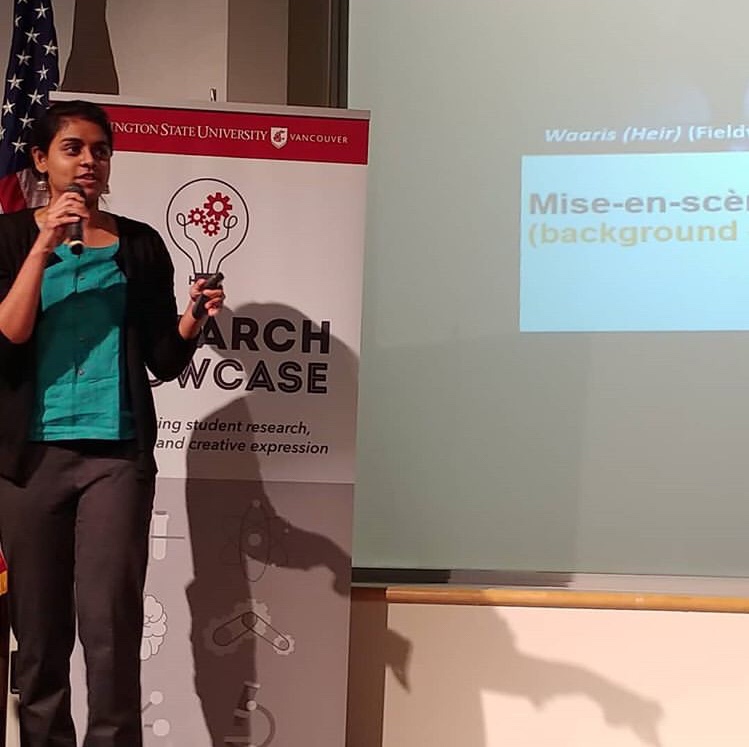 Sreenidhi Krishnan moved to the U.S . in 2016 to complete her doctoral degree, and has since won several awards for her research about cultural impacts on Hindi soap opera productions.

One WSU student turned her love for movies, soap operas and other media into the driving force behind her research.

Krishnan said she is interested in how gender, caste, class and religion mingle in productions, with everyone from the producers and directors to the actors as well as the art and makeup departments.

“[I’m researching] the ways in which their identities in terms of belonging to certain religious communities or caste communities or class backgrounds — how those identities mingle with their professional identities and how that affects their neighbor or perceptions,” Krishnan said.

At this time, she was supposed to be in Mumbai, India, conducting interviews and directly observing participants on sets of Hindi soap operas. She said she had also planned to get in on the action by becoming an assistant director or part of the creative team instead of solely observing.

“You only get to know so much when you’re observing as an outsider,” Krishnan said, “but when you work with them, you have an insider’s view of how things actually function.”

Unfortunately, the coronavirus has postponed her plans, so Krishnan said she is conducting online interviews, but she is still in touch with her industry contacts to make plans for the future.

Krishnan had already been working on research for her dissertation by spring 2019, when she won first place in the WSU Vancouver Research Showcase, said Pavithra Narayanan, soon-to-be academic director of the College of Arts and Sciences.

In her preliminary research, Krishnan said she built her contacts in the Hindi soap opera industry and tested research questions.

“Sree[nidhi] is a really wonderful human being and a really brilliant research scholar,” Narayanan said.

Growing up in India, Krishnan was surrounded by people, like her grandmother, who watched Hindi soap operas. She had a distinct fascination with the melodramatic productions.

As she grew older, she became interested in how they depict family dynamics. The productions claim to portray an authentic Indian culture, even though they do not, Krishnan said. This led her to wonder how soap operas are made.

She has always had easy access to media, which led to an inclination to study the subject, she said. Within the last few years, she has become a fan of Turkish dramas, but growing up she was surrounded by media not only in her native language, Malayalam, but also English, Hindi and Tamil, all languages she speaks fluently.

She said she moved to the U.S. in 2016 at age 22 to start her doctoral degree. As Krishnan is from India, she has also been better able to mentor her close friend Kanupriya Dhawan, a fellow anthropology doctoral student.

After Dhawan moved from India to the U.S., the pair shared an adviser who suggested they meet, Krishnan said.

Krishnan has been a good mentor to Dhawan, helping her understand the ins and outs of life as an international student at WSU, Dhawan said.

It does help that both students are from India, but as Dhawan knows other people from India, that is not the sole basis for why the two are good friends, she said.

Their friendship has largely been played out on technology, on Skype, over the phone or over email, because Krishnan and Dhawan go to school on different campuses, Dhawan said.

While they have only met in person one time, they talk often, at least once a week, and even wrote a paper together, Dhawan said.

While the dynamic in their friendship may be different than most because they meet for a cup of coffee over the internet rather than in person, it is clear to Dhawan that Krishnan is a lot of fun and a wonderful friend, full of intelligence and honesty.