Athletics department anticipates losing $6 million in revenue; 26 percent of cuts across all colleges could come from layoffs 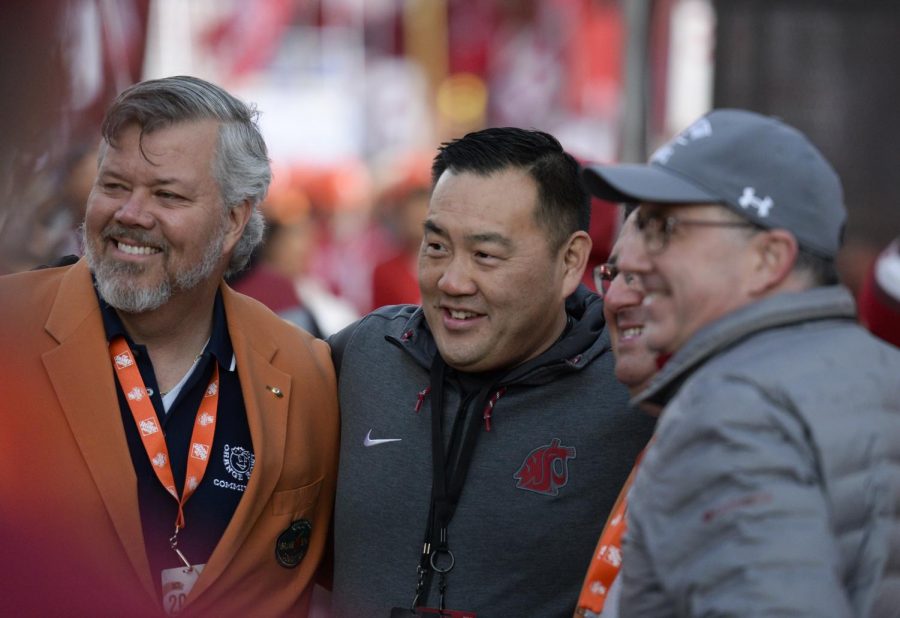 The WSU Board of Regents approved the WSU Athletics Budget, increased student tuition by 2.5 percent, and made cuts to President Kirk Schulz’s salary during the virtual meeting on Friday.

The department projects a $99.3 million debt by the end of fiscal year 2021, according to the proposed budget.

This projection comes without an official decision from the NCAA as to whether games, particularly football, will happen in front of a live audience during the 2020-2021 season.

WSU Athletics has consulted with the Seattle Seahawks and Seattle Mariners to determine the best physical distancing practices for games, Chun said.

“We know what our responsibility is to the public,” he said.

Officials at WSU Athletics told The Daily Evergreen earlier this month that the department did expect drops in revenue from donations, tickets and concessions. State funding does not go to Athletics, so it earns most of its money from football ticket sales and private donations, Chun said.

If the money does not come in as planned, Chun said they will have to turn to furloughs and layoffs within the athletic department.

President Kirk Schulz said he is confident that sports will continue, but attendance may not reach the record numbers from past seasons.

“I think we’ll play football this fall,” Schulz said. “I really do.”

Washington state officials announced Sunday they would pause the reopening of the state. This could affect Whitman County’s ability to move into Phase 4, which allows for large sporting events.

WSU’s colleges and departments, which rely on state funding, will also have to reconsider their budgets.

Stacy Pearson, vice president of finance and administration, said each college presented a budgetary reduction plan earlier this summer to cut at least 10 percent of their overall budget. This was to meet WSU’s goal of a state-ordered $37.2 million budget reduction.

Of the proposed 10 percent, Pearson said, 26 percent of cuts across all WSU colleges could come in the form of layoffs. This means potentially 2.6 percent of faculty could be let go.

Phil Weiler, WSU’s Vice President of Marketing and Communication, told the Evergreen that the specifics of these budgets will be made available once the cuts are decided July 15.

The regents unanimously approved a 2.5 percent increase to undergraduate and graduate student tuition for the upcoming academic year.

The board also will keep the Services & Activities fee at the same rate.

For resident students at the Elson S. Floyd College of Medicine, the board passed a 3 percent tuition increase, which will cost $1,151 per student, per semester.

Regents also approved a $40 addition to the mandatory student health fee. This bumps the cost of student health services from $204 to $244 per semester.

Student Regent Johanna Pantig said she and many students understood why the fee increase had to happen, but that the university could have done better at talking to students about it.

“Talking to student leaders, a big ask they would like is … better communication especially prior to this,” Pantig said.

She said there was a lack of widespread communication to global campus, international and out-of-state students.

Regent member Lisa Schauer said there are not easily accessible resources for “historically-marginalized communities,” including students of color and first-generation students.

“Two-hundred-fifty dollars may not seem like a lot, but it could make or break a student,” Schauer said.

The board also approved the biennial operating budget, which includes the completion of the medical school for $3.6 million. The budget also lists about $900,000 for maintenance and operation on other buildings.

The Board of Regents passed another fee increase, this time for prospective students. WSU’s application will now cost $70, which is as much as the University of California school system and $5 more than the application for Eastern Washington University.

The money from the application fee, like the money from tuition increases, will go toward coronavirus-related expenses, Pearson said.

The university will face many more financial problems as a result of the pandemic, Pearson said. The fee increases are short-term and necessary fixes, she said.

WSU faced financial trouble before in 2017, but the school was ahead of schedule reducing its deficit prior to the pandemic, according to an audit published in February 2020.

The school reduced its operating expenses, and increased its total current assets by $74 million as of June 2019, according to the audit. The university also started fall 2019 with a $7.9 million surplus, according to an article in The Daily Evergreen.

Pearson said the coronavirus will have long-term effects on the school’s ability to keep up with the five-year budget recovery plan.

“WSU expects significant costs associated with campus preparedness this fall in light of the COVID-19 pandemic,” according to the meeting agenda.

The school expects less money from the state and a decline in enrollment, according to the meeting agenda.

Schulz will take a salary cut of 10 percent, said Chairman Brett Blankenship. The board also decided to sell the president’s condominium in Seattle as well as several vehicles, which had been used for necessary travel.

The full meeting agenda and all action items can be read in full here.

Editor’s Note: This article has been updated to correct the percentage of budget cuts that could come in the form of layoffs.